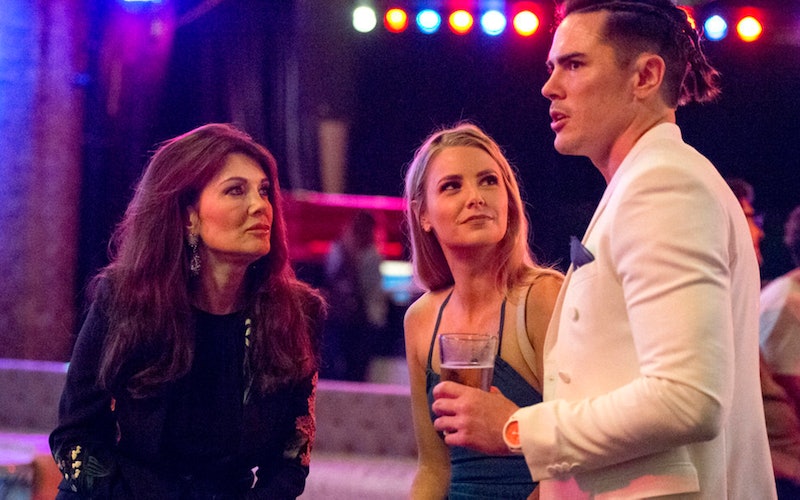 On this week’s episode of Vanderpump Rules, something truly surreal happened. Frankly, I still can't believe my eyes saw what they saw. And no, I’m not talking about that scene where James plunked away at a keyboard whilst zipping around on a hoverboard (that beautiful moment felt like home and was the opposite of surreal). I’m talking about Ariana and Tom Sandoval valeting a bicycle. Not at a bike valet. A car valet. Where cars are valeted.

Recreating their Season 4 bicycle built for two moment, Sandoval and Ariana pedaled on over to a restaurant for a date. Er, Sandoval pedaled while Ariana stood on the pegs and held on. Once they arrived at their destination, Sandoval wheeled his ride over to the man at the valet stand. The friendly attendant asked if they’d like to valet the bike. And because our sweet Sandoval knows what makes for excellent reality TV, he said yes. He was not about to let something like valeting a bicycle slip through his fingers. And with that, the valet driver rode Sandoval’s bike into the parking lot. All parties involved seemed amused by the situation. Meanwhile, I was floored by what just happened. I had no idea you could valet your bike at a car valet stand. Yeah, it'll set you back a few bucks, but it could be a solid option if you forget your lock at home or the nearby signposts aren't sturdy. Or, you know, if you just feel like valeting your two-wheeler.

I waited for Ariana and Sandoval to discuss the logistics of valeting their bicycle over their meal, but it never happened. Instead, they just talked about how much they like each other. Which, fine. But I needed more details about the bike valet situation.

Will any valet park a bike, or does it depend on the establishment? Did the valet adjust the price for the bike? Is this something Sandoval and Ariana have done before? What would they've done with the bike if the valet was like, "lol just kidding, buddy" and refused to park their non-car? Did Ariana have a lock tucked in her purse just in case? Is valeting a bike the most L.A. thing ever? It's gotta be in the top 25, right?

Five seasons in, and you continue to open my eyes, Pump Rules.