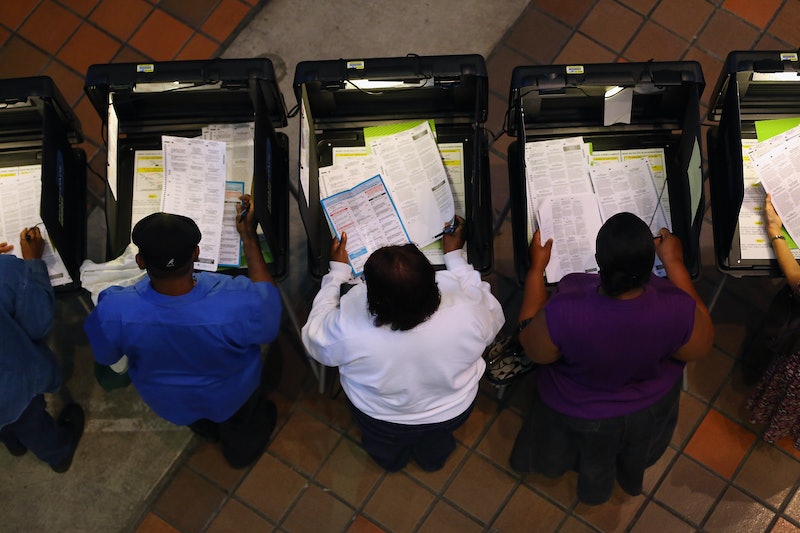 Donald Trump and his supporters have filed lawsuits in Michigan, Pennsylvania, and Wisconsin to try to stop vote recounts. Now, three Florida voters have decided to turn the tables on the president-elect by insisting on a recount of the state's paper ballots — by hand. But will the Florida recount lawsuit be successful?

It's unlikely, but Clint Curtis, an attorney representing the plaintiffs, said he wants Trump's team to cooperate with the recount effort. "If he’s serious about putting the country before himself and fixing the rigged election system he kept talking about," Curtis told radio station WLRN, "and making sure it's not hacked by a foreign government that six months later comes in and destroys America's faith in its institutions by saying look 'we hacked your elections and you're so stupid you didn't find out' — there are a lot of problems with not finding out what the actual results are." And Curtis isn't alone in speculating about the possibility of hacking by a foreign government. The director of the National Security Agency, Admiral Michael Rogers, claimed Russia interfered in the 2016 election, and Curtis' clients cited numerous computer scientists who said voting machines could be hacked or tampered with.

The Florida lawsuit is separate from the effort spearheaded by Green Party candidate Jill Stein, which has so far triggered recounts in Michigan, Pennsylvania, and Wisconsin. Lawrence J. Tabas, general counsel of the Republican Party of Pennsylvania, another state where Stein is pushing for a recount, told The New York Times that Stein and her supporters "know they have no claim... I couldn't even call it a Hail Mary pass, because that would be insulting to the Hail Mary pass."

But as one of Stein's lawyers, Mark Brewer, pointed out, "the original source of the allegation that this election was rigged was Mr. Trump," the New York Times reported. Since recount efforts began, however, Trump has blasted them in his tweets. And strangely enough, he's claimed via tweet that "In addition to winning the Electoral College in a landslide, I won the popular vote if you deduct the millions of people who voted illegally." As in, Trump is questioning the integrity of an election of which he has been declared the winner.

Still, supporters of the recount effort, including Stein herself, admit that overturning the election results is unlikely — but that the recount has a bigger purpose. "These recounts are part of an election integrity movement to attempt to shine a light on just how untrustworthy the US election system is," Stein wrote on her website. Similarly, Curtis acknowledged that a reversal of election results is dependent on Trump's reaction to the lawsuit; Trump and other defendants in his clients' lawsuit could just ignore it until Dec. 19, the day when members of the Electoral College get together to cast their votes, he told USA Today. But Curtis hopes Trump not being a "normal politician" will cause his team to cooperate with Curtis' clients. Curtis is right; Trump doesn't follow the patterns of your average politician. But we'll have to wait and see what he decides to do about the recount.