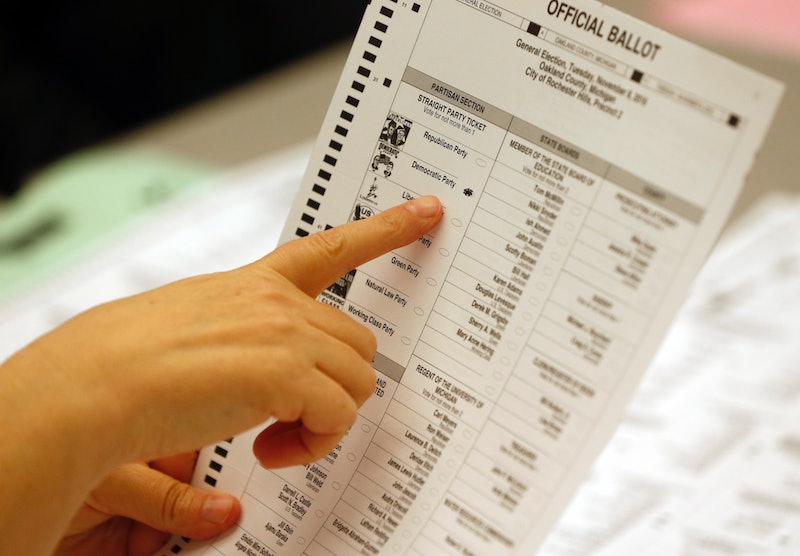 You may have heard of Green Party candidate Jill Stein's vote recount attempt, but some voters in Florida have taken the effort a step further. Three Florida voters have demanded a recount by hand of the state's paper ballots. The plaintiffs claim Democrat Hillary Clinton actually won in Florida, citing causes including but not limited to "the pervasive malfunctioning of voting machines," "tens of thousands" of improperly counted illegal votes, and hacking. The plaintiffs expect the lawsuit's defendants, President-elect Donald Trump, Vice President-elect Mike Pence, certain Florida officials, and Florida's presidential electors, to pay for the recount.

Florida has its Secretary of State order an automatic recount if the difference between the number of votes cast for each candidate is 0.5 percent or less. Unfortunately for Clinton supporters, Trump officially beat Clinton by more than 100,000 votes, or 1.3 percent, in Florida, thus securing the state's 29 electoral votes. But according to a Florida statute, any taxpayer can contest the outcome of an election in Circuit Court, which is exactly what these Florida voters have done, alleging that 1.67 percent, or 160,450 of Florida's votes, were not actually counted. They allege that illegal votes were tabulated, and that legal votes were excluded.

The lawsuit claims a number of esteemed computer scientists have acknowledged the possibility that electronic vote machines could malfunction or be hacked. It cites computer scientist Harri Hursti, who has spoken to these potential vulnerabilities: "The only way to reliably detect such attacks on the election results is to recount the ballots manually, without reliance on potentially hacked election equipment." Additionally, the plaintiffs cite polling and predictive turnout models as overwhelmingly predicting a Clinton win of Florida, even for news outlets that projected an overall Trump win. When these factors are combined, the lawsuit reads, "it is definitely worth examining the ballots to determine the will of the people."

Those hoping for a swift recount, however, will very likely be disappointed. Orlando attorney Clint Curtis, who is representing the plaintiffs told USA Today that the defendants don't have to respond to the lawsuit before Dec. 19, when members of the Electoral College meet to cast their votes for president. Still, Curtis brought up how Trump "mentioned he wants to fix the rigged system," pointing out that a recount in Florida would be an opportunity to do so. "If it were a normal politician, I'd say our chances are very slim," he told USA Today. "But it's not a normal politician — it's Donald Trump."

We'll have to wait and see whether Trump, who has previously disparaged recount efforts in other states on Twitter, will go along with the recount effort. Given the president-elect's behavior so far, it seems unlikely.