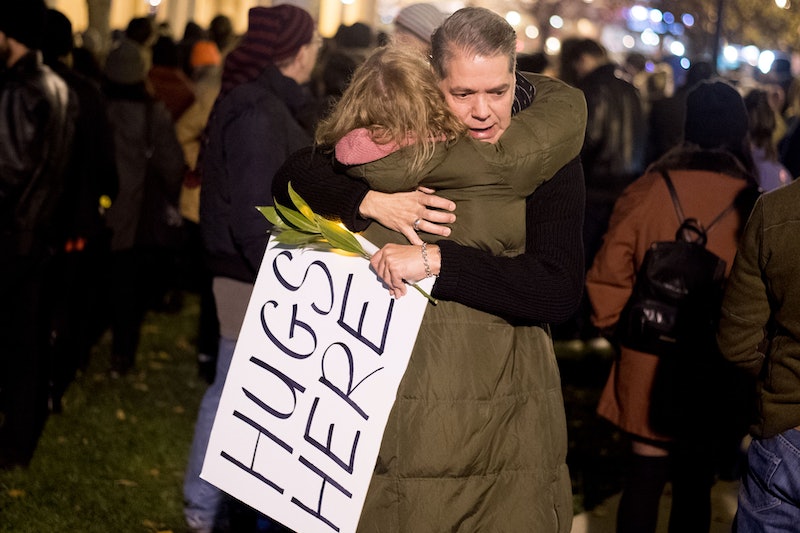 The 36 victims of the Ghost Ship warehouse fire were honored at Oakland's Lake Merritt in a Dec. 5 memorial. Around 4,000 people were expected to attend the vigil for the victims of the destructive fire, which broke out at the warehouse on Dec. 2 during an electronic music party, according to KRON4. The Ghost Ship had been converted into an artists' collective, and the two-story, close to 10,000-square-foot building was still being investigated for habitability when it caught fire, NBC News reported.

"The hardest thing is knowing who was there that night and we still don’t know who is out there," Jenna Burnett, who had been in the area herself that night and knew people who had been at the warehouse party, told The Mercury News. Even sadder is the realization that some victims of the fire knew they would not make it out alive; one woman received a message from her daughter which said, "I love you. I’m going to die, Mom," The Mercury News reported.

But in the wake of such a horrific tragedy, people still managed to come together, both to comfort each other and to honor the dead with candles and music. Here are some photos from the Lake Merritt vigil.

Attendees of the vigil wrote the names of victims of the fire, honoring them individually with candles.

2. Flowers By The Lake

People brought flowers with them, arranging the blooms on the barrier between the lake and the land.

Hugs are one of the most comforting ways to console someone without words, and at the vigil, even strangers came together to share their grief.

One man, while addressing the audience, said that "Closure doesn't exist." Attendees shared the stories of their loved ones with each other.

5. The Mayor Was In Attendance

Oakland Mayor Libby Schaaf was reportedly booed and told to leave. This may have to do with the fact that city officials did not always enforce laws regarding dangerous, illegal residences like the Ghost Ship, Oakland City Council member Noel Gallo told NBC News. "For young people and anyone else to lose their lives that way — it was preventable," Gallo said.

Toward the end of the memorial, attendees turned their attention to police, telling them to leave and take their guns with them. Two people were arrested for public intoxication, BuzzFeed Tech reporter Caroline O'Donovan tweeted.

Some attendees shared community prayer boats, ostensibly to float on Lake Merritt in honor of the fire victims.

People of all ages came together at the Lake Merritt vigil, from small children to adults.

9. How To Help In The Aftermath

Many of the victims' families are facing both the tragedy of losing a loved one and the impending costs of providing for their funerals. You may be wondering what you can do to help in the aftermath of the fire; one answer is, donate. You can help survivors, victims, and their families by supporting these fundraisers.

Another way you can help? Help people like city council member Gallo push for strict enforcement of housing laws in Oakland. Tragedies like Ghost Ship are preventable. While grieving is natural and often necessary, it's also important to figure out how to stop such horrific events from happening again.