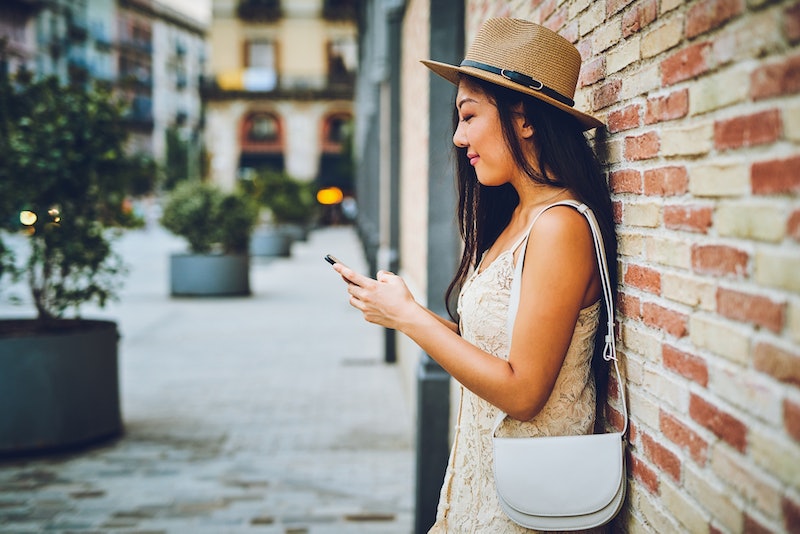 A lot of our conceptions of addiction are pretty old-school. Drugs, alcohol, cigarettes: if you mention "addict," these are likely the concepts that come up. But the world is changing, and as new technologies and products come onto the market, our understanding of the concept of addiction is changing with it — and millennials, often the target of new innovations, are particularly at risk. Millennials are obviously not fundamentally different on a neurological level from any other generation, but their environment, it seems, is increasingly creating risks for addiction, even in unexpected places.

Addiction is, unfortunately, always a problem for young people in particular, because of the nature of their brains. A 2012 study found that the adolescent brain, which is impulsive and risk-taking, is particularly vulnerable to developing addictive behaviors, because habits in those years of your life are heavily tied to the part of the brain that provides rewards. The "reward circuitry," as it's called, has a huge role in producing addiction, and differs significantly in the brains of adults and teens. Young people are more likely to get addicted to things, from substances to smartphones, purely because their neural circuitry is more oriented towards it. Which sucks, but is also something to be very aware of.

Here are four aspects of millennial life that create the possibility of an addiction loop in the brain, creating a driving need, going into withdrawal if denied, and needing more and more to keep itself happy and rewarded.

Ah, e-cigarettes, the cigarettes of the future. But even though they've proved seriously popular among millennials (one assessment calls them "this generation's cigarette"), vaping is creating increasing concern among scientists for its potential addictive properties. Earlier in December, no less than the U.S. Surgeon-General called out permissive e-cigarette culture, particularly for young people, because of the risks it contained for addictive behavior and health problems.

E-cigarettes are now the number-one tobacco product among millenials, and the Surgeon General wants everybody to be clear that there's no such thing as a "benign" experience of nicotine, particularly because young people are particularly vulnerable to its effects, which "include addiction, priming for use of other addictive substances, reduced impulse control, deficits in attention and cognition, and mood disorders."

Part of the problem is that e-cigarette science is still in its infancy; prominent medical journal The Lancet produced a thorough debunking of a 2015 report that e-cigarettes were 95 percent less dangerous than cigarettes, calling it "methodologically weak." If it does turn out that nicotine worries in e-cigarettes are valid, millennials will be particularly at risk.

We Grew Up With Cell Phones

One of the most problematic new technologies available to young people these days appears to be the otherwise-innocent smartphone. It seems that constantly being attached to your smartphone can develop something called "behavioral addiction," which is distinct from substance addiction but produces some of the same effects in the brain, including the experience of withdrawal.

One of the main instigators of the idea of behavioral addiction to smartphones is James Roberts, a professor at Baylor, who's done numerous studies on the tie between addictive behavior and smartphone use in young people. He and his colleagues produced a framework in 2014 that suggests that "everyday benign consumption" (behaviors like texting or shopping) can become addictive because the reward circuitry in the brain is much the same as the one used for things like gambling or substance abuse. It's not just Roberts, though. A study in 2011 by the University of Maryland found that "withdrawal" is a real thing when it comes to detaching from technology for a 24 hour period among young people worldwide, and that most broke down and "had a hit" before the full 24 hours was up.

This one isn't restricted to millennials, but it's likely getting worse as the platforms expand (Pokemon Go, for instance, is developing in this area): multiplayer online gaming platforms, according to a landmark study in 2009, provide a serious risk for behavioral addiction among children and teens. People at risk, the study pointed out, "become preoccupied with gaming, lie about their gaming use, lose interest in other activities just to game, withdrawal from family and friends to game, and use gaming as a means of psychological escape."

Why multiplayer games? Interestingly, a study from 2012 highlighted that there's some difference in the motivations of people who become gamers that can pinpoint their risk of addiction. Multiplayer platforms, they noted, "require a high degree of commitment and time investment from the players to the detriment of occupational, social, and other recreational activities and relations," and you can tell who might become addicted because of their motivations: escapism, apparently, is a big consideration. Which is a worry considering how much people require escapism at this particular (horrible) period in history.

According to the neuroscientist Dr. Daniel J. Levitin, one of the core problems of technology in the modern world isn't necessarily that there's a specific form that ferments problems: it's that there are too many options, and that creates the potential for addiction. The fact that may people, particularly in the younger generation, regard seamlessly switching between technological devices at once as perfectly normal is, to him, a real worry. "Multitasking," he wrote in The Guardian in 2015, "creates a dopamine-addiction feedback loop, effectively rewarding the brain for losing focus and for constantly searching for external stimulation."

According to this conception of the modern world, one of the most highlighted aspects of the millennial experience — constant multitasking — also leaves it deeply vulnerable to addictive behavior. A study released in 2016 found that multitasking millennials risk a lot of brain function, from reduced volume in particular brain areas to emotional intelligence. Levitin adds addiction risk to this list, noting that it's not just the multi-platform aspect of our tasks but the swiftness of their response that creates the difficulty.

"Each time we dispatch an email in one way or another, we feel a sense of accomplishment, and our brain gets a dollop of reward hormones," he notes. "Make no mistake: email-, Facebook- and Twitter-checking constitute a neural addiction." So if you made it to the end of this article without doing something else in the middle, consider yourself accomplished.