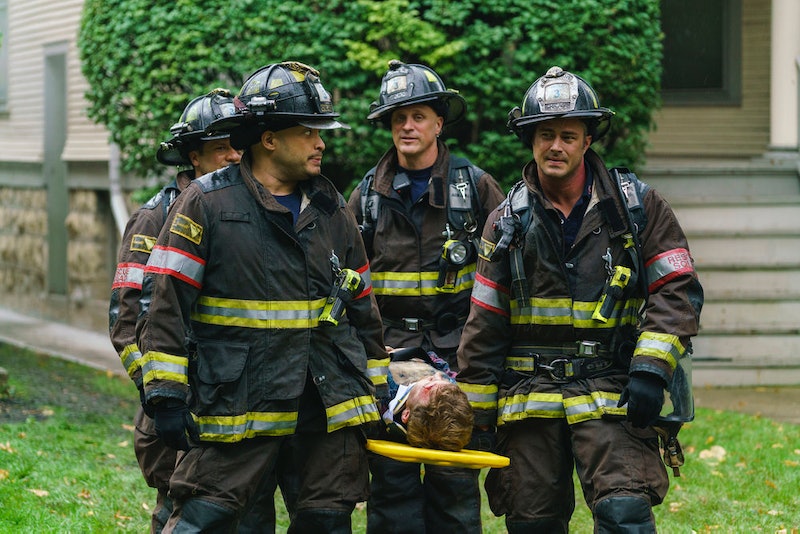 When your favorite shows go off the air for a whole month (or more) in the winter months, those four weeks can feel like an eternity. It’s cold outside, all you want to do is stay in and watch television and eat take out, and your faves aren’t even new! Such is true with Chicago Fire. The Season 5 midseason finale of Chicago Fire airs December 6, but when does Chicago Fire return in the winter? Fortunately, fans don’t have to wait that long for the show to come back.

And that’s good, because Season 5 of Chicago Fire has been quite the rollercoaster. There has been grief, a mentally unstable ex-boyfriend, insubordination, a custody battle, an acid spill, graffiti, a lawsuit, and divorce, and there have only been seven episodes. Season 5, Episode 8, which airs December 6, is the show’s 100th episode, and I’m sure that it will be a doozy with plenty of unanswered questions in the end. Luckily, according to the NBC Press website, Chicago Fire returns January 3, 2017, so that only about a month of no new Chicago Fire! That’s not so bad! You can enjoy the holidays and a happy New Year celebration and then bam — Chicago Fire is back on the tube, new and ready to view.

Speaking of ready to view, let’s take a look at the preview for the 100th episode and see what we can pull out of it.

I'm not sure I care about Steve from Sex And The City (I know David Eigenberg has had a long career, but he'll always be Steve of Steve and Miranda to me) talking about how great Chicago is as a city, so the obvious takeaway is the whole Dawson and Casey (aka Jesse Spencer, who starred in the Olsen twin movie Winning London if you didn't know) thing. Are these two finally getting married? Now that Dawson finally has full-time adoptive custody of Louie (or at least it seems that way, but everything goes wrong on this show), Casey wants to be a family. They're in love, they love this little boy, and it's time to make it all honest. I would prefer to watch these two have a nice happy moment for once.

What else can we extrapolate from those thirty seconds? Not much else. There's a little bit of Severide and a little bit of everyone else, but not much drama. Given that its the 100th episode, though, I'd expect a wallop of a cliffhanger — it's a big number for a television show to reach in general, and Chicago Firehouse 51 never disappoints in bringing tears and fears and plenty of drama. My guess is something happens to Severide, because when has that guy ever caught a break? Whatever happens, I think we'll all be clinging to the edge of our fire poles in wait for January 3.

More like this
Everything We Know About When To Expect The Rest Of The Upshaws Season 2
By Kadin Burnett
Everything We Know About When To Expect Money Heist: Korea Part 2
By Kadin Burnett
'The Undeclared War' Spotlights The Real-Life Threat Of Cyber Attacks
By Maxine Harrison
Winter 'Love Island' Is Officially Coming Back & Twitter Has Thoughts
By Sam Ramsden
Get Even More From Bustle — Sign Up For The Newsletter