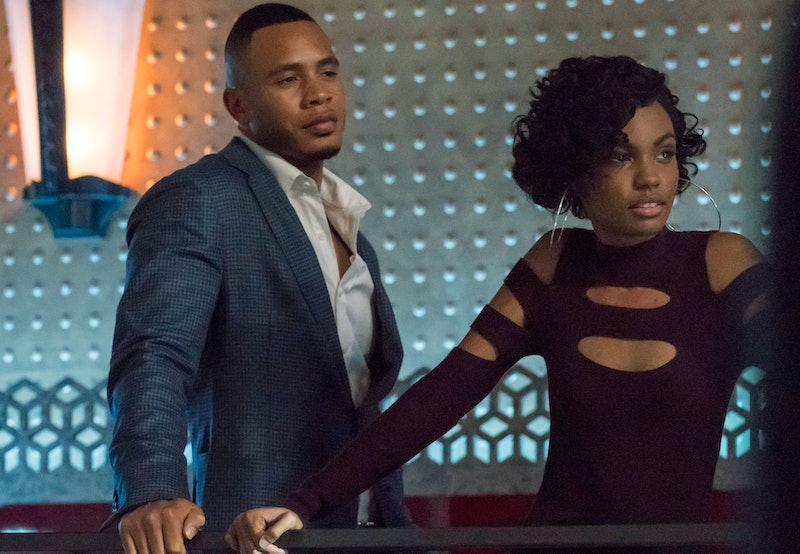 Just when you think that Andre Lyon can’t get any worse on Empire, he decides to bring Nessa, his girlfriend and a singer on the Empire Enterprises label, into it all. In fact, Andre and Nessa sabotaged Tiana on Empire, more or less cementing them as a new criminal duo of sorts. Nessa, don’t you have any love for yourself, girl? Andre let her into his Lucious-esque, diabolical planning a few episodes back when he revealed that he set up the whole Empire hacking thing. And now Nessa is into this Bonnie and Clyde ’16 lifestyle Andre is setting up. What is going on in their heads, guys? I can't even tell you.

I’m so glad that Gina Gershon of Showgirls fame was in this episode as a hoity-toity fashion designer, because the stunt that Nessa pulled on Tiana was some Showgirls-type ish. Tiana was headlining the fashion show for Gershon’s character (all of this was definitely modeled on the Victoria’s Secret Fashion Show), and Nessa decided that she wanted that job and Andre was going to help her get it.

So Andre made it so that Nessa would be “shadowing” Tiana while she was prepping for her show, and then Nessa “accidentally” burned the couture gown that Tiana would be wearing with a curling iron. Seriously, though, the way that gown went up in flames, are we sure it was couture? Only polyester burns like that. Anyway, Nessa then caught Tiana in a tirade against her and the fashion designer, Andre posted it on the Internet, and then he suggested that Nessa replace Tiana because Tiana is obviously too volatile to perform. Bam — Nessa got her headlining gig.

I have to hand it to these two; their dreams of Empire domination seem feasible. The only person that’s onto them right now is Hakeem, and I hope that Hakeem can pull his head out of his you-know-what in time to stop Andre from turning into their father. Hakeem and Tiana shared a nice hair-braiding moment, so maybe they’ll actually be nicer to each other. Maybe Hakeem will let her in on the secret, too. The fall finale of Empire is quickly approaching. I can't wait to find out what Nessa and Andre have planned next.