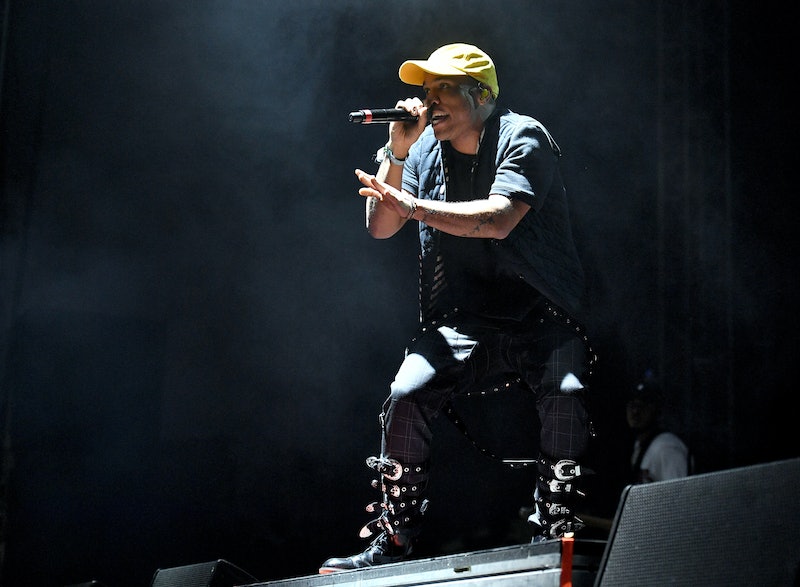 Now that Anderson .Paak has secured himself a 2017 Best New Artist Grammy nomination, things will undoubtedly get a little bit crazier for the artist who blends the lines of hip hop, R&B, funk, and jazz to create a sound that is indisputably his own. Millions of mainstream audiences will be introduced to Paak on Grammys night, and might be struck by his unique stage name, which includes a "full stop" before his last name, so why is there a period in Anderson .Paak's name?

Considering the thoughtful and creative artist that Paak is, the period in his name is very intentional and is an extension of his full persona. As Paak's popularity rose, outlets were curious about to the young, relatively unknown, artist who had already such a clear understanding of his presence, à la Prince. In an interview with NPR in January 2016, Paak was asked why the period in his name was important, and he replied,

"The dot stands for "detail" — always be paying attention to detail. I feel that people take you as serious as you take yourself. I spent a lot of time working on my craft, developing my style, and after I came out of my little incubation I promised that I would pay attention to detail. And on top of that, I want to make sure that dot is always there to remind me and to remind others."

It sounds like the period in his name serves as a reminder of his evolution as an artist. In a profile for The Guardian in April 2016, Paak admitted that he was not as serious about his image during his beginnings as a performing artist, which he thinks probably held him back. He said,

“I thought things would just fall into my lap... So I’d put my career in the hands of just about anybody. And before I knew it I was in my late 20s, and things just weren’t sticking. Plus, in LA image is more than half the battle, and I was just a music nerd who never gave a f*ck about image."

Although it seems like such a tiny attention to detail, some of the greatest artists of our past have crafted their persona so carefully and they have truly stood the test of time. Paak also revealed that the period was also an answer to his first stage name, Breezy Lovejoy. He continued,

“I didn’t always take myself that seriously...Image-wise, I was somewhat of a jokester. I didn’t really know what I was doing.”

So, there you have it. The period in Anderson .Paak is a deliberate way to remind him of his beginnings and how important it is for him to develop his style and let him stand out from the pack. And, well, it's working.