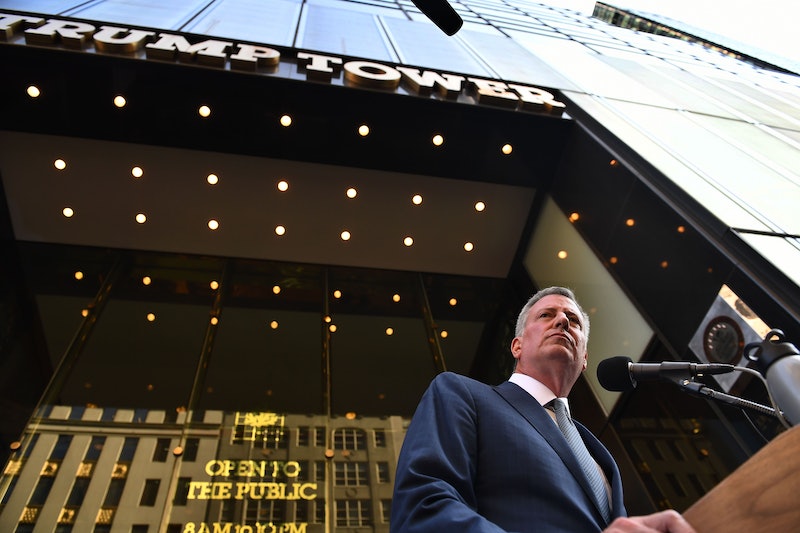 The 2016 election was strange — more people voted for Hillary Clinton, but because of the geographic location of those people, Donald Trump won. California preferred Clinton to Trump by almost two-to-one and over 4 million votes, and she trampled her opponent by similar margins in other large blue states like New York, Massachusetts, and Illinois. But because of how the election played out in some of the less-populous states, Democrats have been blocked off from controlling not only the White House, but both houses of Congress.

Many Americans in the parts of the country that went blue in a big way feel powerless. But in the month since Trump's election, I'm beginning to see progressives remember a principle usually championed by conservatives: state and local rule.

We can see it in the actions of city governments in the progressive coastal enclaves that overwhelmingly rejected Trump. Trump and the Republicans plan to pass large tax cuts, mostly benefiting top earners. Portland, Oregon, meanwhile is considering a special tax that would affect businesses whose CEO makes 100 times the median salary.

Trump spent much of the election raging against "sanctuary cities" that allow undocumented immigrants to live and work comfortably. In the wake of Trump's election, the mayors of America's three largest cities, Bill De Blasio of New York, Eric Garcetti of Los Angeles, and Rahm Emanuel of Chicago, all doubled down on their cities' convictions to be home to diverse populations and immigrants.

De Blasio, who faces reelection next year, has worked to position himself and his city as a champion of diversity, such as by highlighting a recent hate incident facing a Muslim NYPD officer.

The potential for progressive action in blue states is enormous — if activists can organize. Major Obama victories like the Affordable Care Act and marriage equality both began as policies in deep-blue Massachusetts during the Bush administration (oddly enough, with Mitt Romney as governor). Several cities have already passed $15 minimum wage laws. Even as Trump and a Republican Congress won on Nov. 8, marijuana legalization laws passed in California, Nevada, and Massachusetts, bringing the total up to seven states and Washington D.C. In the wake of a Democratic presidential primary where both candidates outlined blueprints to bring the country significantly to the left, there is a ready-made roadmap for progressive utopia in those states with the political will to make it happen.

In a piece for the Washington Post, Steven Pearlstein argued that Trump's agenda provides even more potential for blue states to expand progressive economics. Large-scale federal tax cuts would benefit blue states, like New York, Connecticut, and New Jersey, which pay far more money to the federal government in taxes than they receive in spending (despite voters in both these states and red states seemingly voting against their self-interest). If Republicans lower taxes for the rich, much of that money will go to states that voted overwhelmingly for Clinton. State governments could presumably raise revenues from the rich comfortably, while still keeping the overall tax burden below where it is now.

As for what liberals should do with that money, the sky is the limit. Single payer healthcare? Free public college? Aggressive climate legislation? Paid family leave? If Trump's victory bums you out, get involved in your local and state elections (or even run yourself!), and make your dreams happen.