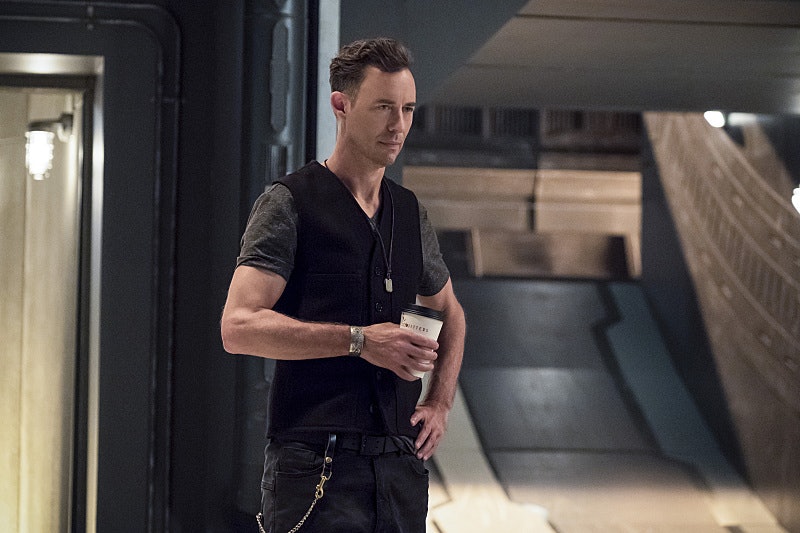 Now that the alien invasion/epic superhero crossover is over, it's time for The Flash to get back to its regular villains. That includes the identity of Savitar, who calls himself the God of Speed, but was only human in the comics. Knowing this show, it's likely that we've already met Savitar in human form. Could Savitar be H.R. Wells on The Flash ? The team may have unwillingly brought the latest big bad to Central City themselves.

He's been shady in a way that none of the team at S.T.A.R. Labs could define since he first arrived on Earth-1. While I like that he wants to train Wally, saying "they don't know your full potential" is right out of the villain handbook. Why else do I think he could be Savitar? It's established that this Wells has a device that allows him to alter his image. He could totally have a giant spooky triangle face without anybody knowing.

I also think that, if Savitar is HR, he's probably from the future. That additionally lets us have the best of both worlds — a quirky new Wells that's fun to watch, and a secret that he can't control. Plus, I like the idea of the different variations of Harrison Wells alternating between good and evil each season. He was secretly the Reverse-Flash in Season 1, and good but kind of rude in Season 2. It would be neat to go back to bad guy for Season 3, with an additional twist.

Other options for Savitar's potential identity include Wally West, Dante Ramon, and maybe even Jesse Quick. There are plenty of people obsessed with speed in this universe. However, the new kid in town is always a good place to start. Since Julian has already revealed himself to be Alchemy, the next most suspicious person on The Flash is this new Wells.