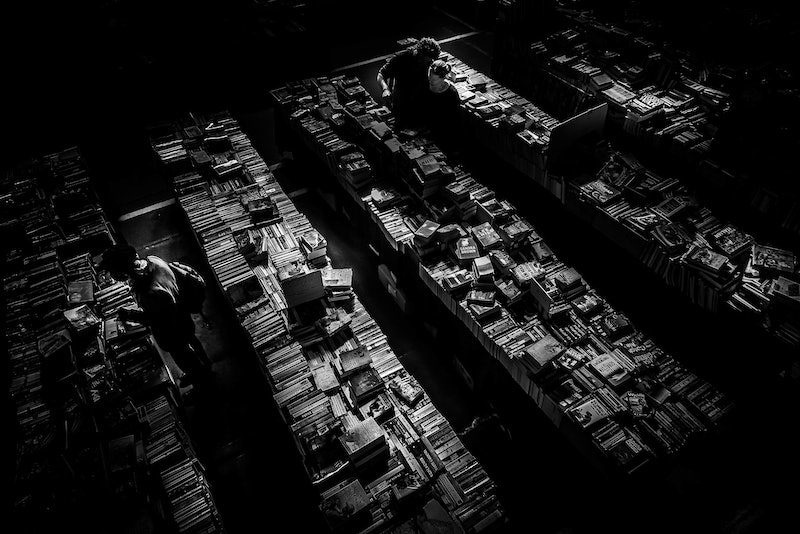 Here we go: the worst book controversies of 2016. The young adult world publishing world isn't new to controversy, but 2016 seemed to really push the boundaries. Books were pulled from publication. A celebrated, award-winning author was criticized for making a speech that many believed to be racist. And countless authors made light of Native representation.

But with controversy comes backlash. And with backlash came an outcry to "Keep YA Kind." The question that should be asked is: who exactly are we "Keeping YA Kind" for? White women? Black women? Women of Color? Queer authors? Trans authors? Is Keep YA Kind reserved for white authors who make mistakes?

But let's step back for a minute. This is not a negative post, nor is my intention to re-drag (is that a word?) authors. As 2016, the collectively worst year of our generation ends, we have to retrace our steps and understand what went wrong so that in 2017 we do not make the same mistakes. In no particular order, here is a list of the worst book moments of 2016 — and a few alternate reading suggestions.

Controversy #1: When e.E. Charlton-Trujillo created a "new Black slang" for When We Was Fierce.

When We Was Fierce centers on Theo — better known as "T" — who witnesses a gang-beating of a disabled kid. T interferes in the violent beating — but afterwards, he and his three friends are "marked" by the gang.

Author e. E. Charlton-Trujillo directed an award-winning documentary, At-Risk Summer, which documented her travels across the country to visit libraries, juvie halls, traditional schools, and give workshops to at-risk youth. The documentary is truly powerful and gives a voice to the kids she visited. But the documentary is not the book.

When academic librarians, bloggers, and publishing professionals, including Edith Campbell, Jennifer Baker, K.T. Horning, reviewed the book, they took issue with the books problematic representation of black youth. Their reviews alleged that When We Was Fierce reinforces negative stereotypes of inner city youth. Additionally, the book is told in a made-up vernacular meant to resemble "street slang" and reconstructed Ebonics, which many found problematic.

The publisher, Candlewick, issued a statement in response to the backlash announcing their plans to postpone the release of When We Was Fierce in order "to take some time for further reflection."

For books with authentic representation of black youth, read these books:

How It Went Down by Kekla Magoon , $6, Amazon

When I Was The Greatest by Jason Reynolds , $6, Amazon

Controversy #2: When the release date of The Continent by Keira Drake had to be postponed because the story hinged on racist tropes.

The Continent follows Vaela Sun, a girl who is gifted a tour of the Continent for her 16th birthday. When her plane crashes, she becomes the lone survivor of her trip, and she is left stranded to survive on the the Continent — a dangerous place where feuding savages have been locked in battle for centuries. As many reviewers pointed out, the savages appeared to be based on Native American and Japanese peoples. Author Keira Drake countered those accusations and argued that her book was meant to be an allegory of war and violence.

In an article for YA Interrobang, I broke down Keira Drake's apology and explained the process of creating fantasy worlds that don't depend on stereotypes. Scholar Debbie Reese of American Indians in Children's Literature "storified" the events from her perspective and reactions in her series "Debbie Have You Seen..." Other reviewers and book bloggers found the themes of the novel problematic.

In the end, Keira Drake and Harlequin Teen decided to move the publication date of the novel:

The novel has not been issued a new release date.

For fantasy that does diversity right, read these books:

Controversy #3: When Tommy Wallach romanticized mental illness by making a joke about suicide.

Author Tommy Wallach can't seem to stay out of trouble. Whether it's explaining how feminism works, or playing the Black friend card, or defending atheism a day after the Paris attacks, and most recently his joke about his new cover for Thanks for the Trouble. In a post announcing the book's new paperback cover, he wrote: "That's a damn sexy bridge right there. I could really get into jumping off it. :)"

The bridge featured on the paperback cover of the novel is meant to be a nod at the ending of the story, but that doesn't excuse Wallach's joke about suicide. Many authors and members of the YA book community took offense to his casual dismissal of mental illness, and many wrote posts about the dangers of joking about suicide. Two notable pieces to read include Nicole Brinkley's "The Curious Case of Tommy Wallach" and "We Need To Talk About Tommy" by New York Times bestselling authors Victoria Schwab and C.J Redwine.

For stories that don't romanticize mental illness, read these books:

It's Kind of a Funny Story by Ned Vizzini , $9, Amazon

More Happy Than Not by Adam Silvera , $10, Amazon

Earlier this year, J.K. Rowling came under fire for alleged appropriation of Native folklore and misrepresentation of Native people and cultures in her four-part story, "A History Of Magical America." The stories position Native people as magical, imaginary creatures, instead of people with a rich culture and history of oppression. Furthermore, the stories don't seem to be particularly informed history on this side of the pond; the stories gloss over 200 years of American history, skipping the genocide of Native Americans.

One of Rowling's most vocal critics on the subject, Dr. Adrienne Keene, wrote on her blog, Native Appropriations:

"We're not magical creatures; we're contemporary peoples who are still here and still practice our spiritual traditions, traditions are not akin to a completely imaginary magical world... In a fact I quote often on this blog, it wasn’t until 1978 that we as Native peoples were even legally allowed to practice our religious beliefs or possess sacred objects like eagle feathers. Up until that point, there was a coordinated effort through assimilation policies, missionary systems, and cultural genocide to stamp out these traditions, and with them, our existence as Indigenous peoples. We’ve fought and worked incredibly hard to maintain these practices and pass them on."

In a National Geographic article written in response at to the controversy, writer Becky Little explains the harm of Rowling's stories: "For native children, this presents a problem if most of the images they see of themselves are otherworldly, long gone, or sports mascots."

For accurate representation of Native stories, read these books:

Controversy #5: When The Love That Split the Universe by Emily Henry featured problematic Native representation.

Movie deals are great news for an author, and in mid-March, Lionsgate announced its option of Emily Henry's YA debut, The Love That Split the World. Unfortunately, many book reviewers and scholars took issue with the book's representation of Native people.

The book is a love story about Natalie Cleary, a girl who risks everything for the boy she loves. Natalie is Native, and she was adopted by a white family when she was a baby. One of the novel's most vocal critics, Debbie Reese, pointed out discrepancies in the use of Native American law that protects children, and the use of tired tropes ("wise grandmothers") as well as the noticeable differences between Natalie's kind, white adoptive family and her birth family on the reservation.

It's worth noting that Debbie Reese is not a book reviewer or a book blogger. She is a scholar whose work for American Indians in Children's Literature (AICL) "provides critical perspectives and analysis of indigenous peoples in children's and young adult books, the school curriculum, popular culture, and society."

Author Justine Larbalestier defended Debbie Reese's critique, stating: "If a scholar of @debreese's stature had critiqued a book of mine I'd absolutely want to know about it."

For accurate representation of Native stories, read these books:

Controversy #6: When Lionel Shriver gave a speech making light of cultural appropriation and racism in literature.

On September 8th, 2016, Lionel Shriver began her keynote at the Brisbane Writers Festival with, "I hate to disappoint you folks, but unless we stretch the topic to breaking point this address will not be about “community and belonging.” She then put on a Mexican sombrero and talked about the right of the fiction author to write whatever they want. If you want to relive it, here is the transcribed speech.

The sombrero was meant to represent two things. Shriver wore it in solidarity with Bowdoin College students who were ejected from their dorms for throwing a tequila party in which they dressed up as Mexicans in sombreros. The second metaphor is one she ends her speech with. "We fiction writers have to preserve the right to wear many hats – including sombreros."

Many critics and writers took offense to Shriver's display — with good reason! — and the critiques weren't limited to Twitter. The New Yorker, The Washington Post, Vox, The Guardian and others all published pieces criticizing Shriver's misguided speech.

Instead, read these books:

This Side of Home by Renee Watson , $9, Amazon

When The Moon Was Ours by Anna-Marie McLemore , $11, Amazon

2016 was a tough year. In a post for School of Library Journal, publisher Jason Low of Lee & Low wrote something that I always try to remember: "Controversies should help us see our blind spots better, and inspire us to take the time to become experts in areas where we fall short."

We need to have conversations about negative representation, without the outcry of censorship. We need to listen. We need to do better for the people we write for and about. It is time we move past #KeepYAKind and #KeepYAHonest.

There were also many good things to happen in the publishing world. Click here for the 23 best book moments in 2016. Here's to even better moments in the new year.

More like this
16 Novels That Paint A Realistic Portrait Of Abortion
By K.W. Colyard
5 Gripping Books To Read From Women’s Prize For Fiction Winner Ruth Ozeki
By El Hunt
Aesop's Queer Library Is Open
By Tomi Otekunrin
Lauren Rae Is Bringing Back The Sex And The City Vibes In Her New Memoir
By Shahed Ezaydi
Get Even More From Bustle — Sign Up For The Newsletter