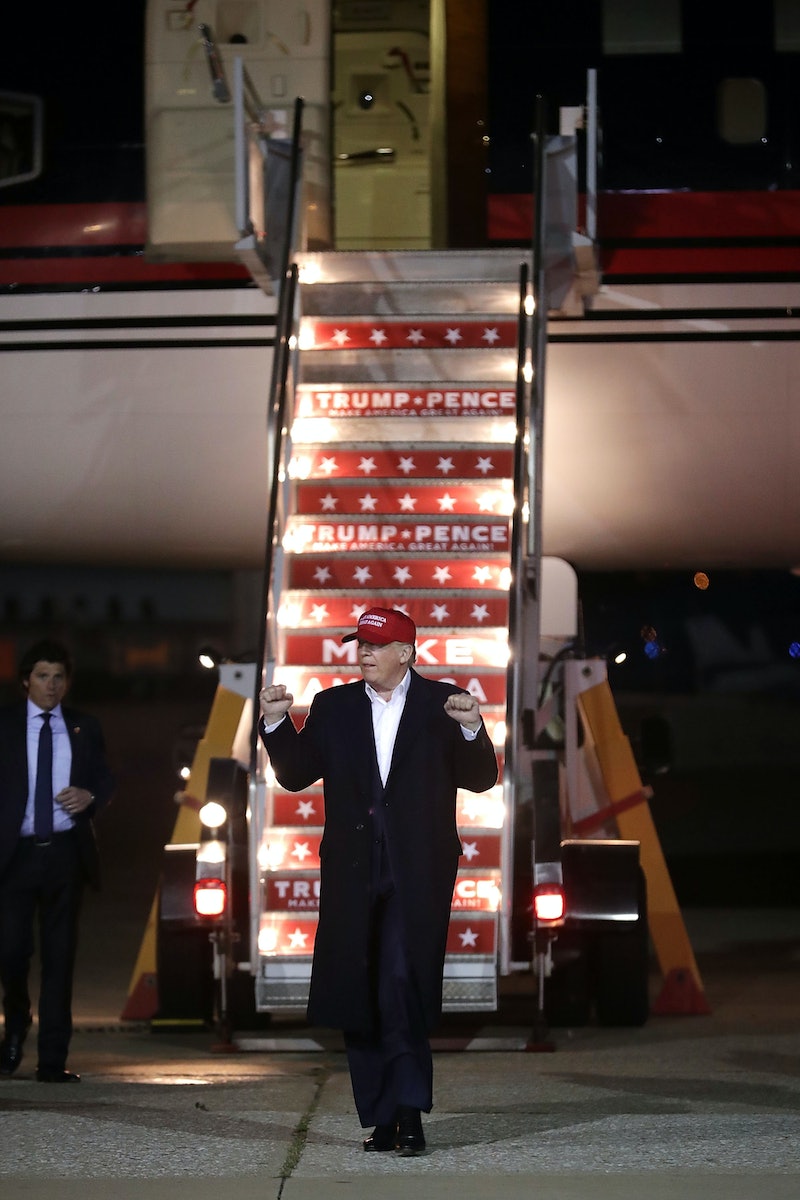 You can't say that Donald Trump doesn't like nice things, but in an interview in Trump Tower and in (of course) a tweet, Trump wants to cancel an order for a new Air Force One from Boeing. And he seems to be doing so in the same economic argument that he perfected when bringing Carrier to the negotiating table to keep their plant open, or when he singled out Ford for potentially moving some manufacturing to Mexico. So it seems he's trying something similar with Boeing. But why is Trump trying to negotiate away Air Force One and himself out of a plane?

The issue first came up early on Tuesday with Trump tweeting, "Boeing is building a brand new 747 Air Force One for future presidents, but costs are out of control, more than $4 billion. Cancel order!" Just in case there was any question, he reiterated the stance in Trump Tower. "It’s going to be over $4 billion for the Air Force One program, and I think it’s ridiculous,” he told reporters. “I think Boeing is doing a little bit of a number. We want Boeing to make a lot of money, but not that much money." That fits in with his press-versus-CEO persona, but little else.

It could be that Trump is actually mad at Boeing because of comments that their CEO said about free trade. Or it could be because Trump wants to connect with the everyman, the taxpayer who will finance these jets — and he's well aware that his position in Trump Tower keeps him far removed unless he shows them some love (as his TIME Person of the Year article acknowledges). Or maybe he just wants an excuse to keep flying the Trump plane (he would potentially make money doing so).

Whatever he's going at, this is a bad idea. Trump's plane isn't actually better than Air Force One except perhaps for some unnecessary gold plating and family crests. And he's not going to bid this out to another manufacturer. The idea that Airbus would build the next jetliner for the U.S. president seems totally preposterous — and that's even before you consider that Trump's entire economic message (besides blaming immigrants) is keeping jobs here at home.

Add on top of that, the fact that Boeing probably won't make any money on these planes, and that only $170 million has been spent so far on research, any order would come later. So while Trump may have his reasons for making these comments, a fruitful discussion on policy and government spending is not one of them. It's more likely to keep his supporters distracted from his outrageously rich Cabinet that he's put in charge of fixing the problems of the white working class.

Distractions, even jumbo jet-sized ones, need to be pointed out — and this attack on Boeing is certainly one.