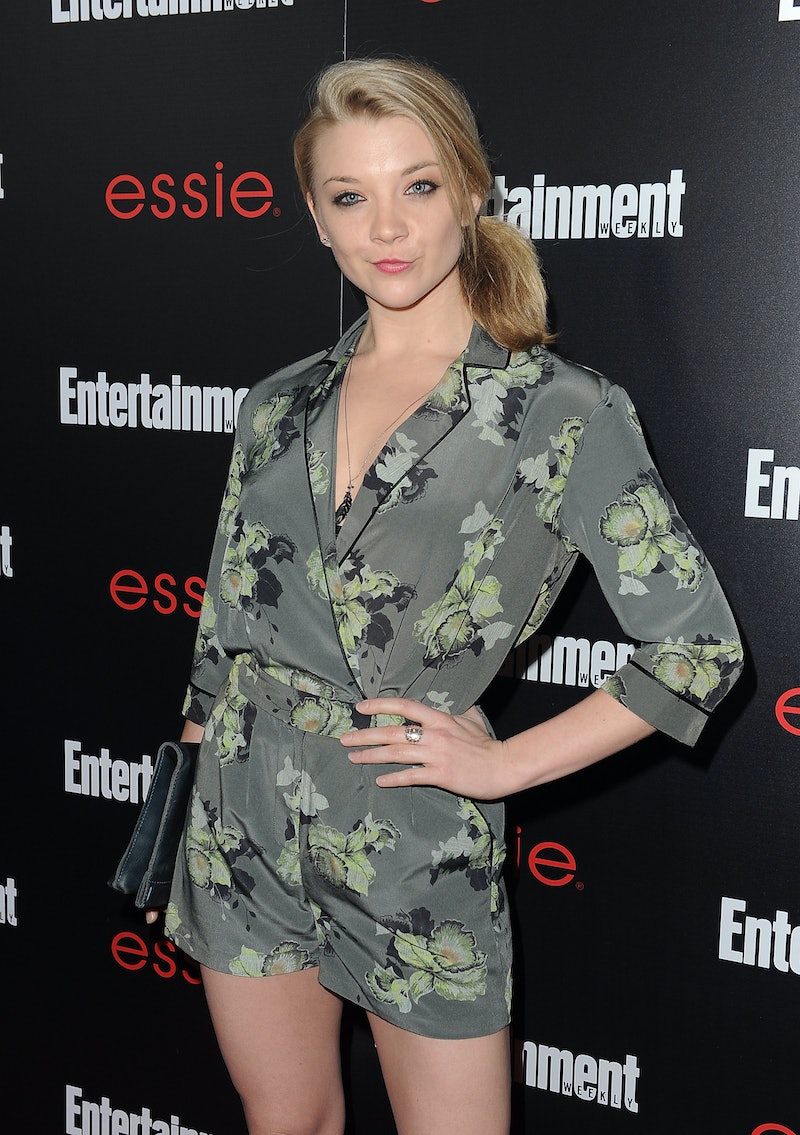 Apparently, men who read GQ fantasize about Margaery Tyrrell. Or at least, that's what the editors must think, since Game of Thrones' Natalie Dormer appears topless in GQ this month in a pretty sexy shoot. (WHAT WOULD JOFFREY DO!?) She's already been naked on the show (remember back when she wanted Renly to have her baby, and he was all, nah, I like dudes), so what's another topless shoot?

Anyway, the actress (whose character will wed Joffrey this season in the most anticipated wedding of the season — BTW, I'm all for making a Bridezillas satire called Groomzillas starring Joffrey) spoke about the show — which enters its fourth season on April 6 (this Sunday, folks!). She also talked about her other big project. She'll be playing Cressida in The Hunger Games trilogy's Mockingjay, Parts 1 and 2. Funny — remember when we wondered which GoT characters would fare well in the Hunger Games? We never even thought about Margaery, and she looks pretty tough now. The beauty had the hair department of Mockingjay shave off half of her head for the role (a look she's rocking right now) — a far step from the girl on GoT whose house is represented by the symbol of the rose.

But seriously — what would Joffrey do if he saw his queen pose half-naked in a men's magazine, showing off her edgy side? Would he sentence her to death? To the brothel? Or demand the wedding to be moved even earlier 'cause even sadists get excited? OR would it be a different kind of red wedding? (Ugh, sorry 'bout that one.) Eh, maybe even he'd shut up if he saw his queen-to-be looking like this:

More like this
'Games of Thrones' Fans May Recognise This 'Conversations With Friends' Location
By El Hunt
Sandra Bullock, Girlboss Extraordinaire
By Matt Harkins & Viviana Olen
Here’s Everything Coming To & Leaving Netflix In June
By Alyssa Lapid
Britney Spears Met The Weeknd & Sam Levinson, So She May Actually Be On 'The Idol'
By Jake Viswanath
Get Even More From Bustle — Sign Up For The Newsletter