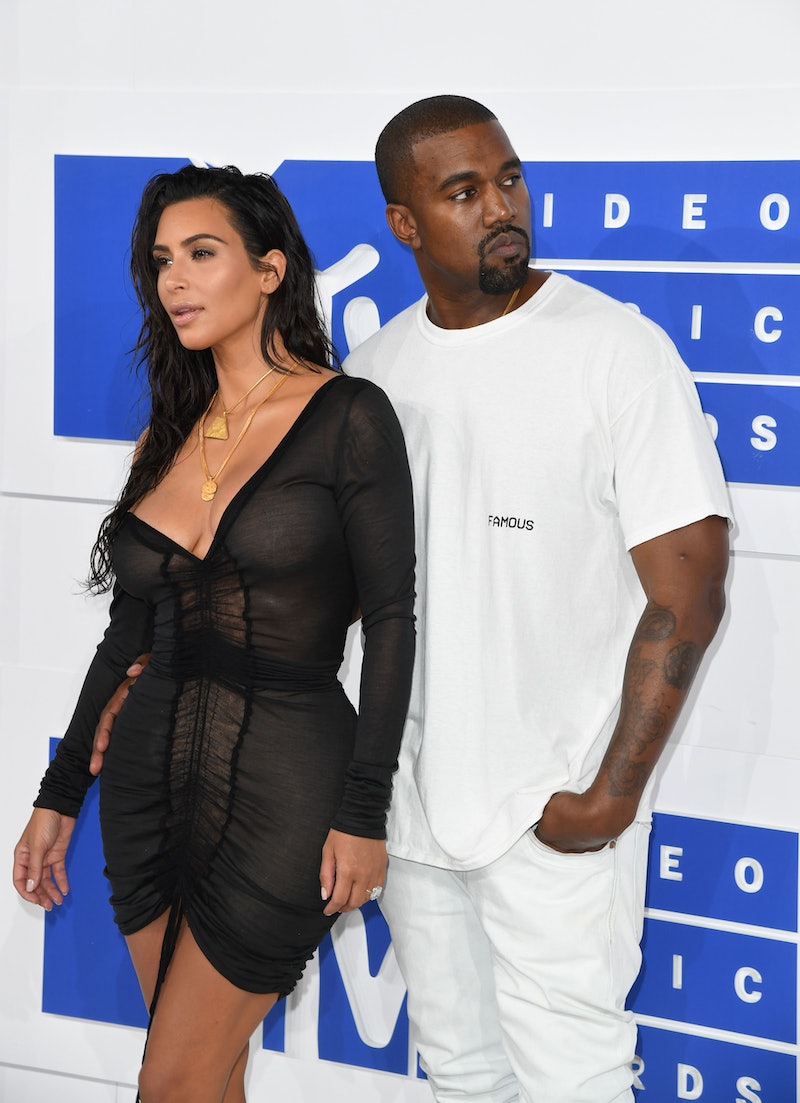 Listen, a prenuptial agreement is not the most romantic thing I can think of when it comes to wedding preparations. Like, I don't want to have to be the one to ask if Kim Kardashian and Kanye West have a prenup. But you know what is kind of romantic? A divorce that doesn't involve any drawn out and inflammatory court cases splitting hairs over who gets what when you're emotionally bereft. You feel me? Especially when there are children involved, as would be the case with the couple's two kids North and Saint. And I do always wonder who has signed one, just for my own knowledge. So this question is kind of important in light of the rumor that Kim K. and Kanye might get a divorce.

Lest we forget, this the very rapper who spat out these immortal words, "If you ain't no punk holla, 'We Want Prenup, We want prenup!' Yeah, it's something that you need to have, 'cause when she leave yo ass she gone leave with half." While we can deal with the sexist implications of those lyrics on another day, the fact remains. Kanye has been an advocate of prenuptial agreements far before he was ever married himself. So did he essentially put his money where his mouth is and get a prenup before marrying Kardashian?

The answer, according to a March 2014 E! Online article is a definitive, "Um, we're not really sure." You see, at the time, there were rumors of a prenup where Kanye would give Kim K. a sum of money for every year that they were married, which the site references. But, apparently, a source had told E! that, "Whether or not Kim and Kanye have a prenup is a private matter, and any speculation is just that." That doesn't exactly confirm nor deny that there is one, though the source mentioned the rumored prenup was "all wrong."

On the other hand, TMZ alleged in May 2014 that the reason their wedding was being halted was due to prenup negotiations. So, not only did the site seem to think there was one, but that it was an imperative. As per their sources, who were allegedly "connected" to the couple, the site reported that,

We're told the marriage will NOT take place until both sign on the dotted line... unlike Kim's prenup with Kris Humphries — the current negotiations are friendly... there's no fighting. We're told there's just a lot to work out, and it got complicated by the fact that Kanye recently changed management.

But, at the same time, it's TMZ. So, take that with a grain of salt.

So, while we currently can't know for sure at this point, I think it's safe to assume from the sheer volumes of rumors on the subject that the reality star and the rapper probably do have a prenup in some way or another. Honestly, all sentimentality aside, it's just the smart thing to do.