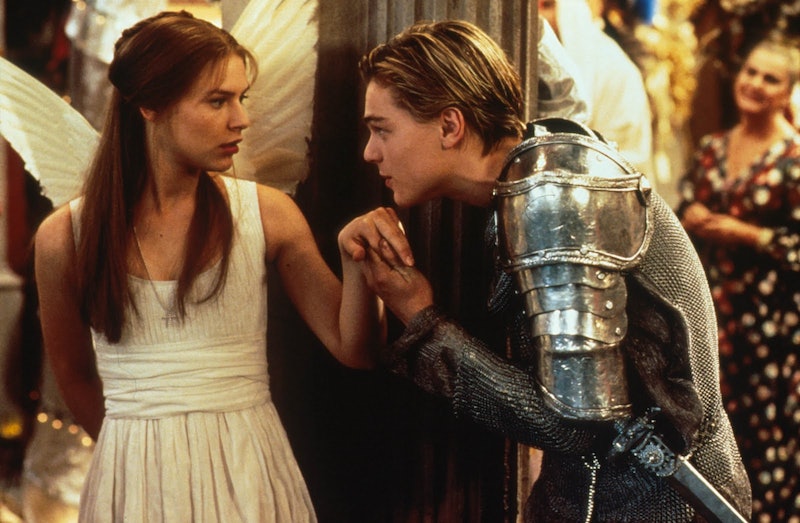 Sometimes all you need to cleanse your soul is a good cry. And when I need a good cry, I turn to one of those movies that's guaranteed to get the waterworks flowing. I like a little nostalgia with my tears too — maybe it's the memory of seeing most of these films for the first time when I was an overly dramatic adolescent. Whatever the reason, these 18 heartbreaking '90s movies are more potent than any of the sad stories that came after or before. These are tales of doomed first love, historic travesties, and missed opportunities, and, if you're up for it, they have the power to get you deep in your feelings.

Now, you know better than I do what kind of sadness you're in the mood for. The separation of two fictional lovers can be affecting, but not as upsetting as the dramatization of a real historical injustice. Some important biopics came out of the '90s and are on this list for obvious reasons. I know I can only handle those kinds of movies when I'm in a certain mental place. So make sure to take care of yourself, especially if you have a point of personal identification. These are the 18 most heartbreaking movies of the '90s:

Thomas can't see without his glasses and you can't think of tiny Macauley Culkin without bursting into tears. The moral of the story: never go anywhere without an Epi-pen.

In 1993, Steven Spielberg's black-and-white drama about a real German businessman who risked his life to rescue thousands of Jews from being sent to concentration camps during World War II won a slew of Oscars, including Best Picture, Best Director, and Best Adapted Screenplay.

A young daydreamer (Reese Witherspoon in her first film role) loses her first love twice: first to her older sister and then to a tragic tractor accident.

I'm so tired of being trashed for loving this movie by people who claim to be unaffected by the star-crossed romance of Jack and Rose. And to end this argument once and for all: yes, there was room for his body on the door, but Jack's weight would have sunk them both. Enough.

Forrest Gump is probably the most emotionally manipulative movie on this list. But listen, I can't ignore a Tom Hanks performance like this, even if the whole two hours and 22 minutes are spent figuratively holding a cut onion under my eyes.

Affairs don't get more woeful than the one between Count László de Almásy and Katharine Clifton in The English Patient. Their love can't save them, but at least de Almásy can recount their story to his caretakers before he dies.

Based on a Stephen King novel, The Green Mile is a supernaturally-charged indictment of the death penalty.

Out of love, a father does the impossible. He uses his imagination and sense of humor to invent a happy life for his son, even though they're imprisoned in a Nazi concentration camp.

You can see the end coming from Freshmen English. But that doesn't make it any easier to see two young lovers felled by cruel fate.

The Lion King is Hamlet, and Hamlet begins with a boy grieving his hero father. Take it easy, Disney.

Tom Hanks makes his third appearance in this sad movie hall of fame playing a character inspired by Geoffrey Bowers, an real attorney who successfully sued his former employer for discriminating against him after he revealed his AIDS diagnosis. Denzel Washington is the only lawyer who will take his case.

12. The Bridges Of Madison County

Timing sucks, especially when the love of your life shows up a couple of decades too late, promising the life of romance and adventure you always wanted. Related: having a sense of duty also sucks.

The sorrow of growing up is captured beautifully by Sofia Coppola in her feature directorial debut. The Lisbon girls die because they are distant mysteries both to their parents and to the boys who love them.

Neither pottery nor the Righteous Brothers will ever be the same ever again.

Before Sunrise is a Gen-X fairy tale, wherein two talky wanderers discover that they might be each other's soulmates. But when their night-long first date ends, they'll have to go their separate ways.

The real Selena Quintanilla was only 23 when she was gunned down by one of her biggest fans. Jennifer Lopez stars in the biopic that shows how much the singer-songwriter accomplished in her short life and what she could have done with the time she was robbed of.

Hillary Swank was an unknown at the time. She disappeared into the role of Brandon Teena, a transgender individual who was killed in a real hate crime in Nebraska in 1993 at the age of 21. If the movie were made today, ideally a transgender actor would play that part. But Boys Don't Cry shed a light on a physical danger that community endures daily at a time when the statistics weren't widely known.

Susan Sarandon and Julia Roberts are the biological mom and the new wife respectively in this family drama. Just as their kids begin to realize that two women who would do anything for them are better than just one, Sarandon's character is struck with the big "C." Cathartic crying ensues.

Have you depleted your Kleenex stash yet? These heartbreaking movies have no mercy on your tear ducts.