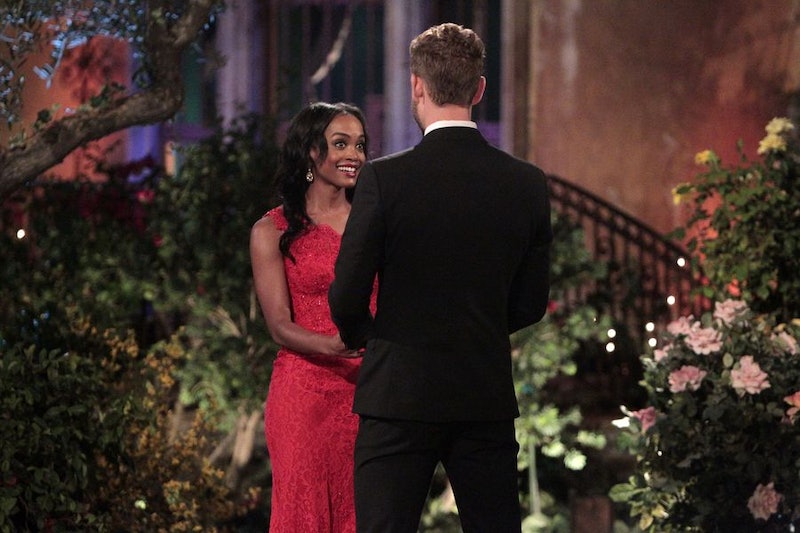 The Bachelor doesn't have the world's greatest track record when it comes to diversity — so thank goodness that Bachelor 's Season 21 features a seemingly more diverse cast. In the past, the series has received backlash from critics and fans alike for being inconsistent in reflecting the actual population of the United States when choosing the women for each season. Luckily, the apparent diversity amongst the latest season's cast reflects a step in the right direction.

However, this change wasn't totally unprecedented. In August, the first African-American person to lead a major TV network, ABC's new entertainment president Channing Dungey, addressed the issue at a Television Critics Association summer press tour. She reportedly stated, “I would very much like to see a change there… by increasing the pool of diverse candidates.” From the Bachelor contestants announced on Wednesday, it would appear that Dungey's statements have had a good influence. Sure, I still don't believe the group is as diverse as it could be. That's an uphill battle in media all across the board. But, compared to the show's track record, it's pretty impressive.

The tendency for people of color to be few and voted off early has been a source of commentary surrounding the show for years, resulting in things like the Saturday Night Live sketch, "Farm Hunk," with the titular farmer confiding to the camera that he'd probably send off "the two black ones and the one with the curly hair" or like a concerning Bachelor infographic showing a pattern of the people of color getting voted off early on.

There was also a racial discrimination lawsuit brought against the show in 2012, with a group of Nashville residents claiming that the show had failed to feature non-white cast members and arguing that civil rights law "plainly prohibits whites from refusing to contract with African Americans because of their race." According to E! News, ABC's lawyers filed to dismiss the suit and stated at the time, "Plaintiffs' conclusory allegations of racially discriminatory casting for The Bachelor and The Bachelorette are demonstrably false and unsupportable."

While the case was later dismissed, the very fact that people felt worked up enough about The Bachelor 's lack of diversity in the first place to take it to court is all you need to know. This was an issue that mattered to fans for quite a while. Just consider the tweets below.

As seen above, the arguments go back for years. And here are a few more:

And, showing what a step forward Season 21 is, here's a reaction to the latest casting:

While there's still an overwhelming amount of white women on the show and the series still has a long way to go when it comes to diversity (especially in terms of LGBT contestants), it looks like The Bachelor is finally starting to take the diversity of its contestants seriously. And that's one thing worth applauding.