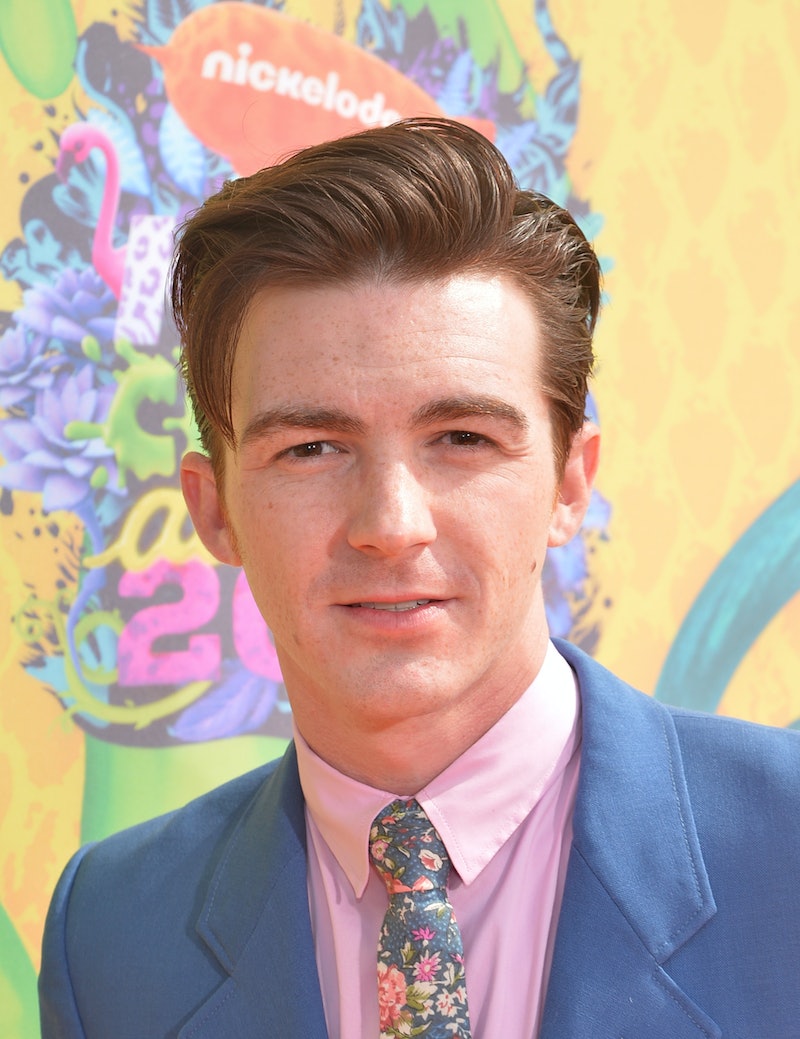 What's new in the former child star department? Well, Drake Bell has slammed Justin Bieber, Lady Gaga, and Ariana Grande, proving that he hates just about everybody. What's up with the former Drake and Josh star and all the hatred? Do some yoga, dude.

Okay, well, let's sit back and assess what he actually told Buzzfeed. He said:

There’s just a lot of really young, entitled people [...] I don’t think a lot of these young people have to work very hard. They’re found on YouTube and, boom, thrown into the studio so they think they can get anything they want.

Ariana Grande is a billionaire before she’s been an artist. You have to work to be able to appreciate what you have, and what work did she ever have to do in her life?

Some folks may disagree. But the celebrity who Bell really hates is Justin Bieber. I am not the world's biggest supporter of the Biebs — and that's an understatement (hey, neither is the president of Taco Bell!), but Bell takes dis-beliebing to a whole new level. He spends all of his energy hating on the pop star! C'mon, man. Get a hobby. Basket weave.

Besides, it's not cool to throw Biebs in the same sentence as Lady Gaga — the two are so different. He said:

I can’t stand that, with a lot of the pop stars, there’s this idea of Are you in our clique? Are you a Direction-er or are you a Belieber? Oh, you’re not in our gang? Then you’re not cool and you need to go in a hole and die [...] I don’t understand it. And what’s worse is artists like Lady Gaga and Justin Bieber don’t come out and say, "I love having you as my fans, but you shouldn’t be acting this way" They just eat it all up, and I think it’s repulsive.

At the heart of his distaste for every pop star under the sun, he's got a message, y'all, as outspoken pop stars always do. He's urging pop stars to step up their game because he is the pop star prophet! I mean, he wants them to assess their actions. Because, as he says:

Artists like Justin Bieber or Lady Gaga have more sway over popular minds than a politician. They could get on a pedestal and say, ‘This is how you should treat people,’ but instead [Bieber’s] going around telling kids that as long as you have enough money and swag, you can do whatever you want,” he said with a sigh [...]Instead of working to change the world, [he’s saying,] work to get as much money and power as possible because then you can do whatever you want and no one can say anything to you. I just think that’s a gross, awful, terrible message.

Okay, that's an idea to get behind. Just what's up with lumping Gaga with Bieber? Gaga promotes images of body positivity, does weird art stuff like get vomited on, and sings songs about self-love and acceptance.

Perhaps it's all just preparation for Bell's big political-sounding statement at the end of it all:

I’m all about unity and loving your neighbor…

If somebody told me when I was growing up that the music I was listening to was stupid, and I listened to them, I wouldn’t be where I am today.

Which is filing for bankruptcy. (See: this FEBRUARY.)

I just think it’s so much more rewarding and important to go around the world and bring people together, as opposed to pushing people away.

Hey, Drake Bell, your words, not mine. You know what brings people together? Basket weaving.