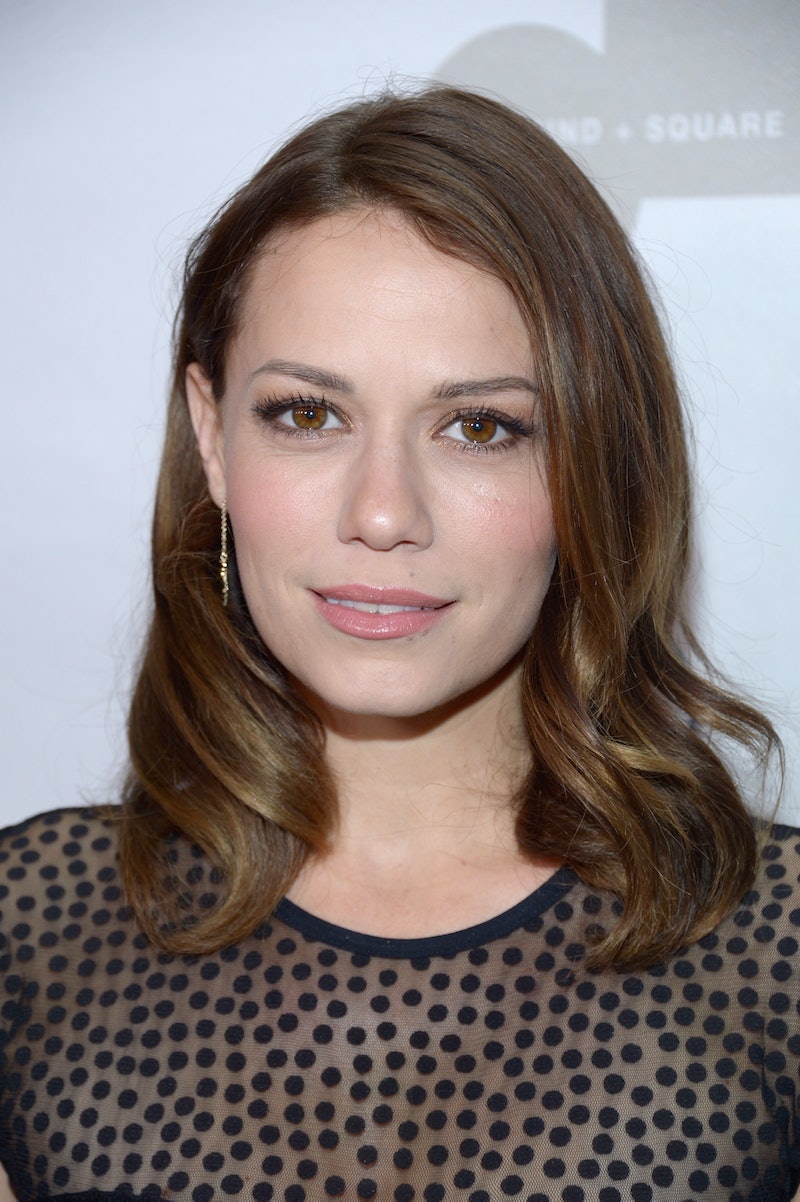 All this time later and One Tree Hill's Haley James Scott is still the epitome of perfection. The beloved '00s show has unfortunately been off the air for almost five years now, but it lives on in fans' hearts, and I know from experience. After all this time, Bethany Joy Lenz's character Haley still provides to be an inspiration to women of all ages. After all, Haley is ridiculously smart, knows who she is, doesn't waver her beliefs for anyone, and oh yeah, has a really hot man who's obsessed with her and a family of beautiful babies. In short, Haley James has it all. And while there's nothing wrong with aspiring to have everything, Lenz, the woman behind the character, reveals that while she admires Haley, she also understands how her perfection could be an unattainable one.

At Equality Now's "Make Equality Reality" event in Los Angeles on Monday evening, I tell Lenz that between her character and real-life Instagram, I can't help but think she has it together just as Haley does. She gives a laugh and replies, "Do I have it all together? No." The 35-year-old has been through a lot, explaining how 2016 was a significant year in self-realization for her. But after going through massive life changes, she looks at her OTH character in hindsight and wishes she was a little more flawed.

"I was so stubborn!" the actor says. "I look back a lot and I pushed a little too hard sometimes for Haley to not have as many flaws as maybe the writers wanted her to." Lenz says that in the moment, she didn't realize her hopes for Haley to be flaw-free would almost backfire. "She turned into someone with like no flaws whatsoever." Even during the shooting process, though, Lenz says she realized the show could've been giving fans false expectations of reality.

"It was all pristine, perfect, and I was constantly like, ‘Nobody’s relationship is like this! Nobody’s perfect like this! We don’t want to give people the wrong idea!'" she explains. "There was a strange pressure there." Still, she admires Haley's strength. "I love Haley and I think the idea of her — for her to be the glue that holds everyone together — she was the grounded one, the one at the end of the day really knew who she was and what was important."

As far as growing up off screen, Lenz has been learning her own way. She says 2016 is the year she really began coming into her own and appreciating her growth. "I know 2016 was a f*ck-you year for a lot of people, but I had a great year," she says. "I have gotten much better at complimenting myself, being comfortable in my skin." And she doesn't let the hardships go unnoticed in her process. "I’ve been through a lot. I’ve been divorced for two, three years," Lenz says.

But it's the painful and challenging moments that allow her to flourish. "It was a hugely empowering year for me. Waking up, finding out there’s more to life, getting down to the bare-bones and finding out, ‘Actually I can survive without x, y, z,'" Lenz explains. "Making lunch for my daughter and sending her off to school, it makes me really happy. It’s really been great."

I'll always love Haley James. But as far as real life goes, perfection might be overrated.