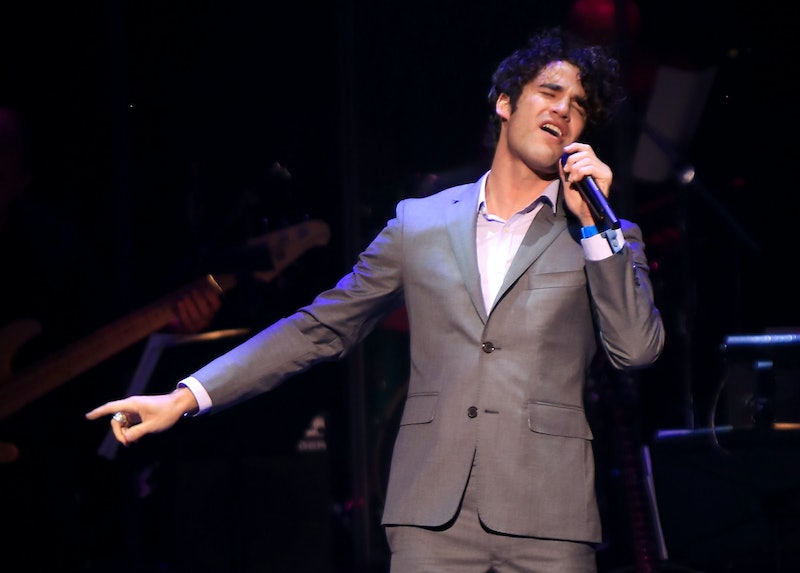 Whenever a new musical or movie is announced, fans immediately start in on the dream casting — remember how opinionated people were about Fifty Shades Of Grey? I’m usually as opinionated, but I thought that the casting for Hairspray Live! was pretty on-point. Well, I thought that until I saw that Darren Criss of Glee and Broadway fame was hosting the commercials of Hairspray Live! and I said, “Hey, why isn’t he in there?” I wasn’t the only one — the internet also wanted to know why Darren Criss wasn’t in Hairspray Live!

If you watched Glee, you know what Criss can do — he played Blaine for most of the run of the show, and fans saw him sing everything from Katy Perry and Michael Jackson to the Beatles and original music, too. After Glee ended, Criss did a turn in Hedwig And The Angry Inch on Broadway as the title character. We know the guy has the chops to sing on a live show like this, so why was he overlooked? He’s barely 30 in real life, which may make him a smidge too old for Link Larkin, but he could totally play Corny Collins IMO. I want some answers, and Twitter does, too.

Criss doesn't seem too upset about his role in the proceedings, though. He's been excitedly posting updates all week as the cast and crew prepped for the big day.

Maybe he lobbied for the role of host because he didn't have time to do all the rehearsal for a larger role. Maybe he simply wasn't asked to do a larger role. In any case, he seems happy to be hosting.

For the next musical, it would be interesting if the fans could vote — producers could take a curated list and post it online to see who will win the part. The network could include casting videos, auditions, whatever, and it would definitely be quite the stunt. It would also probably result in many, many more viewers because people will want to see the person they voted for (or the person they didn’t fail, because that’s human nature for you). If I were Darren Criss, I would be asking my management team why they didn’t lobby harder to get him as the titular host of The Corny Collins Show. But, hey, maybe he'll land a part in the next live musical — they seem to be a bit of a trend.

More like this
Britney Spears Met The Weeknd & Sam Levinson, So She May Actually Be On 'The Idol'
By Jake Viswanath
Selena Gomez Joked About Her Relationship Status In Her ‘SNL’ Monologue
By Grace Wehniainen
'Doctor Who’s New Star Is Already Huge On TikTok
By Maxine Harrison
What’s New On Netflix: A Victoria Justice Rom-Com & The Return Of David Letterman
By Arya Roshanian
Get Even More From Bustle — Sign Up For The Newsletter