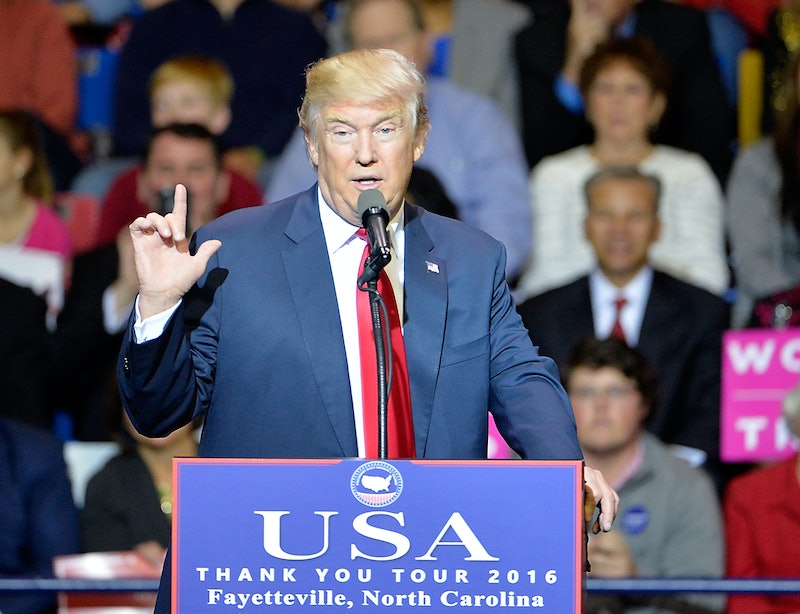 President-elect Donald Trump has been assembling his Cabinet as he said he would, rolling out names of his picks after his marathon interview sessions. If you've been looking for a trend, yes, the nominees are richer than most — and now, with his most recent pick, Trump has yet another administration trend: so many generals. That's because he's now up to three Cabinet members with military experience, with two more under consideration. The most recent was retired Marine Gen. John F. Kelly, who will be put forward as a nominee for homeland security secretary. There may be more generals in Trump's Cabinet than any in recent history.

The selection of Kelly would be serving alongside retired Army Lt. Gen. Michael T. Flynn, who Trump picked for national security adviser, and retired Marine general James Mattis, who, if confirmed by the Senate, would be defense secretary. (He'd also need a waiver because he hasn't reached the minimum number of years out of the military to take on this civilian role.) To give you an idea of how unusual this is, according to The Atlantic, the last time there were this many Cabinet members who were previously military generals was in the Ulysses S. Grant administration — and that was right after the Civil War.

Democratic Sen. Chris Murphy from Connecticut, who's on the Foreign Relations Committee, told The Post that he's worried: "Each of these individuals may have great merit in their own right, but what we’ve learned over the past 15 years is that when we view problems in the world through a military lens, we make big mistakes."

And he's not alone in his fear, The Post uncovered. The newspaper interviewed both Republicans and Democrats in D.C. and found that the sheer number — if not the individual people — is troubling. Rep. Mac Thornberry, a Republican from Texas, said that having too many generals would not be appropriate, just like having too many lawyers or business people wouldn't be the most well-rounded choice.

Some experts would say having more generals is another matter entirely, and on Twitter the term "military junta" was thrown around. But the Wall Street Journal interviewed G. Calvin Mackenzie, a professor at Colby College. He said, "Just categorizing them as generals is a disservice to them. There are good generals, and there are bad generals.” Now is the time to figure out which category the Trump nominees fit into.

One heartening thing regarding these men is that Trump has been taking Obama's advice when setting up his new government. At least that's what he told NBC's Matt Lauer on Today. "I take his recommendations very seriously," Trump told the morning show host. "And there are some people that I will be appointing and, in one case, have appointed where he thought very highly of that person." Let's hope that Trump keeps seeking the advice, and most importantly takes it.

This may be the richest, most general-heavy of administration appointments and Cabinet nominees — but the Cabinet choices still need to be confirmed. So if there's one you don't like, make sure your senators hear about it.

More like this
Michigan’s Governor Is “Going To Fight Like Hell” To Protect Abortion Access
By Andrea Zelinski
How To Fight For Reproductive Rights, Based On How Much Time You Have
By Courtney Young
LGBT+ Men Fleeing Afghanistan Were Denied Asylum By The Home Office, New Findings Show
By Sam Ramsden
Sarah Everard’s Killer Wayne Couzens Is Appealing His Whole-Life Sentence
By Sophie McEvoy
Get Even More From Bustle — Sign Up For The Newsletter