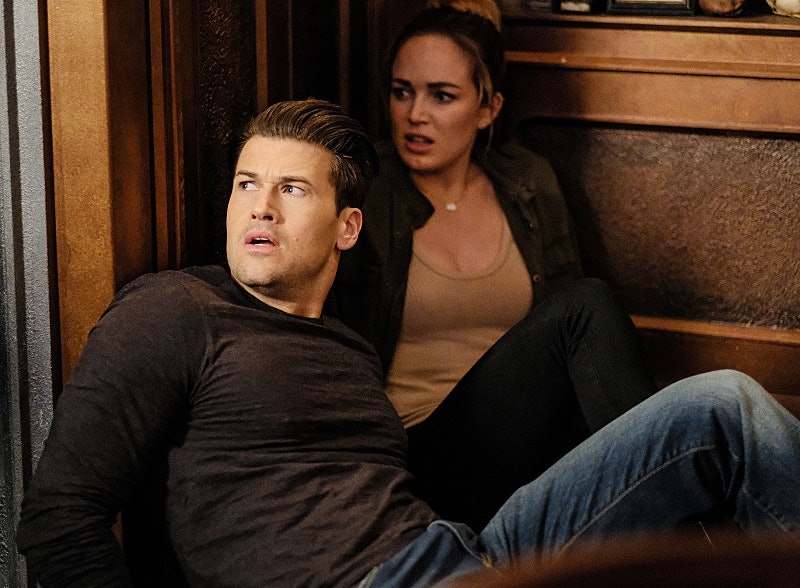 I sure hope you don't suffer from superhero fatigue, because extraordinary people who do extraordinary things are still all the rage over at The CW. DC's Legends Of Tomorrow stormed out of the gate in Season 2, and I expect the midseason finale that airs on Thursday will take it to hiatus with a bang. You won't have to wait too long to hitch another ride on the Waverider, however. Deadline reports that Legends Of Tomorrow will return on Jan. 24. And the CW's most fledgling DC show is also getting a new night. For the back half of the season, Legends Of Tomorrow will be moving to Tuesdays at 9 p.m. ET, meaning it's now sharing a night with The Flash. According to Screener, Legends pulled its season-high number of viewers during the Heroes Vs. Aliens crossover. So while having a superhero lead-in isn't quite the same as sharing a storyline, being paired with The Flash is likely to help the show.

Ratings aside, I don't think I'm alone in loving Legends so much more in its second season. Arthur Darvill as Rip Hunter can feel free to come back any time. But otherwise, the time-travel adventure has weathered its youthful identity crisis and become a much stronger and more fun series. Where did Season 2 of Legends Of Tomorrow go so right? These are the changes I've appreciated the most:

Vandal Savage sucked all the momentum out of Season 1. Now that the Legends are freed up from fighting one single enemy, they can pop up anywhere in time without the writers having to shoehorn in an element.

It's the best part of any episode. The Legends raid the Waverider's closet then go into reconnaissance mode, under perfect and stylish cover.

Like I said before, I do miss Rip Hunter and look forward to his return. But in the meantime, the Legends could do much worse for a Captain than the White Canary. Ray is too innocent. Mick is too hot-headed. Martin is too distracted, and Jax is too young. Sara is the most experienced and capable crew member, and it's empowering for viewers to see a canonically bisexual woman in a position of authority.

Legends introduced DC's Justice Society Of America this season. (Well, technically, in the final moments of last season.) I like the juxtaposition of the ragtag Waverider crew with the more legit JSA. And with Hawkgirl gone, the addition of Amaya to the team helps tip the gender imbalance.

In an episode where Confederate soldiers turn into brain-munching zombies, Legends still finds poignancy. Jax is able to see and touch and talk to real American slaves. And he reminds his colleagues that, no matter where in the past they go, he will always have a different experience than they do. It's an important reality to keep in sight.

But Still Keeping It Light

All of the CW hero shows have moments of levity. But Legends leans into its inherently absurd premise, as well as the varied personalities of the crew. Legends has got jokes. From throwback quips to character-based humor, its sense of fun is what sets the show apart.

Legends Of Tomorrow ought to play really well with The Flash on Tuesdays next year. Just think about how stacked CW Tuesdays will be from now on, and the hiatus will be over before you know it.