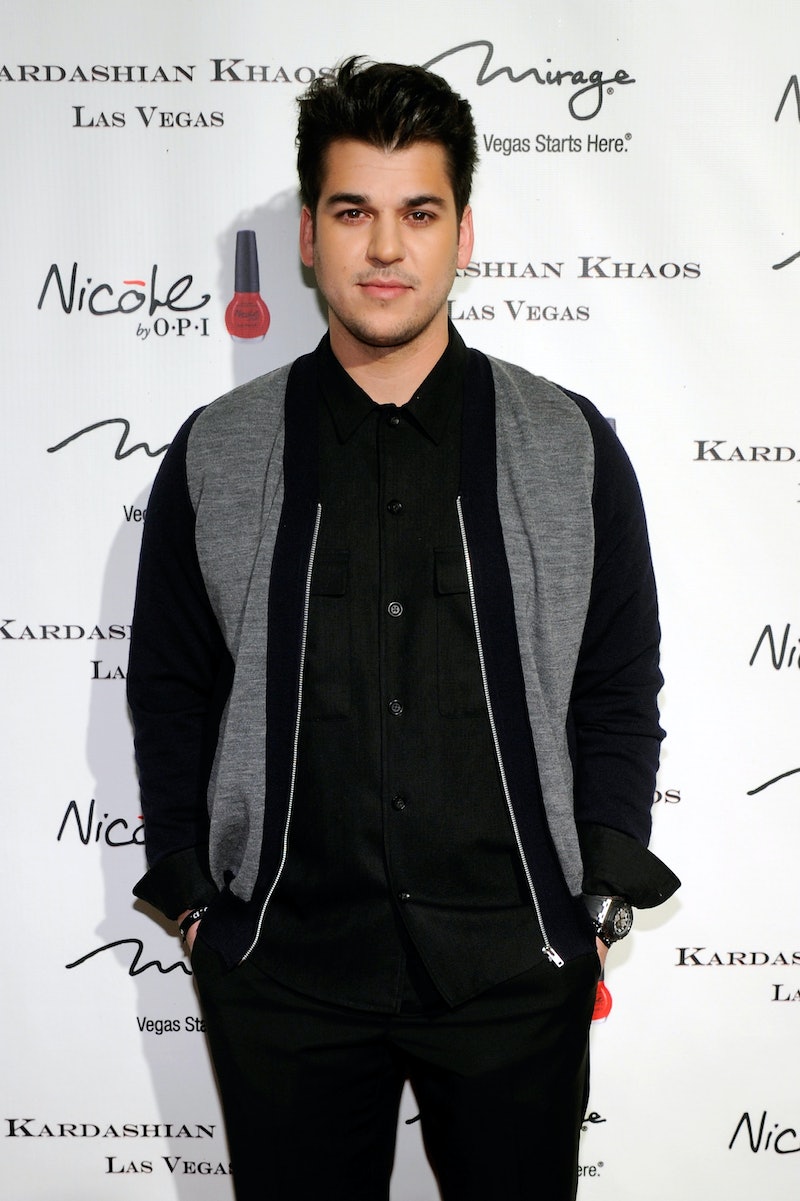 How are you feeling today? Pretty good? Wanna feel a little sadder? 'Cause I've got a Rob Kardashian story here that will do the trick. You'll feel sad both because it sucks that one dude is just so sad, then again when you realize that you find entertainment in sad Rob stories. Let's do it! Rob Kardashian sent a sad tweet on April 1 which reads, "no one will ever understand how much this hurts." It's totally unclear what Kardashian meant by the tweet, but media sources are speculating that it's in reference to his ex-girlfriend Rita Ora.

The day before Kardashian's tweet, Rita Ora's Elle UK cover story was released and in the issue she explained that she'd never been in love before her relationship with current boyfriend, Calvin Harris. When speaking about Harris, Ora said, "The fact that he got something out of me that I never thought I had. Yes, like falling in love. I just didn’t think I had it. I’d never experienced it before."

Kardashian and Ora dated for a year in 2012 and it didn't end well. Kardashian tweeted that Ora cheated on him with "nearly 20 dudes" and later explained on a Keeping Up with the Kardashians episode that he made this up in order to get her to hate him. "I posted what I posted to keep myself from taking her back. Every time she messed up, I took her back for over a year now. I just had to do that to make her hate me." Obviously, this is an unhealthy and horrible way to handle a crumbling relationship, but this type of pattern would explain why Kardashian would still be this distraught so long after their split.

In addition to his bummer of a tweet — which again, may not actually be about Ora, he could just be bummed that he's not in Thailand with his family — Kardashian deleted everything from his Instagram account and replaced it with a single April Fools' Day post:

I'm feeling pretty bad for Rob Kardashian right now. We should all go out and buy a pair of his socks. And, no, that's not a sarcastic jab at his sock business. They actually look pretty cool: