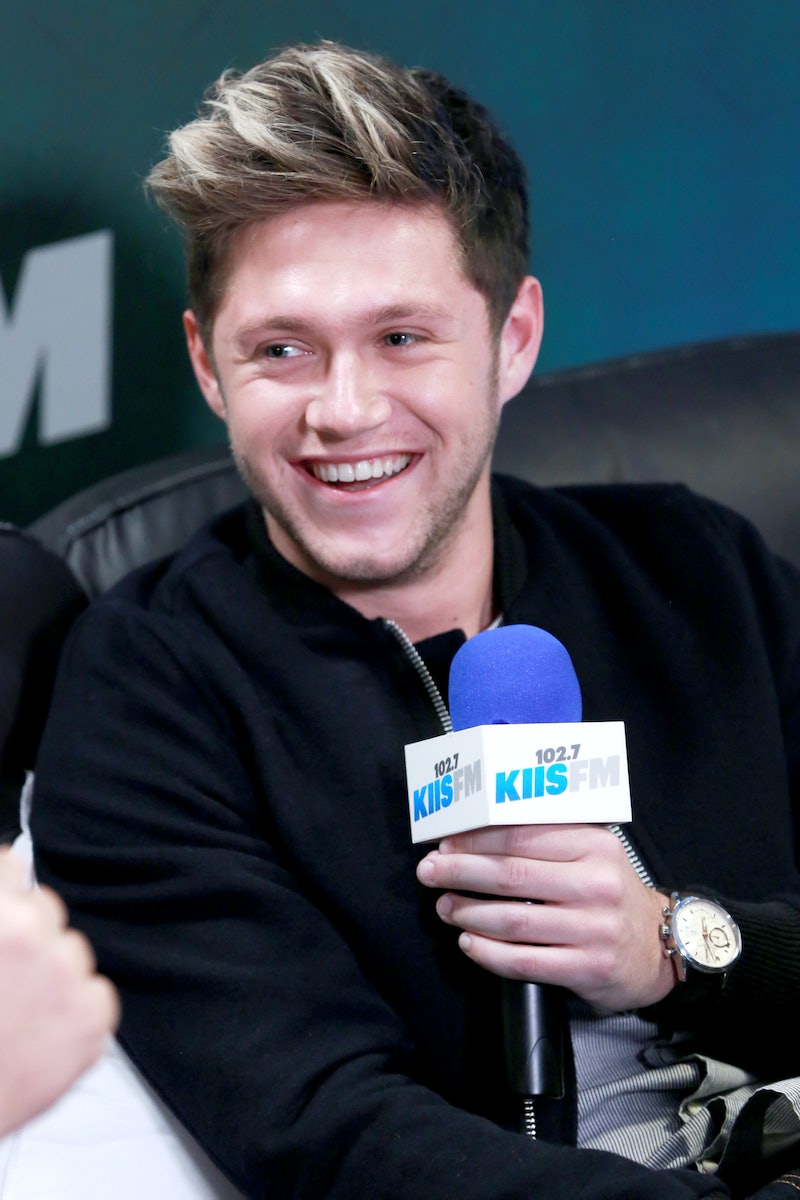 For some time now, there has been speculation surrounding Liam Payne and Cheryl. Neither of them have spoken outright, but based on many reports, it sure seems like the two are expecting their first child together. Well, now there are even more rumors thanks to this photo of Niall Horan carrying a basket of baby girl items. He was spotted Wednesday leaving West Hollywood baby boutique Petit Tresor with a basket filled with baby gifts, some of which were the color pink. Basically, either this means Payne and Cheryl are having a girl or that Horan has more than two people in his life and knows someone else who is pregnant. Update: On Thursday, after rumors came out that Horan was shopping for Payne and Cheryl, Horan posted on Instagram that he met the new baby girl of some people he knows. Looks like there's a good chance the gift was for her.

Earlier: Why else would he be at a baby store other than to buy a gift for someone who will soon welcome a child? Obviously, it could be for someone else in Horan's life, but there is a chance the gifts are for his former bandmate and close friend, Payne. Both Payne and Cheryl have been extremely tight-lipped about her alleged pregnancy, so I'm sure fans are hoping Horan's gift is confirmation that they are expecting.

At the end of November, the couple stepped out for an event in London, and the rumors really picked up. Again, they've neither confirmed or denied anything, and a spokesperson for Cheryl told The Daily Mail that The X Factor judge would not be commenting. Neither of Cheryl nor Payne's publicists responded to Bustle's request for comment.

Based on how they've acted thus far with the reports, the couple will most likely remain silent about Horan baby shopping. You may never know if Horan shopping for what appears to be a baby girl is even related to Payne, but one thing remains certain and that is this is just another mysterious photo to add to an already extremely long list of pictures and rumors out there about Payne and Cheryl possibly starting a family.