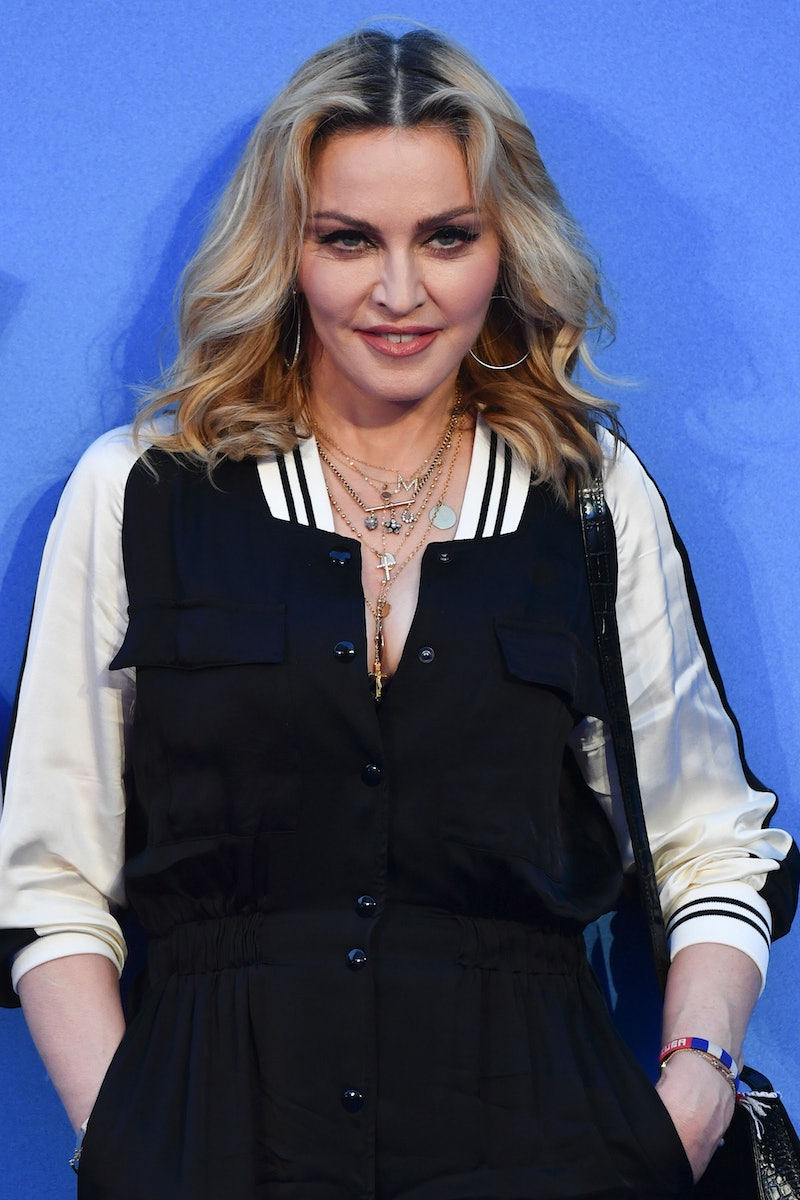 Of all the transcendent pop superstars who ruled the music industry in the '80s, Madonna was the least afraid of change. As a woman who reinvented her sound and look during an expansive, decades-long career, it should come as no surprise that an artist with such staying power deserves recognition from the industry she helped shape. At the 11th annual Billboard Women In Music event — airing Dec. 12 at 9 p.m. on Lifetime — she'll get some merited acclaim. During the show, Madonna will be receiving Billboard's 2016 Woman of the Year award. As for why she was chosen, the decision makes plenty of sense. Janice Min, president and chief creative officer of The Hollywood Reporter-Billboard Media Group, explained in a statement, “Madonna is one of a minuscule number of super-artists whose influence and career transcend music."

Sure, 2016 might have been a tough year for a lot of us, but ultimately, it seemed that Madonna rose above it. Following the untimely death of fellow pop icon Prince, Madonna gave an affecting performance of "Purple Rain" featuring Stevie Wonder at the 2016 Billboard Music Awards. That same month, she politicized fashion at the Met Gala and spoke out against ageism. She also shared her opinions during the 2016 election. Though some might have seen those comments as unnecessarily provocative or uncouth, hey, at least she got people talking. (Something Madonna has mastered throughout the years.)

Despite any misplaced vitriol the artist may have received in 2016, Madonna was named the highest-grossing female artist of all time, and well, you know what they say about success and revenge. According to Billboard, Madonna sold over 1 million tickets for her Rebel Heart Tour (making a casual $170 million), which means she's also the "highest grossing solo touring artist in Billboard Boxscore history." She has an insane $1.31 billion concert earnings in totality. The list of Madonna's monetary and chart-topping achievements could go on and on, but just know this: The seven-time Grammy winner has completely shattered a majority of her male counterparts' numbers. She is a game-changer, avid record-breaker, and never apologizes for any of it.

But, Madonna's not the only woman being recognized at the event. Newcomer Halsey saw two of her songs reach major milestones this year. Off her 2015 album Badlands, the song “New Americana” debuted at No. 2 on the Billboard 200 and shortly after, went platinum. Then, Halsey hit No. 1 on Billboard's Hot 100 for her Chainsmokers collaboration, "Closer." Halsey will be receiving Billboard's Rising Star award, though the artist tells Billboard that she "listens more to what [her] fans say than accolades." (She does, however, admit that the validation is nice.)

In addition to Halsey, Alessia Cara has proven to be another dominant female voice in the industry. The artist's song "Here" (about not wanting to be at a house party) resonated with the masses. She became the spokesperson for introverts and, coincidentally, people who hate house parties. Although "Here" ended up hitting No. 5 on Billboard's Hot 100, the rise hasn't been easy for Cara. "As a girl I always have to prove myself a bit more, but I don't mind doing that," she tells Billboard.

Billboard's Women in Music will honor all the women who have definitely proven themselves in 2016 — or in the case of Madonna, have been doing so for years.