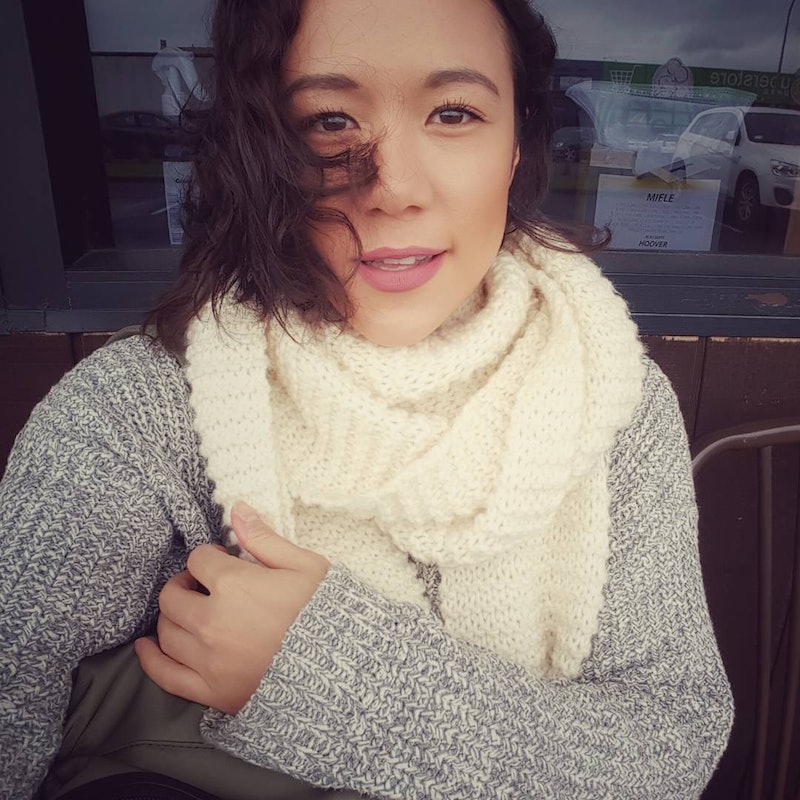 If you walked into my bedroom unannounced, you'd see several stacks of library books scattered all over my nightstand and bed. There would probably also be a few novels hiding underneath a pillow somewhere (hey, at least I never get lonely at night). For as long as I can remember, I've been guilty of this habit — starting a heap of books with the fervor of a tween on the way to a Justin Bieber concert, yet failing to follow through with all of them.

I'm addicted to the feeling of starting something from scratch, even if it's as minor as opening up a new book (that smell, though). Knowing there's a new experience on the horizon leaves me feeling fist-pump ready, and I'm able to tap into the most capable, innovative version of myself. It's for the same reason, I think, that I always feel motivated by the very mention of making New Year's resolutions.

According to author and blogger Gretchen Rubin, in her book Better Than Before: Mastering the Habits of Our Everyday Lives, I'm what you would call an Opener, rather than a Finisher. Openers love a fresh start. They get thrilled by the mere prospect of taking the lid off a jar of peanut butter for the first time (that smell, though). The promise of a new project or a new routine lifts our spirits and makes us optimistic about creating positive changes. Granted, Openers do tend to get a little overenthusiastic at times and may bite off more than we can chew, but at least we like to get the ball rolling.

People who have faced loss, suffering, or a near-death experience understand that the redemption that follows such incidents can produce a reinvigorated appetite for life. After they've done the bulk of their grieving, they often report feeling an energy for life they never had before, as well as a strong desire to make big changes that pave the way for a more fulfilling existence. That's why you hear stories of people selling all their belongings after a family member dies and traveling across the country, or someone who quitting their corporate job and becoming a yoga teacher after they've been in a severe car accident.

I first learned what this was like when I was 20 years old, when I was hospitalized for a pulmonary embolism caused by hormonal contraception — and again this past year, when a violent gas tank explosion landed me in the ER with painful second-degree burns on my face and body. While there was absolutely nothing enjoyable about these experiences while they were happening (you'd be surprised at how distressing it is to lose your eyebrows), the overwhelming gratitude that came out of the suffering prompted me to make some significant changes that altered the course of my life for the better.

I would never wish a near-death experience (or a loss of eyebrows) on anyone, but I do think that everyone should know what it feels like to be presented with a clean slate. After the gas tank explosion that knocked me out cold and nearly burned my whole house down, there were quite a few days when I wasn't able to even move off the couch in my living room. I was bandaged up from head to toe, on heavy painkillers, and I had no use of my left hand, since my fingers had suffered the most invasive burns. I had many hours to reflect on my life and think about what I would like to do differently, because it had become clear to me that life could be taken away at any moment.

In the weeks that followed, I decided to sever ties with a particularly toxic friend, and I mended a relationship with an estranged family member. I also promised myself that, in the precious moments of spare time I had with my loved ones, I would spend less time with my nose shoved in my phone, and more time taking in the company that surrounded me.

Sounds a lot like the typical New Year's resolutions, doesn't it? When you're thrown headfirst into a life-threatening situation, you're forced to think about what truly matters, which is supposed to be the framework of resolutions.

In Better Than Before, Rubin refers to this phenomenon as a clean slate, which gives us the chance to constructively reorganize our lives. "Any beginning is a time of special power for habit creation, and at certain times we experience a clean slate, in which circumstances change in a way that makes a fresh start possible," Rubin writes. Although a near-death experience is a surefire way to give yourself a clean slate, it's certainly not the only way to reach the same destination.

That's why, as silly as they can be, I encourage people around me to make New Year's resolutions. Resolutions simulate a sense of possibility you didn't possess before, which can give you a high and make you believe you're capable of achieving anything, simply because you're blessed to make it into another year.

The other day, when I sat down to think about my 2017 New Year's resolutions, I felt like I was back on that couch, aching and slightly sweating from all the thick bandages, yet slightly buzzing from anticipation, envisioning all the good that was going to unfold in the near future. I asked myself how I wanted my life to be more rewarding, and I psyched myself up for all the ways I was going to treat myself right. I experienced the same feelings of possibility and potential as I did after my accident, and these are gifts I plan to give myself every January moving forward. Hopefully, with less bandages and fully grown-in eyebrows.

More like this
I Feel More Like Me With My Meds, Not Without
By Anonymous, as told to Anna Goldfarb
6 Abortion Advocates To Follow On TikTok
By Sara Youngblood Gregory
23 Abortion Funds In States With Trigger Bans To Donate To
By Emma Carey
TikTok’s Favourite Razor Brand Has Launched Into Wellness
By Tomi Otekunrin
Get Even More From Bustle — Sign Up For The Newsletter