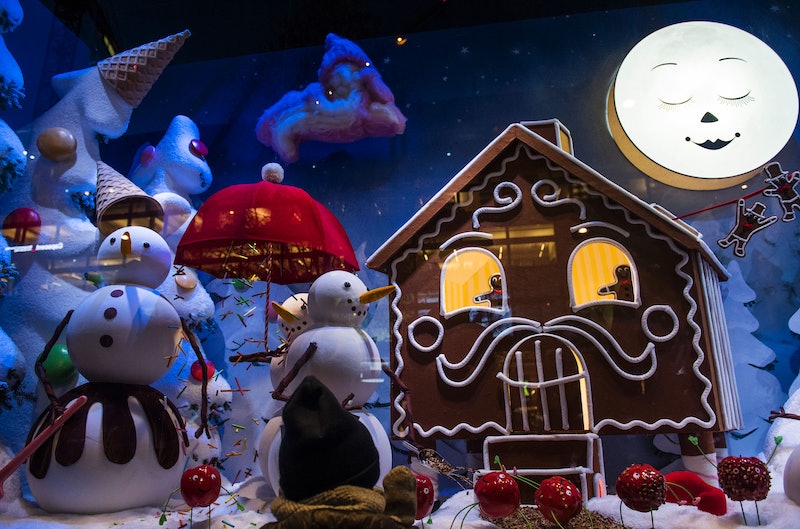 As the holiday season is now in full swing, that nagging annual question arises: What do I get for ______? Everyone knows at least a few choosy folks, whether they're SOs, family members, friends, or unpredictable co-workers. And it's not as if shopping in general is a simple task. Even an easygoing friend can cause gift-choosing angst, whether over what the appropriate amount to spend is, or if she'd love the funky knit weekend scarf more/less/equal to the sophisticated work pashmina. So why not give up the material goods altogether this year, and instead opt for donations made in honor of all those you love and like?

To start, check out the Charity Navigator, a resource that not only rates charities based on trustworthiness and track record, but also breaks them down by category. For the animal lover, an icon click directs users to a page of charities focused exclusively on furry friends, offering three sub-categories to ensure that the conservationist doesn't get confused with the animal rights activist. For the globally minded, the "International" page offers hundreds of charity options that provide disaster relief, medical supplies, and peace missions to impoverished and war-torn areas the world over.

For the political folks on your list, the weirdness and disappointment of 2016 is probably unparalleled for many. John Oliver devoted an entire program to collective disgust with what's gone down over the past 12 months, and there's little reason to hope 2017 will usher in a magically new era of civility and lawfulness. With that in mind, there are several organizations devoted specifically to keeping the future president in check. The American Civil Liberties Union (ACLU), for example, still features Donald Trump's face on their homepage, next to the words "See You In Court." Since the ACLU exists to "defend and preserve the individual rights and liberties guaranteed by the Constitution and the Laws of the United States," their immediate opposition to Donald Trump makes a lot of sense.

The ACLU's "Donate" page offers an option to give "in honor" of that special someone on the gift list, and the giftee can be notified by traditional letter or email. The Anti-Defamation League (ADL) also offers the option to donate in someone's honor. The ADL "fights anti-Semitism and all forms of bigotry, defends democratic ideals and protects civil rights for all." Since Steve Bannon joined Trump's administration, the ADL's mission just got even more important.

Joining the lawyerly outfit of organizations opposed to the incoming president's anti-Constitutional potential is the Southern Poverty Law Center (SPLC). The SPLC is "dedicated to fighting hate and bigotry and to seeking justice for the most vulnerable members of our society." They've been tracking the changing environment since Trump's election by looking at the rise in "anti-" crimes, those that target individuals based on gender, race, orientation, religion, or political ideology. That is (sadly) extremely important work right now.

To end on a less dire note, this is the season of giving. It's a great time to gift loved ones with the knowledge that their commitment to a worthy cause got an extra monetary boost this year.