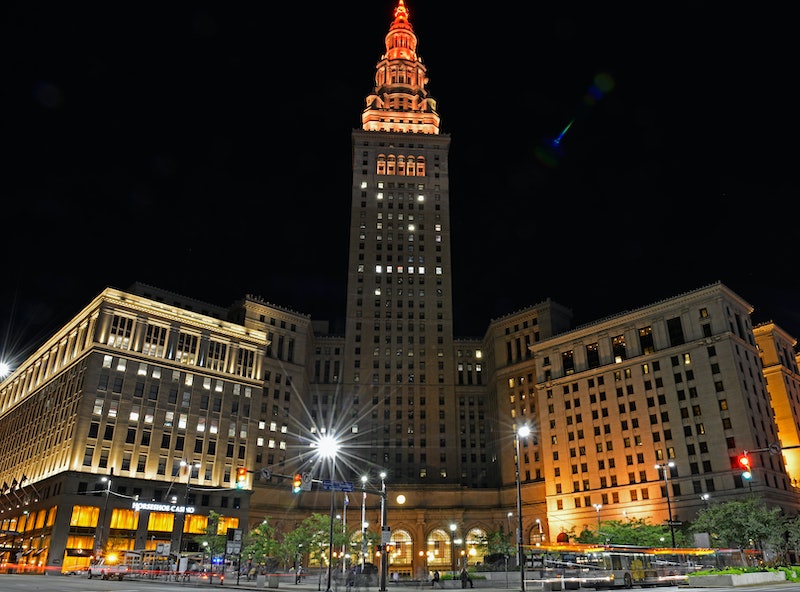 Appalled by the "heartbeat bill" in Ohio? It may not actually be the scariest thing about the Ohio abortion bill whirlwind that's been taking the state by storm in the last few days. The Ohio state legislature just sent a second abortion bill to Gov. John Kasich's desk. This one, if signed, would institute a 20-week abortion ban in Ohio — and it could be part of a political tactic to effectively end a key element of women's health rights in the state, while still getting the approval of moderates.

The bill that's gotten a lot of talk this week is the heartbeat bill. That's the one that would ban abortions in the state if a fetal heartbeat is detected — usually about six weeks in, before most women realize they're pregnant.

Although the second bill, the 20-week abortion ban, sounds less severe, considering there's a bigger window for a woman to at least find out she's pregnant and then make the best decision for herself and her family, it could be more likely to pass. After so much heat on the first bill, Kasich might have an incentive to pass the second one, since, by comparison, it could make him look moderate and win approval from supporters and objectors alike.

The scariest, larger issue around all of this? Lawmakers admit that Trump's election is partially fueling this extreme anti-choice legislation. The heartbeat bill is a measure that's been floating around the state legislature for the past six years, getting passed in the House but always rejected by the Senate vote. Ohio Senate President Keith Faber said a Trump presidency is what tipped the scales. “New president, new Supreme Court justice appointees, change the dynamic,” Faber told WHIO-TV, adding that he felt “it has a better chance than it did before" to not be struck down in the courts now.

Previously, Faber had consistently rejected the bill. As the Columbus Dispatch reported, "Faber had long opposed the bill, fearing it was too extreme and would be overturned by the courts." Faber said, "If you listen to what we've said historically ... conceptually, 100 percent of our members are pro-life, but the concern was one of tactical and strategic decision."

But in admitting his hesitation to pass the heartbeat bill before Trump took office, Faber acknowledges how extreme it is — and because it is so extreme, it steals the spotlight from the 20-week abortion ban proposal. On its own, such a proposal would also receive scrutiny and criticism but because it is up against the heartbeat bill, it's getting relatively little attention.

That is good news for anti-choice advocates. Now, Kasich is in a position where he could potentially maintain the veneer of being a "moderate" if he vetoes the heartbeat bill but signs the 20-week ban. That may, ultimately, be the most damaging result of the heartbeat bill.