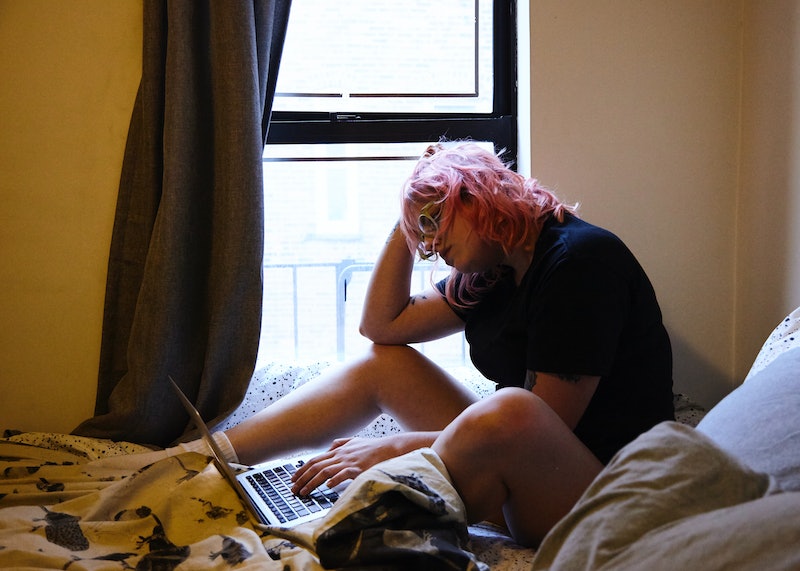 In the weeks since Donald Trump was elected president, one thing has become clear: Anti-choice advocates have become emboldened by his win, envisioning a future in which federal law strips women of the rights to their own body. A wave of terrifying anti-choice actions are being carried out in the country right now, and each attempts to posit the well-being of a fetus over the well-being of a person. These three actions — the so-called heartbeat bill, the 20-week abortion ban, and the potential dismantling of Roe v. Wade — all leave women in an incredibly vulnerable place.

It does not help that two of these three actions are being overseen by Ohio Governor John Kasich. The former Republican presidential candidate has repeatedly slashed funding for women's health in his own state, and it looks as though, when given the chance, he may sign into law this heartbeat bill and 20-week abortion ban. Both make it effectively impossible to receive a legal and safe abortion in the state.

The recent onslaught of attacks against women's health will likely just be the beginning in Trump's decidedly anti-woman administration. Here is a rundown of what these anti-choice actions could mean for American women.

Passed by Ohio lawmakers on Tuesday, this draconian bill purposes that abortions should be banned after a mere six weeks, when the fetal heartbeat can typically be detected. This bill operates under the notion that fetuses are "people" once a heartbeat can be found. The six-week benchmark would make it doubly difficult to receive an abortion, as many women are not even aware they are pregnant by that time.

This bill, which will soon hit Kasich's desk for his signature, works in direct contrast to standing Supreme Court decisions. Currently, law finds that women have the right to an abortion until the point of viability, which is typically set at about 24 weeks. Bills such as this one have been blocked by the Supreme Court in the past.

Ohio legislators weren't done after the heartbeat bill this week. They have also passed a bill that would ban abortions after 20 weeks, again failing to meet Ohio's own 24-week viability statute. Horrifically, the bill does not even include an exception for victims of rape or incest, despite opposition from Democratic House members.

This 20-week bill, as well as the heartbeat bill, were passed in the lame-duck period of Ohio's House session. Each were last-minute additions to a child abuse bill that had wide support from both Republicans and Democrats. Kasich will have 10 days to veto the bill, with his countdown on the 20-week ban beginning Dec. 28. If he doesn't act, the bill will become law by default.

While this attack is broader than a single piece of legislation, it certainly is within the realm of possibility in a Trump presidency. Trump has promised to elect anti-choice Supreme Court Justices, which could very well tip the vote against Roe v. Wade. Should one of the Democratic justices retire or swing voter Anthony Kennedy join alongside the anti-choice Republicans, we could see the law overturned in the next four years.

Beyond that, conservatives have other options to effectively kill Roe v. Wade without actually striking it down. As the Washington Post explains, Republicans on the court could make abortion legal in Democratic states and illegal in conservative ones by removing the "undue burden" standard set in Planned Parenthood v. Casey. This standard that says women must not face an "undue burden" to receive an abortion could be overturned, and the conservative justices would have free reign to say measures such as Ohio's heartbeat bill or the 20-week ban are now constitutional.

These bills are likely just the tip of the iceberg in Trump's anti-choice presidency. It's up to women and their allies to oppose these measures at every turn.