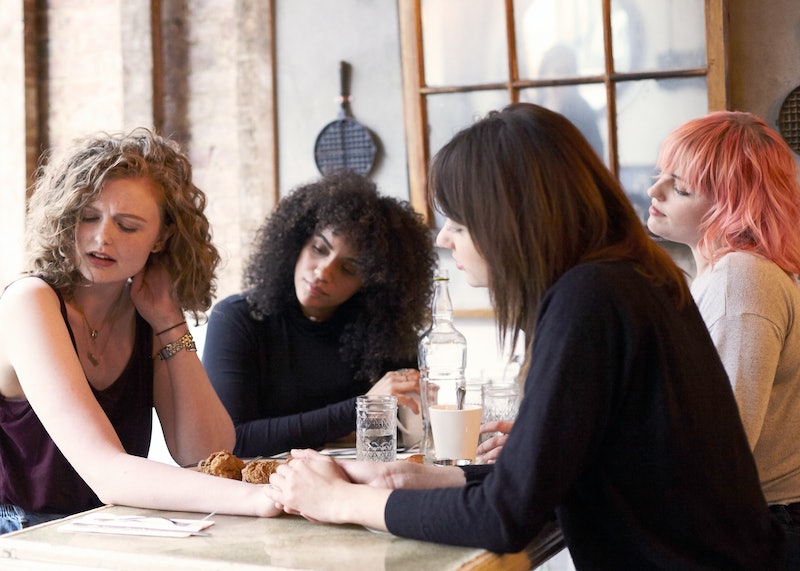 It's no secret that Donald Trump ran his presidential campaign on a subtly (and not so subtly at times) misogynistic platform. Between his commitment to defund Planned Parenthood, the benevolent sexism of his paid family leave plan, and his literal remarks on women, there's no doubt that gender equality wasn't high on Trump's list of priorities. In light of his Electoral College win, that disregard for women's rights has trickled down to one statehouse in the Midwest, where abortion may now become almost completely inaccessible. The Ohio heartbeat bill is the latest attack in the war on women, and it proves that Trump's election means a new era of legally supported sexism.

News of the Ohio heartbeat bill blew up this week because of the dire consequences it will bring to the state of Ohio if it goes into effect. If Governor John Kasich signs the bill into law, all abortion is essentially banned in Ohio. The bill bans the procedure in all cases where the heartbeat can already be detected, which often occurs before women even know they're pregnant. The viability window was already small enough — women were already facing a small amount of time to make a scary and emotional choice, but Ohio's new bill would eliminate almost all processing time for women facing the decision of whether or not to have an abortion.

The scariest part of this bill, however, is the reasoning behind it according to Ohio State Senate President Keith Faber, who stated that Trump's election helped the legislature pull off passing the bill. "New president [and] new Supreme Court justices changed the dynamic,” Faber told WHIO, a local TV station, when asked about why the legislature decided to push forward with the bill now after years of trying. "I think it has a better chance than it did before." To local lawmakers who want to see women's reproductive rights limited, Trump's election has given them the courage to push their agendas, which definitely means this is not the last time a law like this will come across a governor's desk. Across the country, especially in the states where Trump won the popular vote, you can expect to see more bills like Ohio's, and probably more rationalizations like Faber's.

The climate for reproductive rights in the United States was already scary before the election, but now there's strong evidence that anti-choice legislators are using Trump's election to limit women's freedom even more. This really is the war on women that people feared during the campaign, and it could extend to other areas soon too, like access to low-cost health care or public assistance, both of which Trump opposed during the campaign. As Trump's far-right influence continues to trickle down, it will more than likely do incomparable and irreparable damage to women's rights, and most particularly for one of the most vulnerable groups in American society, poor women of color.