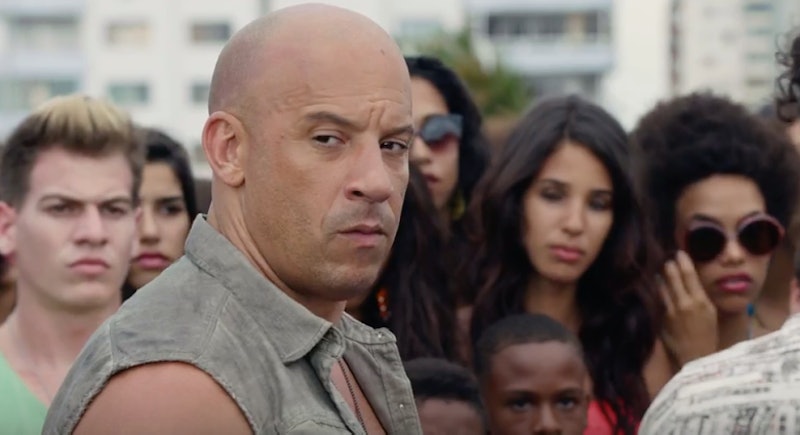 This year has already taken so much from us that when I saw the first teaser trailer for the eighth Fast and the Furious movie and saw the title they'd decided on, my stomach dropped, and I found myself wondering — is The Fate of the Furious the final film of the franchise? (And also, how can I use more words that start with "F" in that sentence?) Something about the word "fate" and the fact that eight is such a nice round number got me nervous that this is the last teaser trailer I'd ever get to see in this magical series, and I wondered if other fans had the same response I did.

Luckily, it turns out that FF8 is decidedly not the final film in the franchise, but it's a perfectly natural thing to worry about. Aside from the ominous use of "fate" in the title, like we're going to find out what happens to these characters once and for all, this eighth film is also the first in the Fast and Furious franchise not starring Paul Walker, after his untimely death in 2013. Ever since the release of Fast 7 in 2015, I've believed that production on the next movie should keep moving forward, or risks losing momentum in the face of such a tragedy, and it was easy to imagine the cast deciding to hang it up after the Fate and the Furious.

But ultimately, I worried in vain, because the word "fate" was chosen just because it makes sense as a visual joke: It's that this is the eighth movie, so F8 equals "fate." It's right there, I just couldn't see it because I got too nervous about the potential end of an era. And even without that, franchise star Vin Diesel confirmed at least three more Fast and Furious movies back in February 2016, even sharing their release dates: April 14, 2017; April 19, 2019; and April 2, 2021, respectively, so I never should have wasted my time questioning it.

So there's no need to start saying your goodbyes to these characters or this franchise just yet, because we'll all be neck-deep in driving drama for years to come. Almost five years, in fact. In a lot of ways, it's the only thing we can truly rely on in this world, so please enjoy the below teaser trailer, and start thinking of new places that humans can drive cars.

Maybe on the moon? I dunno, I'm just throwing out ideas here.

More like this
The 'Hocus Pocus' Sequel Finally Has A Release Date & It Makes Total Sense
By Shannon Barbour and Radhika Menon
9 Honestly Unbelievable Revelations From The WAGatha Christie Trial
By Frances Stewart
Everything To Know About Marvel’s 'Thor: Love And Thunder'
By Grace Wehniainen
What Does Doctor Strange’s Third Eye Mean?
By Arya Roshanian
Get Even More From Bustle — Sign Up For The Newsletter