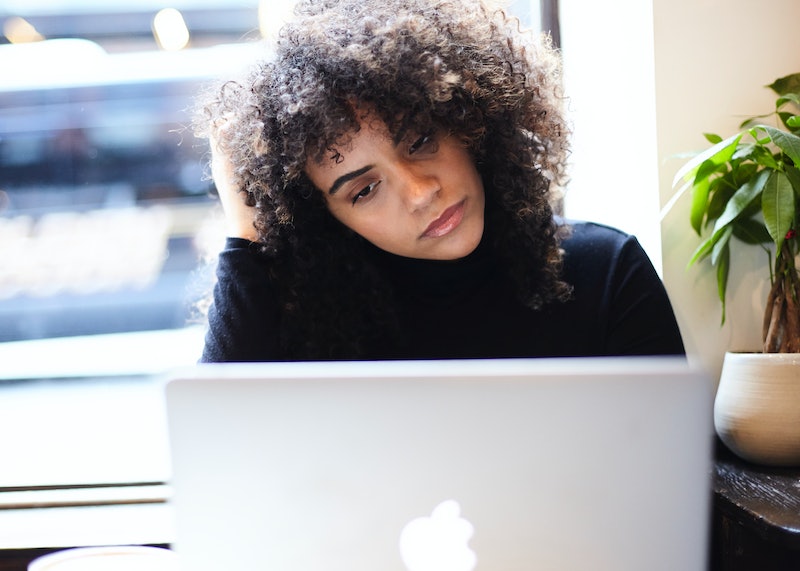 Earlier this week, Ohio lawmakers passed a so-called "heartbeat bill," in a major blow to women's reproductive rights. The bill bans abortion when a fetal heartbeat is detected, which can occur as early as five to six weeks from conception — before many women even know they are pregnant. Yet one of the bill's proponents has unintentionally helped make a case for why men shouldn't regulate women's bodies.

Republican Rep. Jim Buchy was one of many conservative legislatures to cosponsored the "Heartbeat Bill." He told Ohio Public Radio the bill would give women reason to be more responsible. "What we have here is really the need to give people the incentive to be more responsible so we reduce unwanted pregnancies," he said.

But you may have heard Buchy's name before. In 2012, the Ohio lawmaker sat down with a reporter from Al Jazeera as part of a documentary called The Abortion War. After explaining that his end goal was to see abortion outlawed in Ohio with an exception made only if the life of the mother was in danger, Buchy was asked, "What do you think makes a woman want to have an abortion?"

As frustrating as Buchy's answer may be, it's not altogether surprising that a male lawmaker intent on pushing through legislation banning abortion has never thought about why a woman might want to obtain one. Lucky for Buchy, there have been studies on why U.S. women have abortions.

The fact is there are many reasons why a woman might chose to have an abortion. She may be a student. She may have already had children. She may be in no position mentally, financially, or emotionally to care for a child. She may have been raped. She may have health issues that would make carrying a child a threat to her life. She may just not want kids and her regular method of contraception failed.

As with any medical issue, a woman's reproductive health may have her making some tough decisions from time to time, including that of abortion. These gut-wrenching decisions are best left to the woman and her doctor, not men with a demonstrated lack of awareness of the multiple factors that drive women's decisions.

Men have long been passing laws under the guise of "protecting" women, and abortion restrictions are no exception. Lawmakers often cite a desire to protect women's health as their motivation for rolling back reproductive rights. In the name of protection, lawmakers have made women wait, go through counseling sessions, complete ultrasounds, and read medically inaccurate pamphlets. Yet studies have shown (and I can't believe I'm going to write this next bit) that women are more than capable of making the right decision for them when it comes to their health.

In 2015, researchers at the University of California, San Francisco found that although 53 percent of women reported the decision to have an abortion was a "difficult or very difficult" one to make, 95 percent did not regret having an abortion years later. The study also found no evidence of so-called "post abortion trauma syndrome."

A second study conducted earlier this year also resulted in similar findings with the women examined found to be as certain or more certain in their decision to have an abortion than women opting to get a mastectomy or men choosing a prostate cancer treatment method. "Our findings challenge the argument that women are particularly conflicted about whether or not to have an abortion and would universally benefit from laws that would require them to have additional counseling visits, to wait up to 72 hours before receiving care, or do ultrasounds," the Huffington Post reported Lauren J. Ralph, an epidemiologist at University of California, San Francisco’s Advancing New Standards in Reproductive Health, where the study was conducted, said.

While Buchy may not have thought much about why a woman might need to get an abortion, he's certainly thought long and hard about how to restrict their access to the procedure. He's supported bills seeking to ban abortion at 20 weeks and prohibit abortions from being covered by insurance.