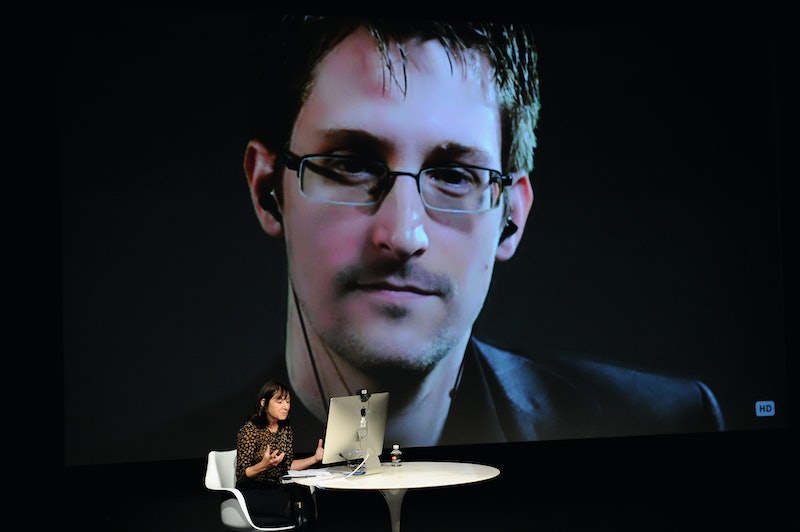 In February, National Security Agency whistleblower Edward Snowden tweeted that the 2016 election was “a choice between Donald Trump and Goldman Sachs,” referring to Hillary Clinton’s ties to the big Wall Street banks. One of Trump’s latest job offers — admittedly, not for a cabinet post — was reportedly made to Gary Cohn to direct the National Economic Council, the main advisory group to the president on economic matters, according to NBC News. The report added that it was "unclear Cohn will accept the post." Cohn’s previous experience? He’s the president and chief operating officer of Goldman Sachs, the financial firm Trump bashed repeatedly during the campaign.

In Snowden’s defense, Trump’s cabinet picks have gotten so pointedly ridiculous that to be surprised about them almost feels passé already. The Daily Show’s Trevor Noah summed it up tidily on Thursday, saying, “Almost every single person he’s picked for his cabinet wants to destroy the thing they’ve been put in charge of.” But Trump’s tripling down on Goldman Sachs alums seems to be a particularly rude finger to the people that voted him in, and in some ways, seems to be the economic equivalent of his bombastic claim that “I could stand in the middle of 5th Avenue and shoot somebody and I wouldn't lose voters.”

There are ironies aplenty in the aftermath of the 2016 election, not the least of which is Trump’s economic populism increasingly proving to be a total farce. But Snowden’s tweet — made in the early days of the Democratic primary, when Clinton was running against actual populist Bernie Sanders — underscores the extent to which she was held to a higher standard. Can we imagine, for a moment, a reverse scenario where Clinton tried to appoint someone loosely affiliated with Goldman Sachs to her cabinet? I truly believe that everyone right of Maureen Dowd would go wrong-holy-grail-drinker over it.

In fact, if you’ll indulge me in a bit of alternate-reality fantasy, I think the pressure on a President-elect Clinton to choose an economic outsider would have been so great that she would have never been able to appoint someone affiliated with the big banks. Snowden’s blithe assertion that Clinton was synonymous with the big banks became an underlying refrain of Trump’s and the race writ large.

Viewing Snowden’s tweet in light of this latest nauseating lurch in the roller coaster of Trump’s presidency does make one thing clear: The choice may have ended up being between Sachs and Sachs, but I believe the true distinction is that one of these candidates DNGAF, and that is the guy who’s going to be our next president.