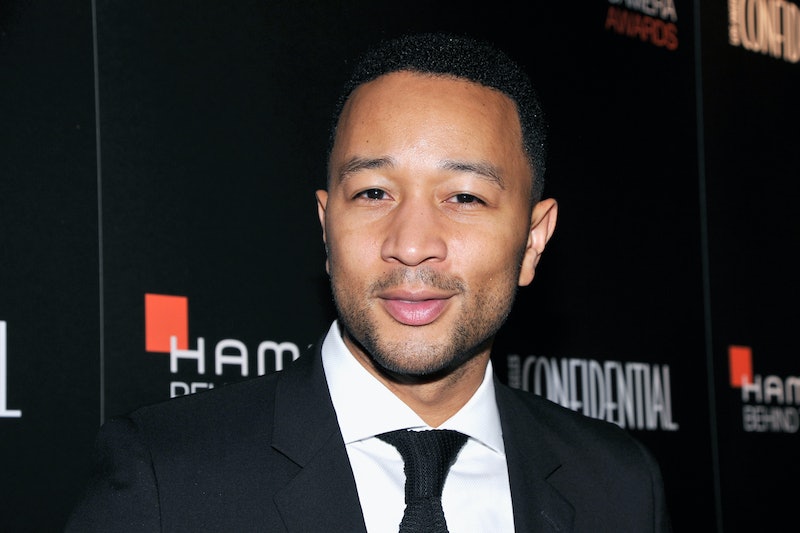 It's been a big year for John Legend. He and wife Chrissy Teigen welcomed their beautiful baby, Luna, he just released his new album, Darkness And Light, and he's a star of the sure-to-be Oscar darling La La Land. He also, of course, continued to be a fierce advocate and civil rights activist throughout the election that left many marginalized people fearful and hopeless, even going to bat with Donald Trump, Jr. on — where else? —Twitter. On Friday, Legend wrote an open letter to President Obama, which was published in Rolling Stone, asking him to exercise his power of clemency and commute sentences of non-violent drug offenders before he leaves office and the Trump administration steps in.

Legend has long been passionate and vigilant about criminal justice reform, especially regarding the War on Drugs. His initiative #FREEAMERICA has partnered with the AFL-CIO to make efforts to change the policies of the criminal justice system. In his letter to Obama, who Legend first "thanks for [his] friendship and for [his] outstanding service to our country," the singer pleads with POTUS to grant pardons to the thousands of individuals incarcerated for non-violent drug offenses:

An estimated 36,000 non-violent drug offenders housed in federal prisons have sought relief under your clemency initiative and it is unclear how many of the remaining cases will be reviewed before you leave ... I urge you to consider issuing categorical commutations to bring an end to the injustice that remains in our federal sentencing schemes.

While he did praise the Obama administration's steps toward prison reform, he noted that much more action was necessary to "dismantle the unjust policies of the past 40 years."

When he was a teenager, Legend's mother struggled with a decade-long addiction. In a piece for Time last July, urgently titled "Mass Incarceration Is Destroying America," Legend wrote, "The financial toll of mass incarceration is irresponsible; the human toll is unconscionable." He stressed the need to end the War on Drugs and replace it with empathy, compassion, and most importantly, rehabilitation: "My mother didn’t need punishment; she needed help. Criminalizing drug abuse only further shatters people and families that are already in pieces."

On Tuesday, Legend spoke to Trevor Noah on The Daily Show about the vitriol and hate he gets on Twitter from people telling him to "stay out of politics." As you might expect, he laughed it off and reassured everyone that he would continue to use his platform to further his activism. His open letter shows he's doing just that.

More like this
Celebrities & President Biden Are Enraged By The Leaked Roe v. Wade Decision
By Alyssa Lapid
The Music Industry Continues To Fail Black Women
By Precious Adesina
What Is Barack Obama’s Net Worth? He Makes *Way* More Now As An Ex-President
By Hugh McIntyre
Watch Benedict Cumberbatch Lead An ‘SNL’ Medieval History Lesson On Roe v. Wade
By Grace Wehniainen
Get Even More From Bustle — Sign Up For The Newsletter