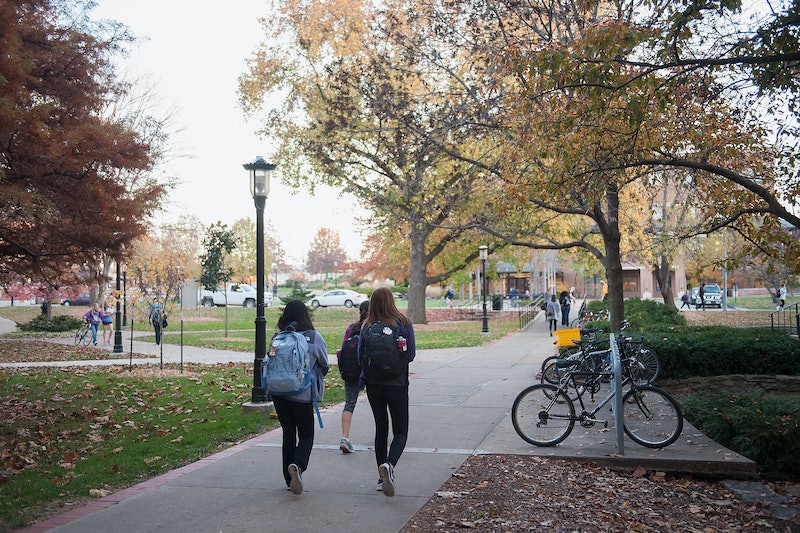 Less than two weeks after 11 people were injured in a stabbing at Ohio State University, Ohio lawmakers expanded the state's concealed carry laws to allow licensed gun owners to carry concealed weapons on college campuses, at day-care facilities, in airport terminals, and on private aircraft. The bill comes as state legislatures moved to pass some of the country's strictest anti-abortion regulations.

House Bill 48, dubbed by critics as the "guns everywhere bill," easily passed Ohio's Senate in a 22-8 vote Friday after moving through the House 68-25 with minor revisions. According to Reuters, Ohio representatives removed a provision from the bill that would have included government buildings such as libraries and city halls among the list of places approved for concealed carry. The bill now awaits action from Ohio Gov. John Kasich.

Legislation to expand Ohio's concealed carry laws was not without controversy. Even Ohio's law enforcement members appeared divided over the matter with the bill supported by the Buckeye State Sheriffs' Association, but opposed by both the Ohio Association of Chiefs of Police and the Ohio Prosecuting Attorneys Association.

While proponents have said such legislation could help prevent mass shootings and stabbings like the one recently carried out at Ohio State University, opponents of the bill argued that allowing concealed weapons on campus would place students in greater danger. "Adding more firearms in more places will only increase tragic incidents like the Ohio State attack and Chardon shooting," Ohio State Sen. Kenny Yuko wrote in an op-ed published by Cleveland's The Plain Dealer. "It is just too dangerous to allow concealed carry in high-risk areas when we cannot tell responsible gun owners from careless or malicious ones."

A total of 11 people were injured Nov. 28 when an 18-year-old plowed his car through a crowd on Ohio State University's Columbus campus before exiting the vehicle and stabbing people with a knife. The suspect was shot and killed by a university police officer.