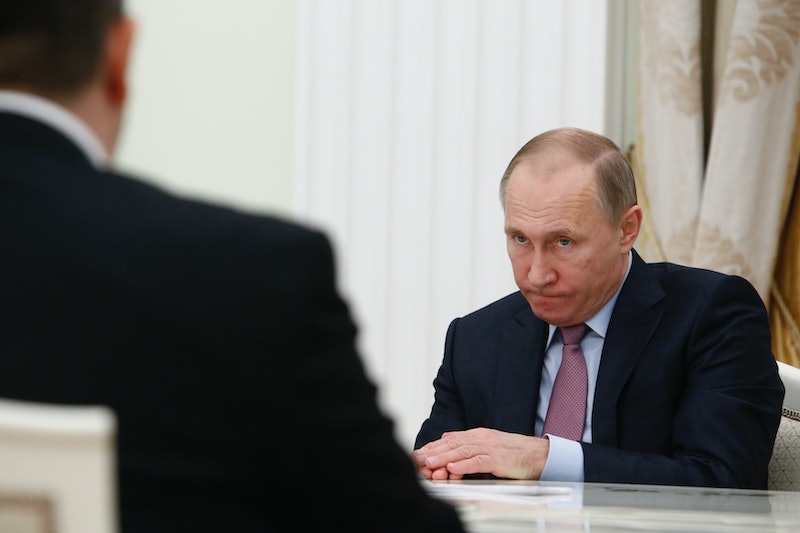 News broke on Friday that the CIA seemed to confirm something many have long suspected: Russia's tampering in the U.S. presidential election wasn't designed just to stir up issues of voter confidence. The new information, which was presented in a secret CIA assessment, indicates that figures with close ties to the Russian government not only had breached the system, but they were actively trying to influence the election in favor of President-elect Donald Trump. With this latest bombshell, many are wondering if there will be an investigation into the CIA's Russia claims. The short answer? President Obama is already on it.

In the assessment, the CIA identified individuals who had previously hacked into emails from the Democratic National Committee and other key figures, including Hillary Clinton's campaign chairman. Those individuals, according to the Washington Post, were part of a wider effort from Russian groups to elect Trump and hobble Clinton's chances. "It is the assessment of the intelligence community that Russia’s goal here was to favor one candidate over the other, to help Trump get elected," a senior U.S. official briefed on the CIA's presentation told the Post.

Obama has ordered a "full review" of Russia's cyber involvement in the campaign and has asked for a report before he leaves office of Jan. 20. That information will be shared with "a range of stakeholders, to include the Congress," Lisa Monaco, Obama's homeland security adviser, said at an event Friday morning, according to Reuters.

At this point, it's unclear if the more comprehensive report for Obama would actually result in any kind of action against Russia, but the CIA's conclusions are certainly being investigated. That will hopefully be able to answer some of the questions that the CIA still has about Russia's plans. Notably, there has been no clear information gathered that shows the Kremlin directed the cyber breaches, only that the actors in it had close ties to the government.

What's also still unclear is if the public will ever be made aware of the details of the report, or if they will only receive broad-stroke summations. Members of Congress this week sent a letter to Obama asking to be briefed on the supposed interference, days before this next bit of information would surface. So if Congress is still largely in the dark, that could mean the public wouldn't receive any concrete details about the cyber attacks and how they happened.