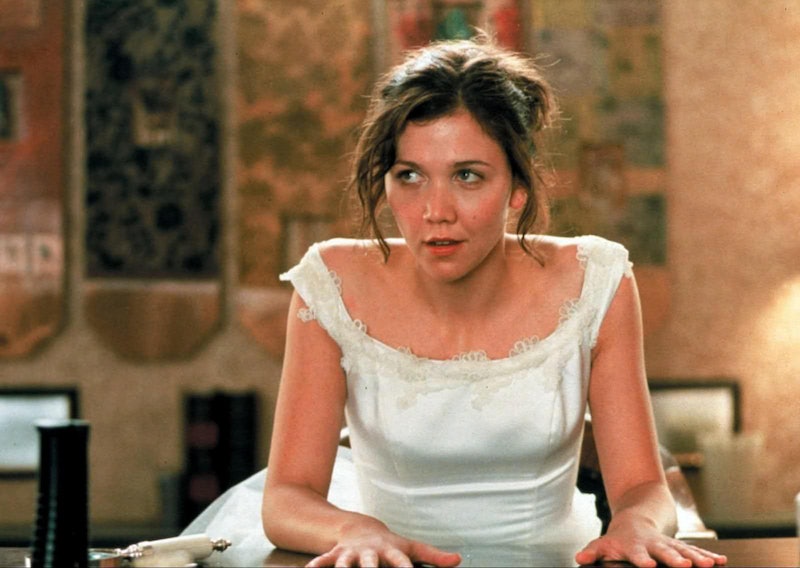 Though movies can undoubtedly offer a thrillingly escapist experience, it's always fun to discover some which deliver escapism alongside a progressive plot line or message. And for anyone who identifies with feminist politics, cinema can often feel like something of a minefield in that respect. There might be scores of very obvious movies which feminists should watch, such as Set If Off, Thelma & Louise, and The Color Purple, but there's also a set of movies which are surprisingly feminist worth checking out too. These are the films with plot lines featuring hidden feminist depths and characters who are given agency and subversive perspectives.

Sometimes these movies can be ones that you've seen dozens of times over and love implicitly, but which you ultimately may have never recognized as having feminist characteristics or arcs. But take a step back and look a little closer, these movies can contain messages of empowerment and powerful statements regarding gender oppression.

From horror and action movies, to comedies and even family favorites, all of the following are movies that feature fiercely feminist plot lines when you look a little bit closer. And suffice to say, some of the movies listed below might just surprise you.

Simply put, Holly Gennaro McClane is the ultimate badass in this film. Not only do viewers discover that she's left her husband in order to pursue her own successful career, but she also stands tough, outspoken, and smart against the terrorists who have taken over her office building (and ruined the Christmas party). Even when she's got a gun pointed at her head.

Not only is Boo smart, inquisitive, adventurous, and brave, but her character arc is ultimately what pushes the plot into action. When she causes havoc by entering Monstropolis, James P. Sullivan and Mike Wazowski are eager to get rid of her. But as the plot develops, they both realize that the young girl is worthy of love and encouragement and that she's capable of far more than they originally thought.

Though it has a reputation for being something of a smutty, male fantasy of a film, there's actually plenty of feminism to respect within the plot. As well as servicing the agency and perspective of its two teenage, female characters who lead the film, the plot also shows them taking control of their lives (however evil their manipulations may be) and straight up demanding and enjoying sexual pleasure. Seriously, trashy and very naked it may be, but Wild Things was surprisingly feminist.

As well as serving up a gratifying slice of female gaze in the form of peak-Patrick Swayze, the film also gives lead character Baby (Jennifer Grey) complete agency in her sexual awakening. The plot also features a commendable reminder on the importance of providing women with safe, legal access to abortion options, which is always worth applauding.

5. A Nightmare On Elm Street

Nancy Thompson isn't just one of the most empowering female characters in horror, but possibly in movie history. With a plot which sees her singlehandedly battling a monstrous, predatory being, Nancy refuses to be a victim and never once doubts herself or her capabilities. It is amazing.

Providing glimpses of some seriously destructive toxic masculinity at the hands of a mysterious stranger David (Dan Stevens), the movie also features a refreshing female gaze. Though that shower scene obviously warranted a standing ovation (see above), so did the powerful character arc of Maika Monroe's Annie.

Not only does this '90s classic kids movie promote the idea of a chosen family (something which can be incredibly important to queer feminists everywhere), it also celebrates the curiosity, intelligence, and fight of a young girl — which is so essential.

Kristen (Liv Tyler) not only confidently rejects a marriage proposal from her long-term boyfriend, but the movie also shows her being completely isolated (and hunted down) in the family home of her ex. Alone for much of the movie, the character repeatedly rejects gender norms in a bid to live without feeling trapped, but also to simply survive.

Cheerleaders always tend to get portrayed as being dumb, superficial mean girls in movies (because strong women in sports must be too difficult a premise to conceive), so I'm eternally grateful that BTVS exists. Not only are her cheerleading skills celebrated by being put to ample use against vampires, but Buffy's arc also shows her becoming empowered, forthright, and real.

This hyper-real satire about toxic masculinity and the very real dangers of egotistical misogynists with too much money and power has never felt so crucial as in these post-election times. Mary Harron's feminist adaptation of Bret Easton Ellis' book remains impressively relevant for this reason.

Set in a British, working class town, Billy Elliott shows an 11-year-old boy defying the oppressive gender expectations of his environment by becoming a ballet dancer. If that's not a supremely feminist statement in itself, then I am out of the game, folks.

As well as providing a top-notch representation of a single mom, the film also delivers a plot line which sees a young boy striving to understand what it means to be a man, and promoting the exploration of that concept. Because not all feminism simply serves women.

Whether you've seen most of these films before, or are still to discover them for the first time, all of them are more than worthy of a watch for their fiercely feminist depths.

More like this
Sandra Bullock, Girlboss Extraordinaire
By Matt Harkins & Viviana Olen
The 'Hocus Pocus' Sequel Finally Has A Release Date & It Makes Total Sense
By Shannon Barbour and Radhika Menon
Lisa Marie Presley Reviewed Baz Luhrmann’s ‘Elvis’ Movie On Twitter
By Grace Wehniainen
Sadly, 'Fantastic Beasts: The Secrets Of Dumbledore' Isn’t Streaming — Yet
By Arya Roshanian
Get Even More From Bustle — Sign Up For The Newsletter