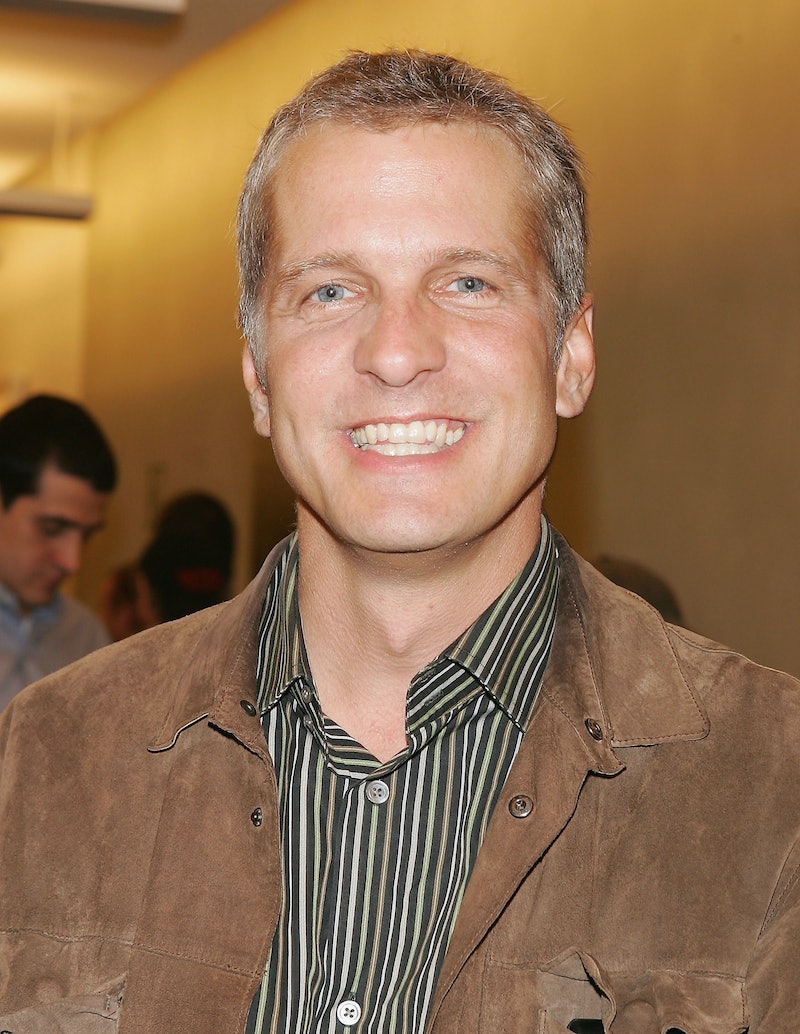 Shonda Rhimes' long-running medical drama has seen its fair share of casting announcements over its 10-season run. Just last week, we learned that two series regulars, Tessa Ferrer and Gaius Charles, would not return for Season 11 and that Season 10 would be Sandra Oh's last. So it came as no surprise that TV Guide announced in February that Patrick Fabian would join Grey's Anatomy in a recurring role as a pediatric surgeon. Grey Sloan Memorial needs doctors, it seems.

Details and confirmation about Fabian's character emerged, leading up to Thursday night's Grey's. The actor's IMDB page confirmed that he'll be playing Dr. Oliver Lebackes, a 40-something doctor who's "funny, caring and maybe just a little too confident with his work, but overall he's a sweetie" according to an E! spoiler from early February. Other than these specifics, we weren't quite sure how Fabian's character will fit into the Grey's fold — well, besides the fact that he'll be working with other tiny-human doctors Arizona and Alex. Will he end up being a love interest for one of the many romantically challenged characters on the series? Probably.

So who is Patrick Fabian? You haven't seen him on Grey's Anatomy before but you have seen him on a handful of other ABC series, including of few of Shonda Rhimes' other projects. And he's been ridiculously busy over the 20-plus years he's been in Hollywood. Meet the new doctor at Grey Sloan Memorial — who's guest-starred on basically every show you know and don't know from the past 20 years.

He was bearded and mustached, but we'd recognize that face no matter what. Fabian's Professor Landry had an eight-episode arc during the 2006-2007 season of Veronica Mars as Mars' Intro to Criminology professor. Landry, after creepily taking interest in Mars' career choice, ended up being investigated by Keith Mars for the Dean of Hearst College because he was having an affair with his wife.

Okay, what? In Fabian's self-written IMDB mini-biography, he opens with the fact that in his 20-plus years in Hollywood, he's racked up 110 IMDB credits (we're not sure if this is updated regularly, but that's still a hell of a lot). And those credits run through the film and television industry and refer to recurring roles on every popular series you could think of from HBO to ABC. That's quite the accomplishment.

When he sets foot in Grey Sloan Memorial, it won't be his first time playing a doctor. Fabian has played a doctor six times over the course of his career on the series North Shore, Everwood, Shark, Life, Longmire, and in the short film Killing Vivian — and his stop on Grey's will make seven. In addition to that impressive tally, the actor's first credited role came on General Hospital in 1997 (not as a doctor). It's safe to assume he'll feel right at home with the series regulars on Grey's.

He's Been On At Least Five Other ABC Primetime Series

Fabian's most recent ABC role came on this season of Scandal, where he played the sexting Senator Richard Meyers. But that's not the first time he's appeared in an ABC series. Fabian's also had guest-starring roles on Ugly Betty, Desperate Housewives, Private Practice, Castle, and the cancelled-too-soon Pushing Daisies leading up to his stint on Grey's Anatomy.

He Was Once A Go-To Disney Channel Bad Guy

Everyone loves a good Disney Channel movie, right? Fabian starred alongside Tia and Tamara Mowry in their Disney Channel Original Movie Twitches and its sequel Twitches Too in 2006 and 2007 as bad-guy Thantos. And, because ABC Family and Disney Channel regularly borrow from one another, Fabian played the only guy still hunting reindeer in ABC Family's holiday movies Snow and Snow 2: Brain Freeze.

He's Got Something In Common With Mary Kate and Ashley

Fabian guest-starred on the Mary Kate and Ashley series (not Full House) Two of a Kind, where he played MK and A's babysitter Carrie Moore's ex-boyfriend, Alex Reardon, on the 1999 episode "My Boyfriend's Back". Talk about degrees of separation.

He Loves Veronica Mars As Much As You Do

On Mar. 17, the actor tweeted at Kristen Bell, Rob Thomas, and Dane Etheridge to congratulate them on the Veronica Mars movie. And he made a funny, aside joke that proves that the series is still relevant to everyone.