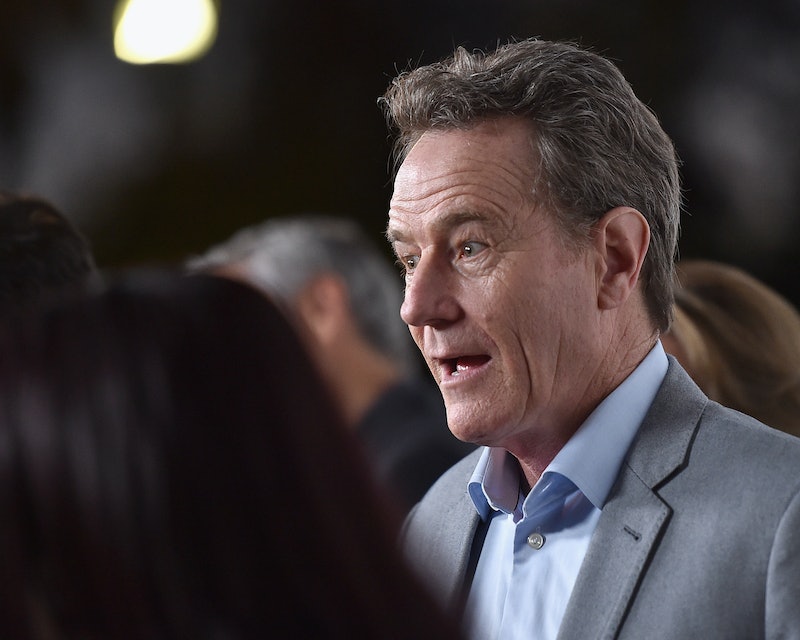 President-elect Donald Trump has been going through the process of picking the members of his cabinet, which have been the subjects of some controversy. On Dec. 10, Saturday Night Live took the opportunity to comment on those picks in an opening sketch, which takes place on CNN's The Lead with Jake Tapper. Bryan Cranston reprised his role as Breaking Bad's Walter White on SNL, making a point about Trump's unconventional cabinet picks, as well as bringing back an iconic character back to the TV screen.

Kate McKinnon's Kellyanne Conway introduces Walter White (wearing his Heisenberg hat and all) as Trump's so-called top candidate to be the head of the DEA. "Walter is amazing," she says of the character. "He came highly recommended by [Trump top strategist] Steve Bannon." Walter goes on to say that "Steve's the best. We've had some times." When Beck Bennett's Tapper asks where Bannon found Walter, Cranston's famous character responds that he was found in the "comments section of Breibart," the controversial news website Bannon once headed. Walter meta-comments that he's been off-the-grid for awhile and Tapper identifies him as a high school science teacher — which Walter agrees to, skeptically. "Trust me, I know the DEA better than anyone," Walter assures Tapper. "Inside and out."

The TV drug kingpin says he doesn't know Trump personally, but he's "a big fan" and likes his style." He continues, tongue-in-cheek referencing the character's drug business: "He acts first and asks questions later. I also like that wall he wants to build. Nothing comes in from Mexico, which means less competition for the rest of us." Walter White even through in his trademark phrase from Breaking Bad: "I am the one who knocks."

He even made sure to clarify how he's even alive right now — SPOILERS ahead for Breaking Bad. In the final episode, Walter White dies, but on SNL, White says he faked his death — and that makes him the third person in Trump's cabinet to do so. "Donald Trump and I agree: We want to make America Cook Again," Walter says.

Check out Walter White's comeback in the video below.