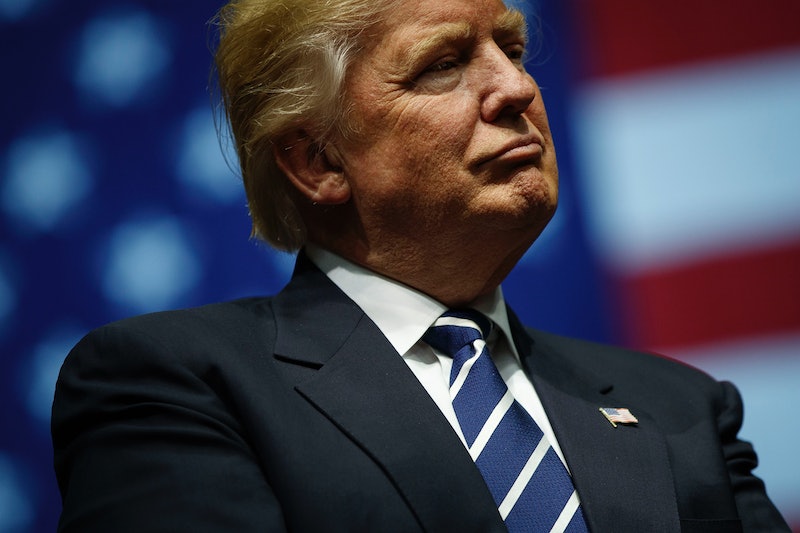 In its infinite wisdom, Saturday Night Live offered some seriously useful advice on the alleged Russian interference with the presidential election. The show compared the country right now in the wake of the presidential election to a house on fire (which feels pretty apt if you're among the millions of Americans dreading a Donald Trump presidency), and the CIA to the fire department that shows up to tell you why the fire started. The problem there, as "Weekend Update" co-host Michael Che pointed out, is that the reason why the house is burning isn't important — the fire just needs to be put out.

While the metaphor was likely just meant to be a joke, it highlights the very real fact that the U.S. is in serious need of action in light of the CIA's announcement about the alleged Russian hacks. The majority of the voting public of America didn't even vote for Trump, and now the perceived fairness of the election has dissipated even more since it looks like the president-elect had help from a foreign government. With extra fuel from Trump's various controversial Cabinet appointments, the fire already feels pretty scorching and there's still more than a month until he even officially takes office.

The problem here is that no one seems very certain of how to go about putting out the fire. There's no precedent for dealing with either side of this scenario, the widely disparate popular and electoral votes or the alleged foreign interference. Though the first instinct is to trust the historical foundation of the Constitution, the thought of allowing a candidate who wasn't actually elected by the people and was allegedly directly supported by an antagonistic foreign government seems unconscionable.

Yet the way forward to making sure that the United States maintains its 240-year streak of democratically elected presidents seems so unclear that the nation collectively seems to be paralyzed. There's no public or governmental consensus about what to do to keep the country on the right track, partially because of political polarization and partially because everyone is still a little in shock that this is actually happening. But the house is burning right in front of everyone, and sitting back and watching it happen can't be an option.

Leave it SNL to throw a thought-provoking political paradox out there on late night tv. This surprisingly deep metaphor about the current precipice of American democracy is the latest gem from the show's renewed commitment to political commentary, and it's one that everyone should really take to heart.