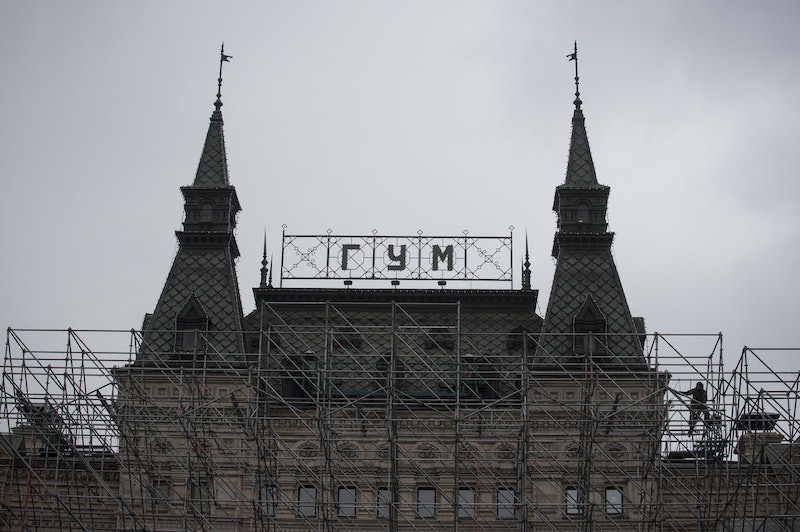 It's no secret that the CIA and the Kremlin don't play well together, but over the weekend, the results of one CIA secret assessment have driven a wedge not just between the U.S. and Russia, but between members of the same U.S. government. On Friday, The Washington Post first reported that the CIA's assessment found that Russia interfered in the U.S. presidential election to help Donald Trump win. Now, what is happening with Russia and the CIA has put Trump and Republicans on the defensive, while Democrats are taking the bait.

According to the Post's report, based on anonymous accounts from U.S. officials, the CIA has said it is "quite clear" that Russia's intention during the U.S. election was to support Trump. Friday's report came some time after an earlier report from October, in which the CIA found that Russia did, in fact, interfere in the U.S. election. The new information seems only to reinforce what was long assumed after that first report.

Still, Republicans and the Trump team don't want Americans to assume anything about the CIA's report. In a statement, Trump's transition team pointed to past mistakes in the CIA's findings to weaken its newest allegations.

These are the same people that said Saddam Hussein had weapons of mass destruction... It’s now time to move on and "Make America Great Again."

On Saturday, top Republicans echoed the Trump team's skepticism. Republican National Committee spokesperson Sean Spicer called for the CIA to disclose its evidence. Speaking with CNN, Spicer said, "What proof does anyone have that they affected the outcome? Because I’ve heard zero. OK?"

While Republicans downplayed the CIA's findings, Democrats took a different approach. Senate minority leader Harry Reid not only supported the CIA's report, but he also brought the FBI into the conversation, calling for FBI director James Comey to be investigated. In an interview with MSNBC's AM Joy on Saturday, Reid said the following:

The FBI had this material for a long time but Comey, who is of course a Republican, refused to divulge specific information about Russia and the presidential election... I think he should be investigated by the Senate. He should be investigated by other agencies of the government including the security agencies because if ever there was a matter of security it’s this … I don’t think any of us understood how partisan Comey was.

Meanwhile, President Obama and other Democratic officials called for further investigation into Russia's interference in the election. It seems the only relevant Democrat who hasn't spoken out is Hillary Clinton, who has laid low since the November election. Although the CIA's report clearly targeted Russia with its serious allegations of election interference, it may have stirred up more controversy between American politicians than between the U.S. and Russia.