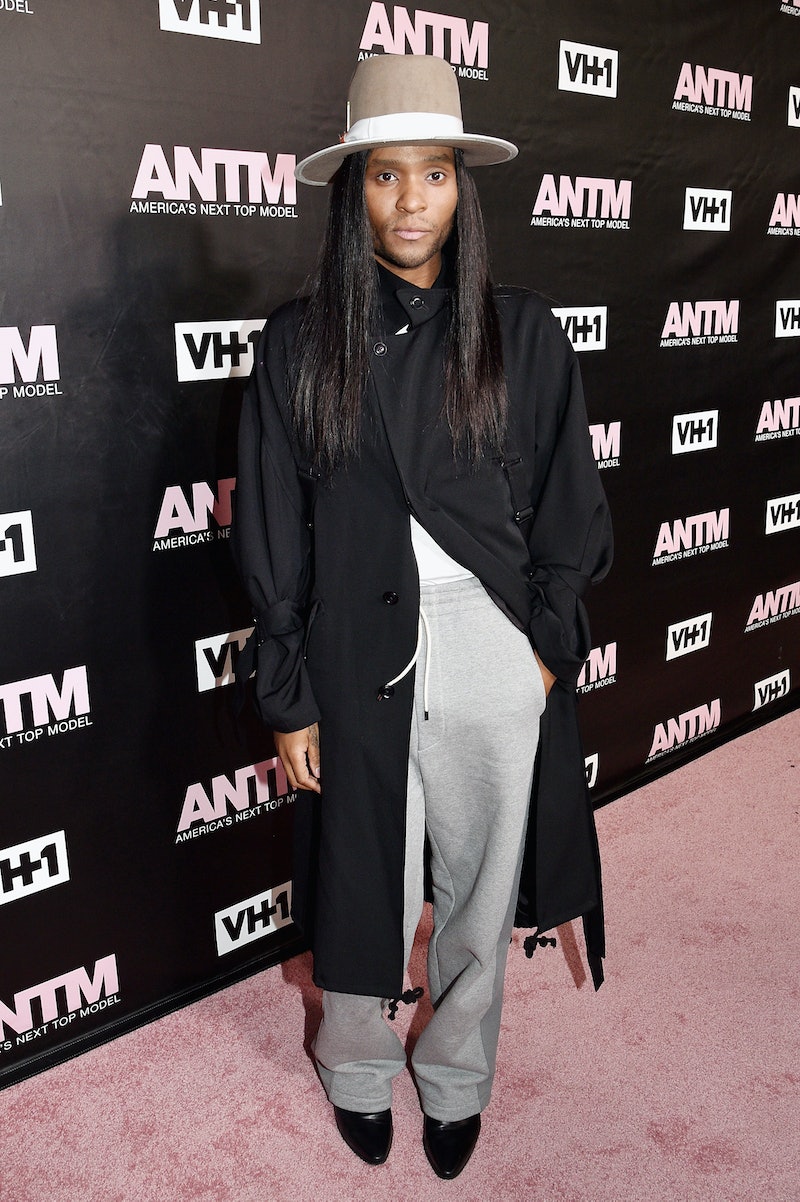 When you think of America's Next Top Model, you obviously immediately think of its incomparable host, creator, and executive producer Tyra Banks. However, America's Next Top Model would have been nothing without its illustrious panel of judges joining Banks in finding up-and-coming fashionistas through the years. Who could forget Janice Dickinson, J. Alexander, or "noted fashion photographer Nigel Barker" lending their expertise to the judges' panel? In addition to replacing Banks as host, the new cycle on VH1, which premieres Monday, Dec. 12 at 10 p.m. ET, is bringing a whole new batch of experts to America's Next Top Model , including judge Law Roach.

Roach will be joining host Rita Ora, supermodel, entrepreneur, and body activist Ashley Graham, and PAPER magazine's chief creative officer Drew Elliott on the judges' panel. Banks is also still sticking around as an executive producer of the series, along with Ken Mok, and she will be making surprise appearances throughout the cycle, VH1 announced in July, including when she surprises the ANTM hopefuls in the first few moments of the premiere, which you can check out below. In the clip, Banks says she is looking for contestants who have what it takes to be a "traditional model," as well as a "social media model. She also promises that even though she's not a host and judge this time around, she will still be watching them.

But Banks doesn't have to watch the ladies too closely, considering the fact that the new judges' panel is more than qualified to find the next great face of fashion, especially with Roach on board. So what makes Roach such a brilliant addition to the ANTM family? Find out why Roach may be the best new thing about this reimagined version of ANTM below.

He's A Stylist To The Stars

Roach has worked with some of the biggest and most fashionable names in the entertainment industry, including Ariana Grande, Celine Dion, Zendaya, Monica, Brandy, and Jessie J, according to VH1. Since that list also includes some of today's biggest style risk takers, expect Roach to bring a unique point-of-view to ANTM.

He Knows How To Build An Image

But Roach isn't just a stylist. Oh no. He's a self-proclaimed "image architect," which is a phrase he told VH1 in the above video that he coined himself. "It actually came a little bit from me wanting to separate myself from this very popular job," he explains what an "image architect" is in the clip. "I'm very cerebral about my craft. So I actually create a blueprint for the girls that I'm working with. It is what architects [do], and instead of building houses, I'm building images." One of his most recent and high-profile projects was refreshing Dion's look this summer in Paris. Since her ultra-chic looks turned heads and grabbed headlines, I think it's safe to say that Roach built her a strong style foundation.

Roach works even more closely with one of his clients, Zendaya. He is the creative director of her shoe and clothing line Daya by Zendaya. They hope to grow it into a full-on lifestyle brand in the future, Roach shares in the aforementioned video, and with his help, the company sure seems to be on the right track.

He Had Humble Beginnings

Roach recently told the New York Post that he never thought he'd get to where he is today in his career while growing up in the South Side of Chicago and making his first foray into the fashion industry by working as a sales associate at a shop called Deliciously Vintage Boutique. “I was just born into fashion. It’s a part of my DNA,” he said during the interview. “I was never a singer or a dancer, so my love for fashion has always been there. But coming from Chicago it was not something that you necessarily thought you would be successful at.” And look at him now!

Roach has been responsible for many major fashion moments over the years, but there's one that reigns supreme. That was when he styled Dion in a Vetements sweatshirt with Jack (Leonardo DiCaprio) and Rose (Kate Winslet) from the movie Titanic emblazoned on the front, which was a nod to the film's iconic theme song sung by the chanteuse, "My Heart Will Go On." "I think it's one of the biggest fashion moments ever to take this brand that is very known for being streetwear to put it on the queen of sequins and rhinestones and have it be cool and not forced," Roach explained in the clip introducing the ANTM judge. "I think that definitely has to be one of my favorite moments of anything I've ever styled."

He's Going To Expect A Lot From The ANTM Contestants

So as you can see, Roach is here to school the fresh faces of ANTM on the importance of personal style as they try to forge successful careers in the fashion industry. Pro tip: Don't wear lace-up sandals and expect to get away with it when Roach is on the judges' panel, as you can see in the above trailer for this cycle of ANTM. He's here to show these aspiring style trendsetters that their looks need to be on point from head to toe.

I can't wait to see the other ways Roach helps the ANTM contestants slay this season.