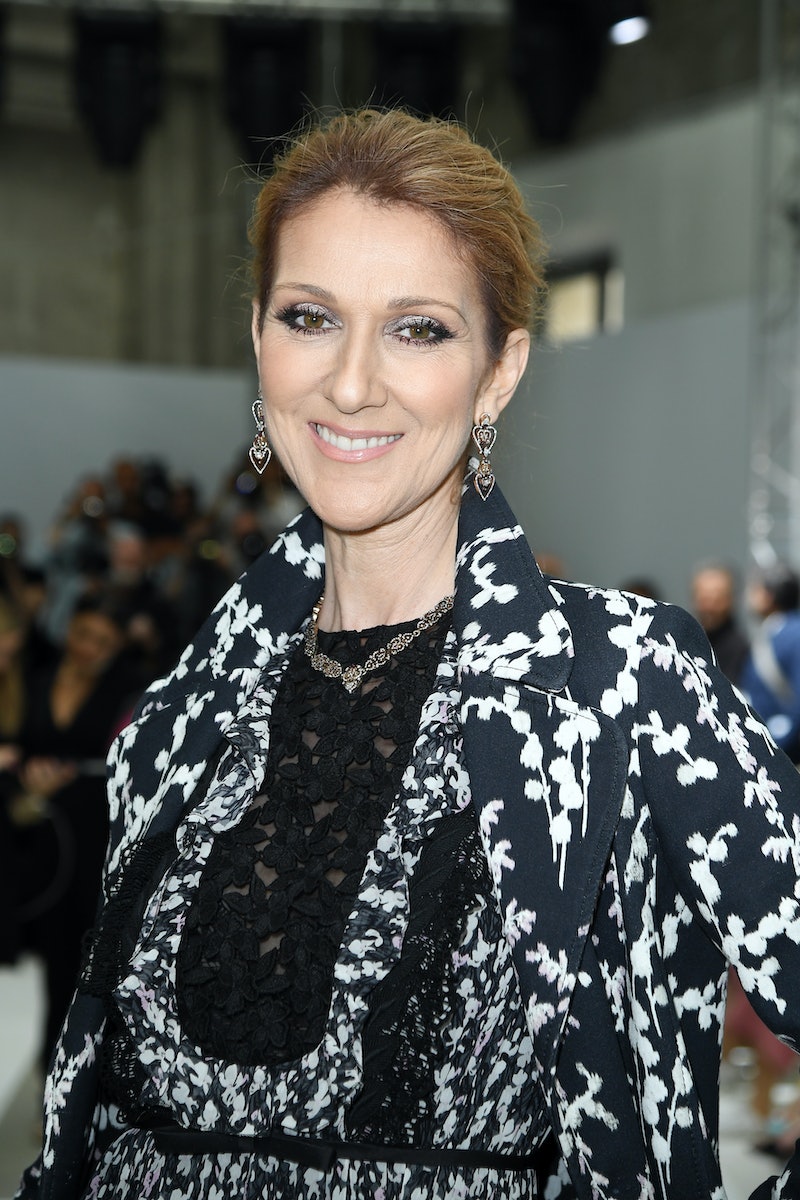 Titanic may be of legal age this year (that's 18 years old), but we're still (and we will never ever be) over it. And apparently, the "My Heart Will Go On" singer hasn't, either—Celine Dion's Titanic sweatshirt that she wore had fans freaking out. Excuse me as I sing the entire song and watch the movie back to back. I'm going to print this photo out of her and keep it on my desk, since it's the gift that keeps on giving.

Dion was in Paris for Paris Couture Week and walked out of her hotel in only the most important sweatshirt in the world: A Vetements oversized hoodie donning Kate and Leo's face, the two clutching one another, with a silhouette of the Titanic capsizing. If those don't give you emotions, I don't know what will. And while the movie itself had some pretty elaborate costumes, this may just be the best Titanic look yet.

According to Vogue, Dion hired Law Roach as her stylist, who introduced her to the high fashion streetwear line. And it looks like he's making all the right choices. If this is a preview of what's to come, I've got to say, I already approve. Roach is also the stylist behind Zendaya's crazy cool looks, so we already know that he's got this one down.

On each arm of the sweatshirt, it reads "Coming Soon." That's pure genius right there.

How's that for some nostalgia to end your day?

Paired with simple denim and a little purse, this look is the epitome of loungewear perfection. So, now that we've all gotten supremely jealous—where exactly can we cop this beauty, or any like it?

Ok, so it's sold out and $885. The price of the perfect sweatshirt is not low. But—there's some other pretty amazing Titanic merch.

This one's equally as great.

Who's loling with me?

4. Off Into The Sunset

Cotton candy skies and all.

The Titanic AND leggings? Count me in.

The shirt says it all.

Love this shirt with mom jeans.

You can't tell me you don't want this shirt.

If this doesn't inspire you to pop in your Titanic VHS in and get some popcorn going, I don't know what will. I know what my plans will be tonight—ordering some much needed merch above and bawling my eyes out.