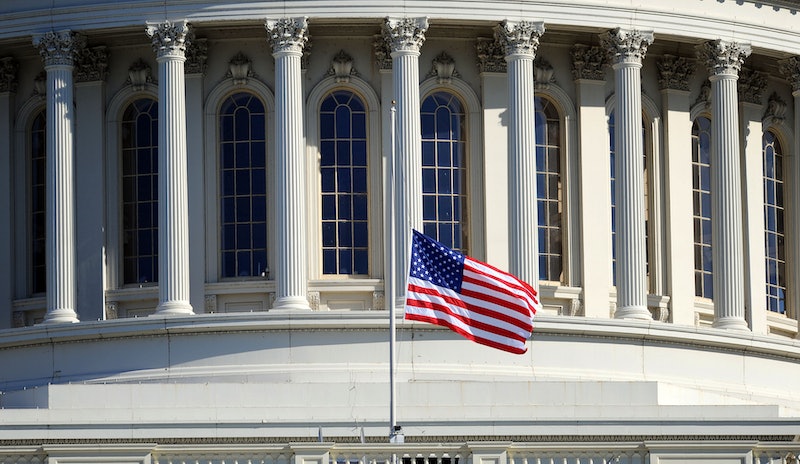 Yes, he will, along with Texas’ 37 other electors. Being a faithless elector doesn’t mean you refuse to show up for the vote itself; it just means that you don’t vote for the candidate who won your state’s popular vote on election day.

So far, Suprun is the only Republican elector on record who says he’ll vote for someone other than Trump on December 19th; although another GOP elector said that he won’t vote for Trump, he opted to resign from the electoral college entirely rather than become a faithless elector. However, Suprun recently hinted that he might not be the only one.

"At this point, there are people who have reached out to me,” Suprun told ABC on Thursday. “I am confident in saying at this point, I don’t think I will be the only one voting for someone other than Donald Trump who is carrying a Republican elector seat." Suprun said that “it wouldn’t be my place to name” who these people are, but he indicated that he was speaking about his fellow Republican electors.

Whether Suprun and his followers will actually affect the outcome of the election is another question. The answer to that question is probably “no.”

Suprun says that he’ll vote not for Hillary Clinton, but a “Republican alternative.” He doesn’t know who this alternative is yet; he’d initially floated Ohio Gov. John Kasich, but Kasich promptly said that he doesn’t want faithless electors to vote for him. Regardless, if Suprun’s fellow Republican defectors follow suit, the best they could hope for would be to deprive Trump of 270 electoral votes.

But if no candidate reaches 270, the question is thrown to the Republican-controlled House of Representatives, and the House will almost certainly declare Trump the winner. It’s a different path to the same result: A Trump presidency.

The only conceivable way an electoral vote could put Clinton in the White House would be if enough Republican electors voted for her — thirty-eight of them, to be specific, which is an incredibly tough climb. But even that might not be enough, as several Democratic electors have said that they won’t be voting for Clinton in December. If they follow through with that threat, several additional Republican electors would have to vote for Clinton in order to push her past the 270 mark.

Suprun’s revolt will make it clear to historians that Trump inspires discontent and dissatisfaction within his own party. But it won’t, in all likelihood, prevent Trump from becoming president.