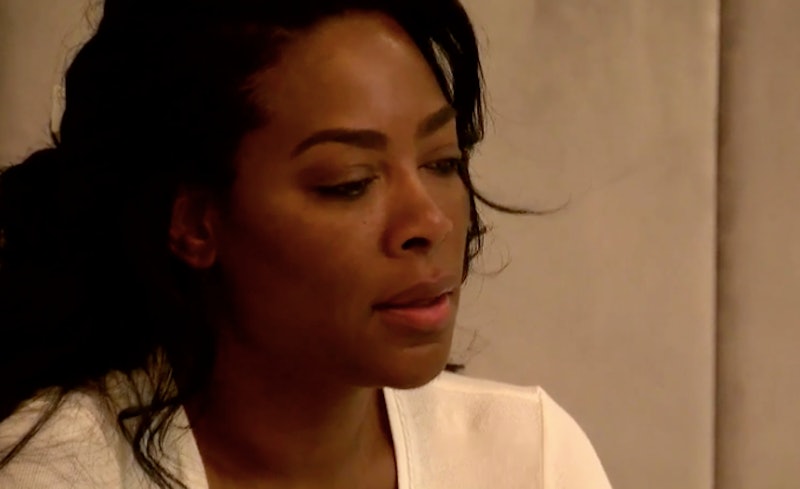 I'm so sorry to report, Real Housewives of Atlanta fans, but Kenya's boyfriend storyline is still going on. After a few weeks of being cute and happy together, Matt disappears for his birthday to spend it with his sister. And then things take a frightening turn when Matt breaks into Kenya's garage on RHOA, escalating the drama to the point where it feels impossible for the couple to reconcile. At the end of the day, there's no way to prove that something happening on a reality show is real or fake. But I will say, if this all happened exactly as presented, I'd agree with Kenya: she should break up with Matt, because physical intimidation is no joke. However, if this isn't the total picture, which their on-camera-again, off-camera-again relationship might suggest, then once again, I say: maybe she found her soulmate, a man willing to alternately play sweetheart and bad guy depending on the episode.

Also, I noted that in the background, Kenya did add a little molding to the boundary between the wall and flooring in her dining room, so you can thank Shereé for that. I think the addition of the molding really adds to the "habitable structure" vibe that now permeates Moore Manor, so good on Kenya and her work crew on being able to take a note. The house is still a bit severe, but it looks nice.

The search for Matt, however, is far less successful than Kenya's house renovation. Matt returns in the middle of one night, looking to move out, to find that Kenya has locked him out of the house. In a resulting fit of anger, Matt kicks a hole through Kenya's garage window. 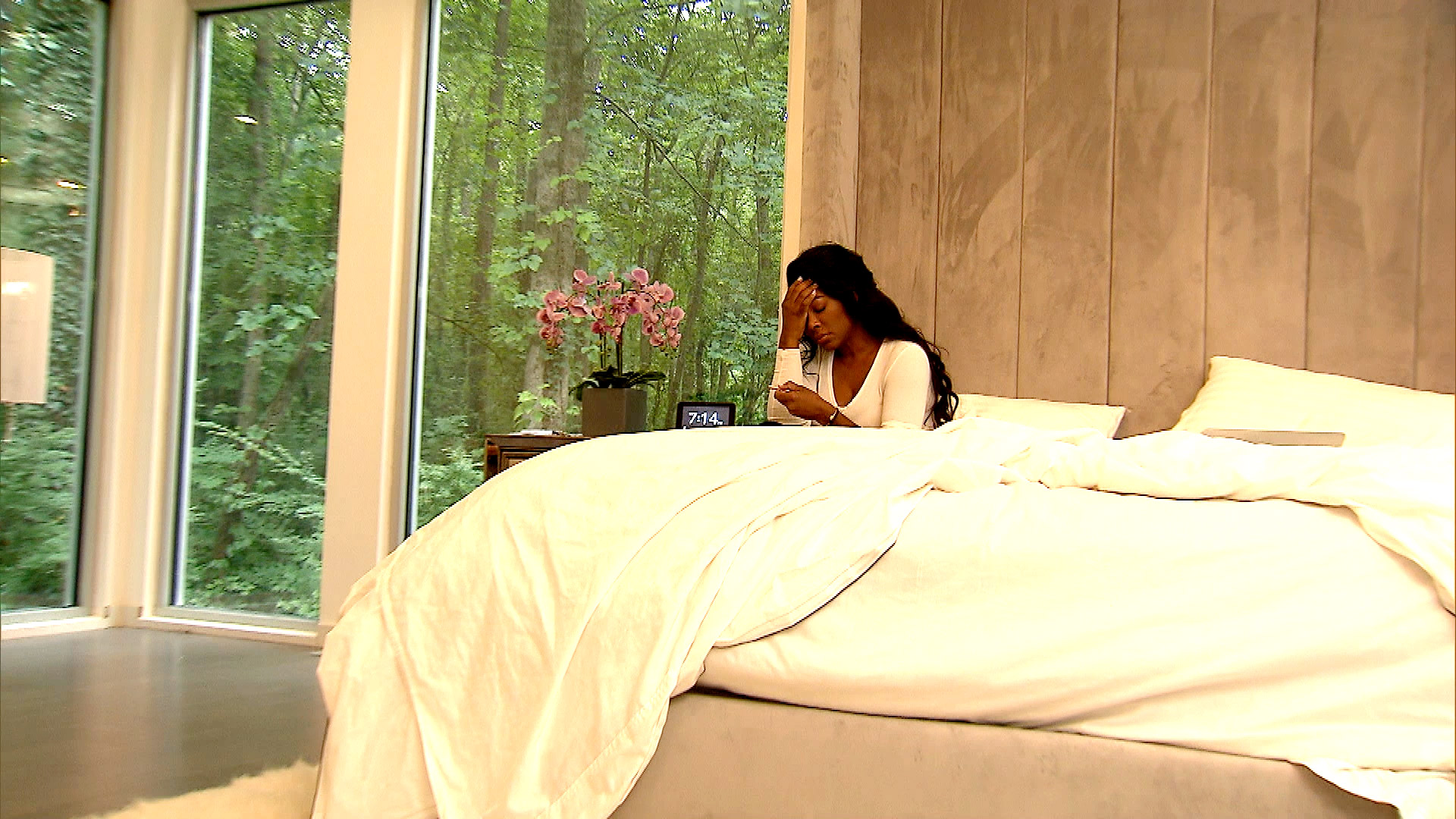 And then in the driveway, a displeased Matt arrives to see that the camera crew is there and filming when Kenya hinted earlier that their confrontation would be off-camera. By the end of the episode, Matt is angrily driving off, and the couple are supposedly broken up. But it's hard to care too much when the preview for the next RHOA episode shows Matt meeting Kenya's dad.