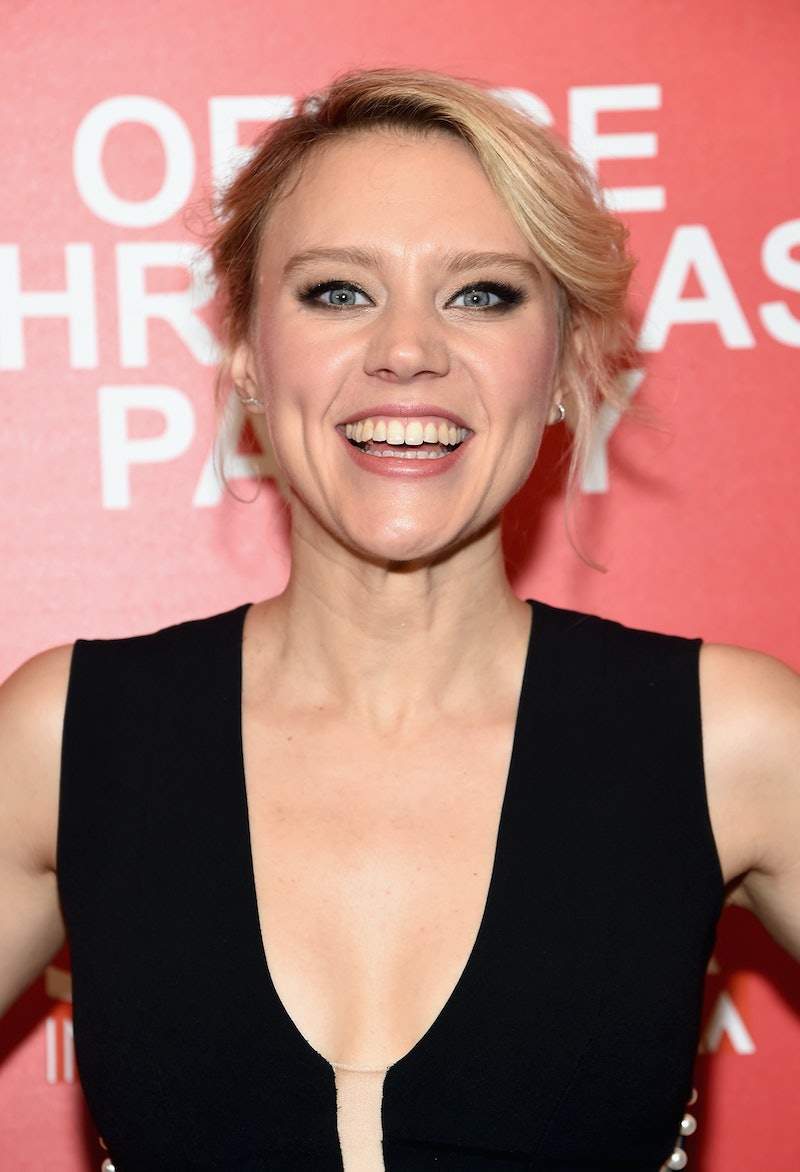 Kate McKinnon is having one hell of a year, isn’t she? She won an Emmy for Outstanding Supporting Actress — Comedy Series, and her portrayal of Democratic presidential nominee Hillary Clinton has won her rave reviews from critics and fans even though the election is already over. Her Hillary impression is one of those political impressions that will stand the test of time, like Daryl Hammond’s Bill Clinton or Will Ferrell’s George W. Bush. It’s just classic. Apparently, the critics thought so, too, because Kate McKinnon won a 2017 Critics’ Choice Award for Best Actress in A Comedy Series for her work on Saturday Night Live. Hillary would be proud, wouldn’t she?

McKinnon wasn’t there to accept the award, as I’m sure she’s gearing up for next weekend’s Saturday Night Live, but I’m sure that she would have given some part of the award to Clinton. What good is an impression without decent source material? McKinnon has done a wonderful job on her past half-decade on Saturday Night Live, but I think it’s only when she started playing Clinton did her star power get ramped up. The fact that McKinnon is being rewarded for playing a glass-ceiling-shattering woman in Hillary Clinton has to be recognized, too. Game recognizes game, you know?

The fact that Hillary Clinton will not be President doesn’t matter — McKinnon will continue to play her and hone all of her other hilarious characters on Saturday Night Live. I actually fear for the day that her Saturday Night Live contract is up — the show is going to lose their literal best and most creative comedian when that happens. I’ll be sad that day, but for now I’m going to enjoy McKinnon groundbreaking and gut-bustingly funny comedy, and I’m sure that Clinton (if she’s not in the woods somewhere) will, too.