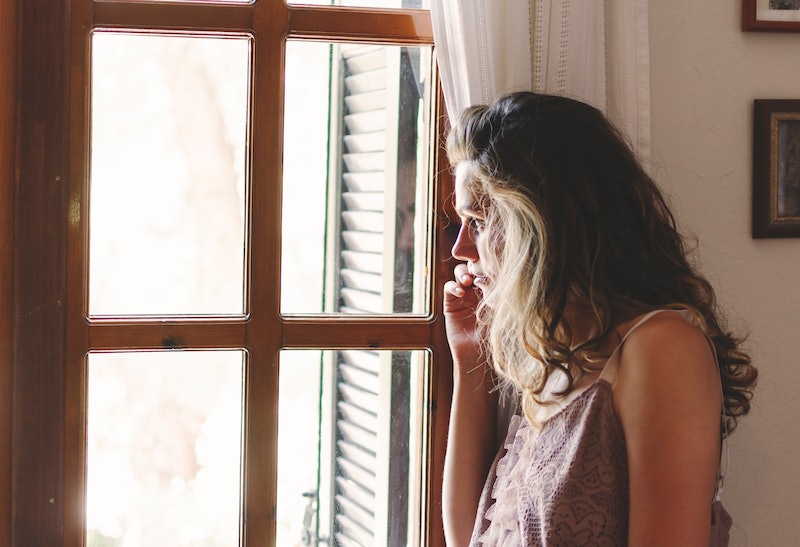 I vividly remember the Monday morning after Philip Seymour Hoffman died from a drug overdose. At work, as my colleagues and I debriefed about the weekend, I commented that his death was a terrible tragedy. I didn't expect that my comment would be remotely controversial — but I was wrong. I was stunned when several of my peers asserted that he was "beyond selfish" for engaging in drug use when he had young children, and that anyone who abuses or is addicted to drugs "has it coming" if they overdose. I fought back tears and, as calmly as possible, said something along the lines of "I've lost family members to addiction. It's an illness, a horrific way to die, and no one deserves it."

My words were met with silence — no one apologized and, although they may have reflected on my comments later, they didn't ask questions about my loved ones or show any interest in educating themselves about the illness of addiction. I don't think any of these young women meant to be hurtful or callous — they had simply never dealt with addiction firsthand, so they jumped to their own conclusions without giving it much thought or reflection.

It's a disturbingly consistent pattern that I've noticed — many people don't think addiction is a legitimate illness. It's far more often viewed as the reckless behavior of a selfish individual — and thus, if the person struggling with addiction dies as a result, it's not a tragedy. All these conversations have made one thing very clear to me: we need to be more outspoken about addiction.

It's crucial that we all be as vocal as possible when it comes to addiction — because whether we've had our own struggles or witnessed the illness in someone we love, we can all play a role in breaking down the stigma. Being more open and outspoken about addiction could be lifesaving, which is part of why we all need to make a conscious effort to talk about it — even when it's painful, uncomfortable, and raw.

1. People Who Suffer From Addiction Need To Know They're Not Alone

A study conducted by Columbia University found that addiction is America's most neglected illness — 40 million Americans over the age of 12 suffer from addiction, which means that more people are afflicted with this illness than heart disease, diabetes, or cancer. And only one in 10 people suffering from addiction report receiving any treatment.

The stigma attached to addiction, along with a troubling perception that it's not a real illness, likely plays a role in dissuading people from seeking the treatment they need and deserve. It's understandable that people are hesitant to talk about it — every time I hear people dismiss the struggles of substance abusers, I feel as though they're personally attacking sufferers I know and love, and it's hard to keep my emotions in check as I try to calmly explain all the reasons it's a legitimate illness. But we need to keep these conversations going so that people who are battling alcohol and drug addiction know they aren't alone, they have nothing to be ashamed of, and they are deserving of medical treatment.

2. It's On Us To Educate People About The Realities Of Addiction

There's no getting around it — conversations about addiction are often uncomfortable and painful, especially if the illness has claimed the life of someone close to us. But we can't simply sit back and hope that other people will educate those who don't understand the facts and realities of addiction. Complacency is a pretty terrible excuse — so, if you have any firsthand experience with addiction, you're in a unique position to put "a face" to the illness. People often assume that addicts are easy to spot, but the opposite is true — plenty of people suffering from alcohol or drug addiction are high-functioning and successful members of society.

As hard as it is, I've found that telling the stories of the people I've lost to addiction helps others understand that the illness is far more complex than they may imagine. In my experience, the most effective way to get the point across is by explaining the factors that contributed to the addiction of a family member or friend — because many people with addiction have dual diagnoses of depression, anxiety, PTSD, and eating disorders. On the surface, it may appear that they're simply looking to have a "good time" — but people often abuse substances like alcohol, cocaine, and heroin because they provide temporary relief from an extremely painful daily existence. Being vocal about addiction fosters empathy and compassion for sufferers, and that's something they desperately need.

3. Being Outspoken Sends The Message That There's Nothing To Be Ashamed Of

Shame and guilt frequently impede the recovery of people suffering from addiction. Every time we speak out, even in a small way, we send the message that this shouldn't be a taboo topic and no one should be ashamed of suffering from addiction, or being the friend/relative of someone with the illness. Shame deters people from seeking treatment, and this can ultimately cost them their lives.

To be clear, once someone is in treatment, they are responsible for taking recovery into their own hands and the fact that it's an illness shouldn't be used as an excuse to not fully commit to treatment. But, like every other mental illness, there are often setbacks and relapses — and people in treatment need to know that one setback doesn't mean they are undeserving of continuing the treatment that will restore their physical and mental health.

4. It Helps People Recognize The Warning Signs In Themselves & Others

It's often difficult to pinpoint the moment substance use turns from a recreational activity (albeit an unhealthy one) to an addiction — and, of course, only a doctor can diagnose someone with addiction disorder. But, when we educate ourselves and one other by speaking out and listening, we're far more likely to recognize that someone in our life may be suffering from addiction.

In some cases, we may be the ones to realize that our own nightly drinks have turned into an unhealthy crutch. In other cases, we may notice that our good friend has increased their drug or alcohol use in a troubling way. When everyone is more vocal about addiction, we'll feel more comfortable starting a conversation with a loved one who we think may be on the road to addiction. And if we are worried about our own substance use, it's easier to ask for help if we live in a society where there's an open dialogue about addiction.

Being vocal and outspoken about addiction isn't easy, but that's precisely why we need to foster an open dialogue about the illness and educate those around us. Although I'm afraid the stigma will always exist, I hope that I'll never again be the only person in the room who believes it's a tragedy when a person loses their life to addiction.

More like this
The Viral 'Little Miss' Franchise Is Focusing On Mental Health Next
By Darshita Goyal
The Best Time To Date After A Breakup, According To Experts
By Bustle Editors
25 Things I've Reduced My Life To, In Addition To WFH In My PJs
By Ginny Hogan
Why Experts Say Sleeping With A Fan On Isn’t Totally Risk-Free
By Sophie McEvoy
Get Even More From Bustle — Sign Up For The Newsletter