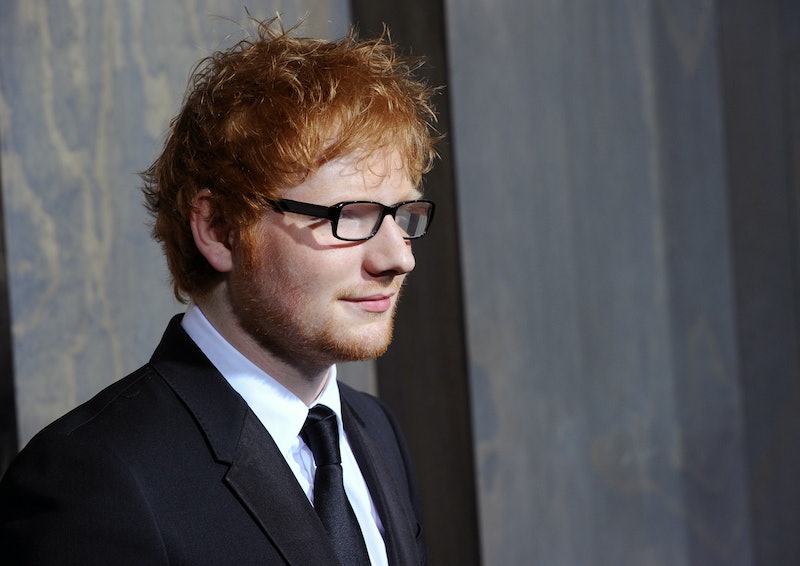 The life of Triona Priestley was revolutionized in an instant thanks to something that began as a Twitter campaign. Ed Sheeran made her dying wish come true just before Priestley succumbed to her battle with cystic fibrosis by serenading her with her favorite song, "Little Bird." The 15-year-old, who was in the final stages of her illness, revealed her desire to have Sheeran sing to her last week and her family and friends took to Twitter to make it happen.

Most of the time, Twitter seems like a place that just invites scandal and harassment. Sure, it gives you more access to your favorite celebrities than you can get anywhere else, but is there such a thing as using that power responsibly? Demi Lovato's fans just used their Twitters to sling death threats at Kathy Griffin and let's not forget the bizarre and incestuous April Fools' day joke Bieber fans used the website to pull. Sometimes, however, the website's powers can be used for its ultimate good and that was the goal that Priestley's friends had in mind when they became determined to do one last thing for their dying friend.

On Saturday, under the hashtag #SongForTri, her friends begged the people of Twitter to help them trend the campaign so that Sheeran would see it and grant Priestley's wish. #SongsForTri trended on Sunday and the story was picked up by Independent.ie and Make-A-Wish Ireland on Monday.

"She knows Ed is one busy man and had hoped he might give her a call in Temple Street Hospital and sing a few notes down the phone," one of Priestley's friends wrote to Independent.ie. Sheeran sang her to sleep before lunchtime with his rendition of 'Little Bird' and she passed away shortly afterward. The singer honored her memory on his Twitter on April 1.

Even with Twitter giving everyone direct access to their favorite stars, it can be easy to fall into the trap of thinking that someone like Sheeran, who currently has 9.18 million followers, is too busy or too inaccessible to reach out to each fan individually no matter how badly they want it. #SongsForTri proved that assumption very wrong with beautiful results. Rest in peace, Triona Priestley.

More like this
Confusion Reigns After Kanye Changes His Instagram Profile Pic To Kris Jenner
By Jake Viswanath
The 'Ted Lasso' Cast Singing Along To “Sweet Caroline” Is Pure Gold
By Sam Ramsden
The Try Guys Cheating Scandal, Explained
By Grace Wehniainen
The Real Reason Russell Brand Decided To Quit YouTube
By Sam Ramsden
Get Even More From Bustle — Sign Up For The Newsletter