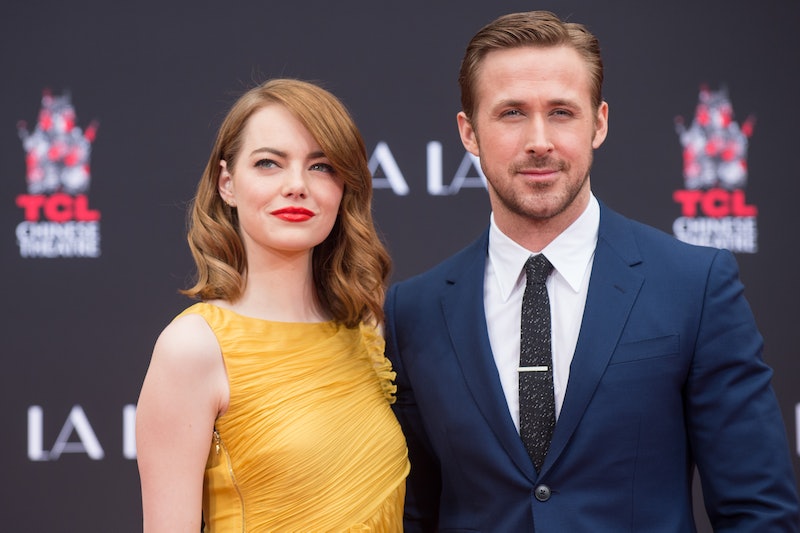 It's the best time of year, you guys. No, I'm not talking about Christmas and the holidays — I'm talking about awards season, which officially kicked off earlier this month with the Grammy nominations and came into full swing on Monday morning when the 2017 Golden Globe nominations were announced. Like always, the Globe nods were full of surprises, with plenty of dark horse actors, shows, and films making their way into the race, and other expected honorees not picking up nominations. All in all, Tuesday's announcement definitely shook things up, and making 2017 Oscar predictions based on the Golden Globes is now no easy task.

That doesn't mean I'm not up to the challenge, however. While, in general, the Golden Globes tend to be a bit looser than the Oscars when it comes to giving out nominations due to the larger amount of categories, the show is still often a good precursor for what to expect at the Academy Awards. How things went down with the Globes' nominations will certainly have an impact on what actors, directors, and films will earn those coveted golden statues in 2017, so here's what I think will happen come Oscar-time now that the Globes nods have been announced:

For months now, La La Land has been considered an Oscar frontrunner, and the several Golden Globes nominations it received Tuesday morning should give it another boost. The musical film earned nods for Best Picture, Best Director, Best Actress, Best Actor, Best Screenplay, Best Song, and Best Score, so you can expect it to sweep the Academy Awards come February.

Another year, another all-male Best Director list. There's a good chance that the Oscars will repeat the Globes and honor exclusively men in this category, and while it's possible that Ava DuVernay could sneak in thanks to her acclaimed documentary 13th, it's far from a guarantee. Sigh.

It's unlikely, but it could happen. The Globes honored Streep for Best Actress in a Musical or Comedy for Florence Foster Jenkins, but since the Oscar categories aren't split like that, the iconic actor likely won't make the cut alongside favorites like Emma Stone and Natalie Portman. Still, the fact that Streep did earn a Globes nod makes her earning a 20th nomination a possibility.

There'll Be A Lack Of Diversity (Again)

Is anyone surprised? Despite the Globes' TV honorees being a diverse mix of actors, the actors nominated in the leading movie races were largely white. The Supporting categories fared better, with actors like Viola Davis and Naomie Harris earning nods, but still, it's looking likely that the Oscars will be predominantly white.

Although most people have yet to see Passengers, Jennifer Lawrence and Chris Pratt's space-set romance, many assumed that it'd be an awards season darling, due to the prestige of its stars. Yet the fact that it didn't earn any Globes nods doesn't bode well for its chances at getting any Oscars.

Best Actress Will Be The Toughest Category

The Globes didn't change the already-established fact that the Best Actress Oscar competition will boil down to Natalie Portman vs. Emma Stone, but it did add some other high-quality contenders into the mix. Ruth Negga, Amy Adams, and Annette Bening were all expected to earn nods, but the additions of Streep, Jessica Chastain, Isabelle Huppert, Hailee Steinfeld and Lily Collins make things interesting. I'd say that of those, Huppert, Chastain, and possibly Steinfeld have a chance of taking a spot from the frontrunners, which could make the Best Actress race incredibly tough.

Deadpool Has A Shot

Happy awards season, everyone! May the odds be ever in your favor.