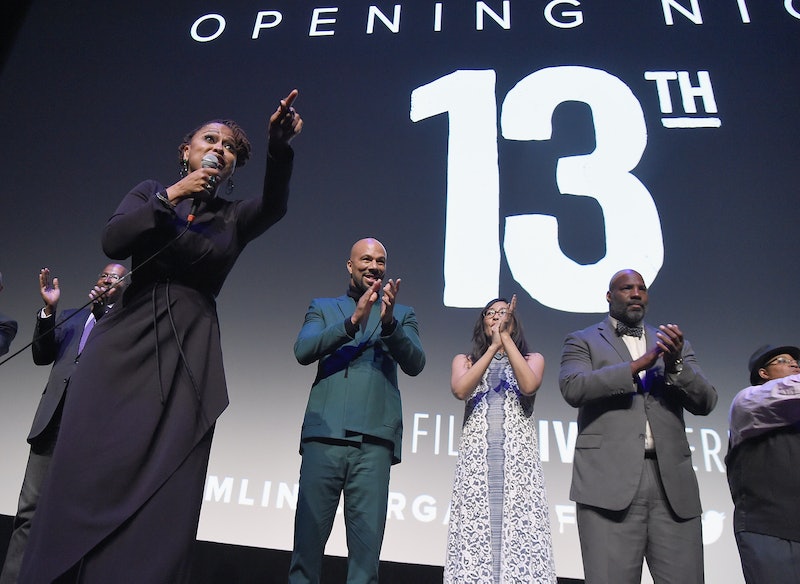 I wish I could tell you that it's Groundhog Day, and that all of this will go away just as soon as you trick Andie MacDowell into falling in love with you, but sadly this is real life, and no female directors were nominated for a 2017 Golden Globe. The nominations were announced Monday morning, and I'd love to say that I was surprised to see the all-male list, but sadly, there weren't really any female-helmed projects even in contention, so this is hardly a shock. In fact, that might be the worst part of the nomination reveal: My own lack of surprise. As soon as the list of Best Director nominees was rounded out — Damien Chazelle for La La Land, Tom Ford for Nocturnal Animals, Mel Gibson for Hacksaw Ridge, Barry Jenkins for Moonlight, and Kenneth Lonergan for Manchester By The Sea — I was already talking myself down.

"Well I can't be too bummed," I reasoned, "because who were they going to nominate, honestly? I would've loved to see Ava DuVernay get a nod, but The 13th really blurred the line between movie and documentary, so could it even have been considered?" Wait, what? No no no. If anything, the fact that there weren't a plethora of movies in contention that could have addressed this issue highlights the problem instead of erasing it. This turn of events, which so closely mirrors the events of most years, is proof that we haven't done a good job of addressing this disparity at really any level. After a year like 2015, where no female directors were nominated — or 2013, 2011, 2010, 2008, and I could go on — I would've hoped to see their absence addressed with new initiatives to encourage or reward women for breaking into the industry, like greenlighting more female-led productions or a mentorship program for young female filmmakers. Even an award honoring up-and-coming talent in the industry would have felt like a step in the right direction.

But instead, it feels like the industry is taking a step in no direction, preferring to maintain the status quo and hope things change on their own, and until more of an effort is made on lower levels to make the industry more inclusive, we won't see that diversity reflected at award shows. I think we've discovered by now that ignoring the problem doesn't work, and in fact only makes it worse, so if we want to make progress on diversifying Hollywood, it has to be a concentrated effort, as demonstrated by people like Ryan Murphy, who in June announced his intention to "have 50 percent of all director slots on his shows filled by women, people of color and members of the LGBT community." And instead of just saying that out loud and hoping it happens on its own, which is how it feels like award shows like the Golden Globes address these issues, he states he'll make that happen by immediately beginning, by beginning "outreach efforts at colleges to align candidates with mentors."

And guess what? It's been working. The embarrassing industry standard is that 17 percent of directing jobs go to women, and with this new push of Murphy's, he's given them 60 percent, beating his own goal. So feel free to snag that template, Hollywood, and let's make some forward progress on this issue. This is an industry, after all, so let's make it work.