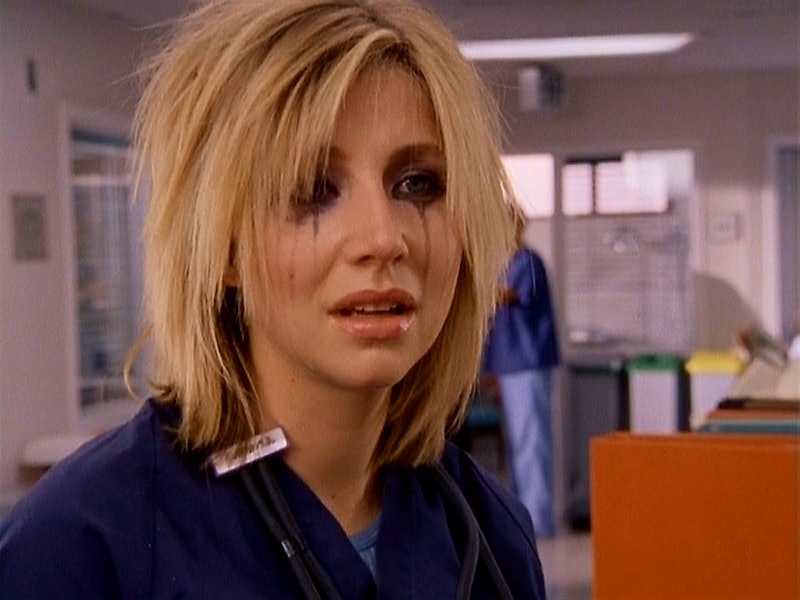 This just in, and continuing to just be in, endlessly and in perpetuity and to the great dismay of the keyboard you've been bashing your head on since June — 2016 is a terrible, terrible year. And now that it is drawing to a close (is it, though?), there is no more fitting send off than the "Me at the beginning of 2016 vs. me at the end of 2016" meme that has been trending on Twitter. As you have no doubt seen by now, the tweets constitute two images: one representing the sweet summer children full of life and hope and faith in humanity that we once were, and the other representing ... well, whatever the heck we all are now.

And because misery sure does love company, this format has gone viral beyond your wildest nightmares! If you are also waiting for this year to end, but also hoping that it doesn't because who even knows what horrors the next four years have in store, then the literal only good news is that you're not alone. Here is a sampling of what may just be the very last meme of 2016 — that is, if the end of 2016 ever actually comes.

"I'm On An All Horror Diet"

The Grass Is Always Meaner On The Other Side

@ Heart Of The Ocean — Just Stay Down There, Yo

Real Talk, Though, Teen Vogue Is Killin' It

For worse or for even worse than you ever imagined, y'all, at least there is some comfort in knowing you aren't alone. So if you too are in a state of panic, despair, rage, or some unbearable mix of all three, we will use it to band together and survive whatever fresh hell and savage memes 2017 will bring. Merry "End of 2016" to all, and to all a good fight.